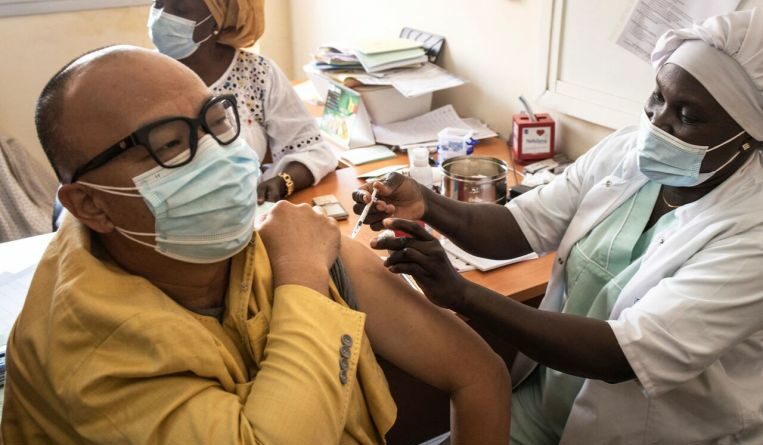 MBAO, SENEGAL (AFP) – While people around the world wait impatiently to be vaccinated against Covid-19, an inoculation site in Senegal was empty on a recent day – a sign of the ambivalence nationwide.

Though jabs are free and available without appointment at the Mbao health post, outside the capital Dakar, there were no takers, leaving nurses to chat to pass the time. Shots also did not appear to be in high demand at other Senegalese health centres visited by Agence France-Presse.

“People are in no rush to get vaccinated,” one health worker in Mbao said on condition of anonymity because she was not authorised to speak to journalists. “A woman told me she doesn’t trust it because it’s free. She’s waiting for it to be sold in pharmacies to buy it.”

The reticence in the West African nation is multi-layered. Many Senegalese have had doubts about the seriousness of Covid-19 from the start, and widespread scepticism about vaccines only grew with concerns over the AstraZeneca jab’s possible link to rare blood clots. The shot by the British-Swedish firm is one of two available in Senegal.

Vaccination officials in the religious city of Touba were quoted in local media saying that after a good start, supplies of the Chinese Sinopharm vaccine and AstraZeneca jab were now languishing. They warned against the risk of losing a portion of the 7,000 remaining doses of AstraZeneca out of 8,000 delivered since they could expire.

‘Did not show up’

National vaccination coordinator Ousseynou Badiane said there had been some difficulty in convincing people. The government had planned to prioritise vaccination of health personnel, the elderly and those with co-morbidities, which amounts to around 3 per cent of the population.

“We have already administered more than 70 per cent of the doses we were supposed to administer,” he said.

But the government quickly increased availability to 20 per cent of the population since “priority people did not show up”.

The authorities had initially set up online appointment booking, and when vaccination services called the registrants, some “asked if it was AstraZeneca” and preferred to wait, Dr Badiane said.

Without official communication, word began to spread on social media that it was possible to be vaccinated without an appointment – a godsend for some.

“I came to be vaccinated to protect myself,” said Ms Rokhaya Samb, who was leaving a centre in Dakar. “My husband doesn’t want to be immunised, and when I came he tried to talk me out of it.” About 15 people had shown up that day, including expatriates who live or work in the neighbourhood. At the beginning, the wait had been a few hours. Now it is reduced to around 30 minutes at most.

Senegal has acquired 200,000 doses of Sinopharm on its own, 10 per cent of which has been donated to neighbouring Gambia and Guinea-Bissau. It has received more than 300,000 doses of the AstraZeneca jab as part of the international Covax programme intended to ensure access for poor countries. More than 362,000 people have been vaccinated out of a population of around 17 million.

“There is reluctance but it is difficult to measure,” said Dr Badiane.

On the positive side, the number of infections and deaths has been decreasing in Senegal for weeks.

Life is also gradually returning to some form of normality since the government lifted a curfew and other anti-Covid restrictions following serious unrest in early March.

Many people in Senegal are far more preoccupied with earning a living in a country where three-quarters of the population are under 35 and in theory less exposed to a serious form of the illness.

Dr Babacar Niang, head of Suma Assistance private health clinics, said he has received calls from patients asking him about the need to be vaccinated.

While scepticism over the AstraZeneca jab forms part of their concerns, some also ask about conspiracy theories, such as the “story of nanocells that are going to be put in us to spy on us”, he said.

There have also been questions about a conspiracy theory that has haunted other African countries when it comes to various vaccines – that Europe and the United States are plotting to decrease African fertility. Others wonder too whether vaccinations are simply a profit-grab for the authorities and pharmaceutical companies, Dr Niang said.

Despite all of that, stocks are gradually dwindling. Senegal is expecting new deliveries soon, said Dr Badiane, but he does not rule out the risk of a shortage which would further slow down the campaign.