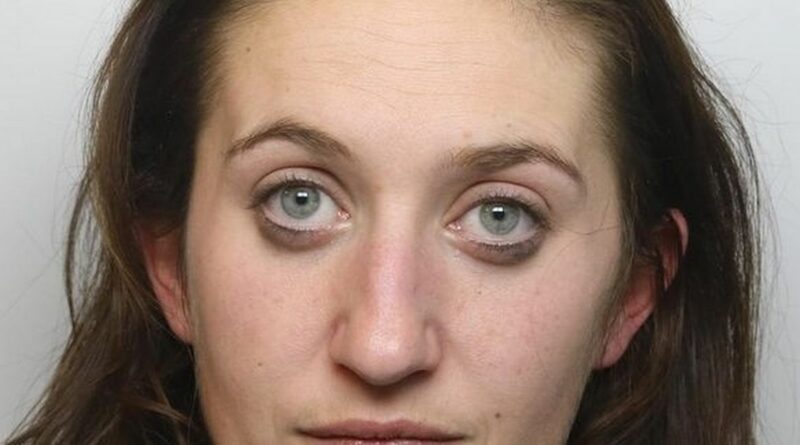 A coked-up drink driver killed a beloved dad-of-five by smashing into him before jumping in her boyfriend’s van to flee.

Booze-loving Gemma Clout, 32, had to step over a severely injured Patrick ‘Paddy’ Gerrard Moore in order to leave the crime scene.

Clout was jailed for six years yesterday after admitting causing the death of the 62-year-old, The Liverpool Echo reported.

His devastated daughters were forced to scrub their dead dad's blood from the pavement following the crash.

Clout was picked up from the scene by her boyfriend who took her to her grandmother’s home, where she tried to ensnare her as an alibi, begging her to lie to cops that Clout had been there all night.

When officers from Cheshire police arrived, Clout – who had completed a counselling diploma during the day – claimed her car must have been stolen.

She was arrested and taken to Blacon police station in Chester at around 2.30am where she was deemed unfit to interview.

Meanwhile her grandmother told the police the truth, and officers found a full and empty bottle of vodka at Clout’s home alongside white powder.

She admitted five days later that she “lost control” of her car while under the influence of drink and drugs.

A witness, Daniel Henderson, was a passenger in a passing car. He saw a “distressed” woman in the drivers seat of the Punto.

She was trying to get out the crashed car but the door was "wedged shut", so she clambered over the gear stick and out the passenger side.

Mr Henderson saw a white van pull up, and Clout’s boyfriend Aaron Ryan got out and said he knew Clout and would help her. Ryan was driving the van uninsured.

At 11.30pm, passers-by Alan Campbell and Charlotte Richardson also saw the Punto, which by 11.30pm was empty with no engine running but still had its lights on.

They found the passenger door open, and after spotting a “large hole in the windscreen and a quantity of hair stuck to the edge of that hole”, they spotted Mr Moore lying “badly injured” near the passenger side.

Mr Philpotts said: “It appears when the defendant got out of the vehicle, she must have had to step over Mr Moore”.

The dad-of-five underwent surgery at Aintree University Hospital and spent 158 days fighting for his life unable to speak or move and enduring repeated infections before life support was withdrawn on March 11.

In court his daughters read separate victim personal statements, including harrowing details of the devastating loss of their father – their mother having already died.

They also described experiencing flashbacks of cleaning the blood from the scene of the crash as well as the ordeal of his fight for life in hospital.

Clout pleaded guilty at the first opportunity in crown court on December 8 to causing death by dangerous driving, failing to stop, and driving with excess alcohol, cocaine and its metabolite benzoylecgonine.

Simon Berkson, presiding, said the case was “properly described as a tragedy” and sentenced Clout, of Folly Farm Close, Warrington, to six years in prison, with a four-year driving ban to start when she leaves custody, with an extended retest.

Sending her down at Chester Crown Court, Judge Berkson said: “[Mr Moore] was taken before his time by your selfish and dangerous actions”.

Ryan had been dealt with at a previous hearing for putting the safety of passengers at risk, and was sentenced to eight-weeks behind bars, suspended for a year, and banned from driving for 12 months.

Brother of Olympic gymnast Simone Biles is charged in triple-murder