The TalkTV Leaders debate between Rishi Sunak and Liz Truss has been abruptly halted, and the channel taken off air after an incident in the studio.

Truss, who is vying with Sunak to be the next Prime Minister, was talking when a loud crashing noise was heard in the studio.

She was shown looking horrified by something in front of her before the feed abruptly cut to a message stating that they were "working hard to fix the issue".

Truss was seen mouthing "Oh my god" during the strange incident.

The debate – the second live debate between the Foreign Secretary and former Chancellor to take place this week – was still off air around 15 minutes after the being halted.

It started at 6pm and was due to run until 7pm.

Ian Collins took to the air at 6.47pm and described it as a "medical issue", and said that it was being attended to as quick as possible.

He also confirmed that the debate was still taking place while the incident was being dealt with, albeit off air and with the studio audience only.

He said: "That debate is still happening, and we will bring you coverage from that as soon as possible".

The debate was actually a good-natured one, with Liz Truss wishing Rishi Sunak a "happy birthday" before the debate began – which is in stark contrast to the pair taking shots at each other the night before during the live BBC debate. 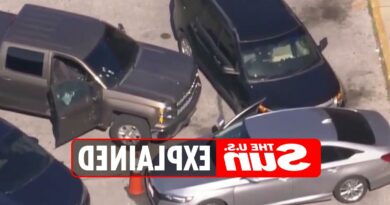 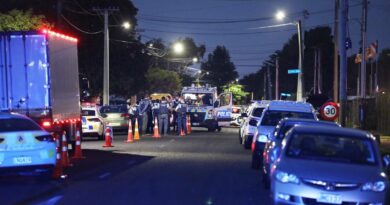 UK told to make paracetamol in Britain amid shortages