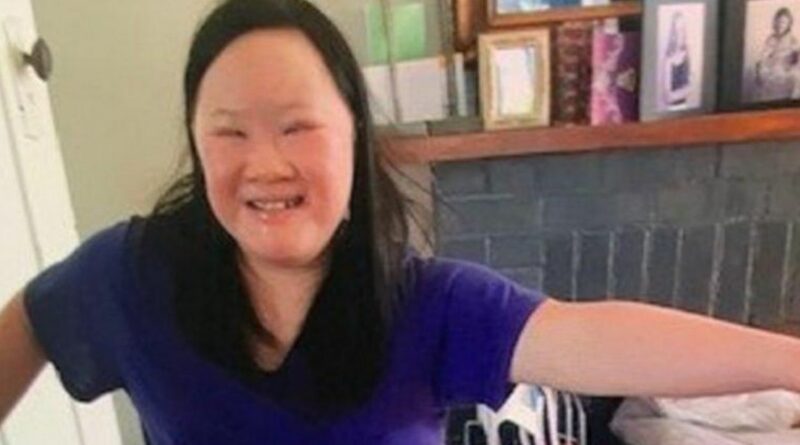 A murder investigation has been launched after a woman with Down's syndrome was killed during her "regular" morning walk in New Zealand.

Lena Zhang Harrap, 27, left her home to go on a peaceful stroll to a park at around 6.30 am on Wednesday, September 23, but never returned.

Her body was found later on that same afternoon after she was reported missing, hours after leaving her home in Aukland.

Detective Inspector Aaron Pascoe said: "Lena was a young lady, she was small in stature.

"She was vulnerable and whoever the offender or offenders are, have targeted a vulnerable member of our community, which is just appalling.

"We are determined to get to the bottom of this investigation and identify any person or persons who is responsible for her death."

Detectives on the case have since released CCTV images of a man that they would like to speak to as a "person of interest."

The man, who was seen wearing a blue jumper, was caught on camera near the area where Lena’s body was discovered.

He has been described as dark-skinned, has balding hair, a distinctive mark on his forehead and was wearing a mask.

Lena's neighbours have since paid tribute and said she was well known in their suburban area.

"[She] was a beautiful, funny and delightful soul," neighbour Michelle McGee told the NZ Herald.

"My heart is aching at this moment for her and her family. She has touched so many other people's lives like she did my own and my children, just with her presence or the soft-spoken lady she was."

The 27-year-old's death has sent shock waves through the disabled community.

"This is absolutely devastating news, and our community are currently coming to terms with it," education trust UpsideDowns said.

Residents have been assured that police are working around the clock to ensure their safety.

"We know the local community will be shocked and saddened," said Detective Pascoe.

"As a result we've increased reassurance patrols in the area, as well as having our investigations staff doing door-to-door enquiries."