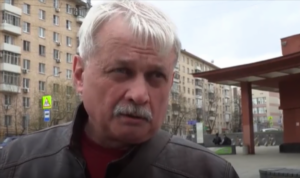 People in Moscow were asked why they think the West is sending weapons to Ukraine to help them fight Russia. With the ongoing battle in neighbouring Ukraine, Russian State media outlets have been working tirelessly to warp the reality of the invasion. Russians are not allowed to call it a war, but instead, an operation, if they are caught calling the batter a war they face imprisonment. Moscow residents gave various answers as to why Ukraine was being helped, some said they are only doing it for money whilst other civilians claimed they are helping Ukraine defend themselves.

One Russian man said: “To put pressure on us, that’s why they chose Ukraine.

Another man added: “To turn (Ukraine) against us.”

One Russian man added: “I think they are helping Ukraine to defend itself.”

Another Russian civilian said: “To make the war go on instead of stopping it.

“Why do you put firewood in a stove? to make a stronger fire.”

Another Russian civilian answered: “They want to conquer Russia.”

A Russian lady added: “Because they hate Russia and want it to become weak.”

It is a privilege to be able to travel to Ukraine and meet President Zelenskyy in person in Kyiv today.

Ukraine has defied the odds and pushed back Russian forces from the gates of Kyiv, achieving the greatest feat of arms of the 21st century.

“It is because of President Zelenskyy’s resolute leadership and the invincible heroism and courage of the Ukrainian people that Putin’s monstrous aims are being thwarted.

“I made clear today that the United Kingdom stands unwaveringly with them in this ongoing fight, and we are in it for the long run.

“We are stepping up our own military and economic support and convening a global alliance to bring this tragedy to an end, and ensure Ukraine survives and thrives as a free and sovereign nation.”

Twitter users have been reacting to Moscovite’s thoughts on the West sending Ukraine weapons.

@Lvcentric said: “There were a few glimmers of understanding in that sea of propaganda consuming idiocy.”

@Brianliberal777 said: “So the people in Moscow think it’s okay to roll the Russian army into Ukraine… Do they know that this video will be seen in Ukraine via Star link and that Moscow is closer to Kyiv then the Donbas is… KARMA IS A BITCH !”

@Epidul said: “Why supply weapons yet many are hungry all over the world.”

@Jeremyr1 said: “This is why. There is only a war, and reduction in food supplies because one man decided to attack another independent country. And his army commits appalling crimes wherever it goes.”

@Jtunnloki1 said: “The Russians are smoking something that’s making them deluded and dumb. I laughed when I read “because Russia is undefeatable”. That’s like saying “the Titanic is unsinkable.” 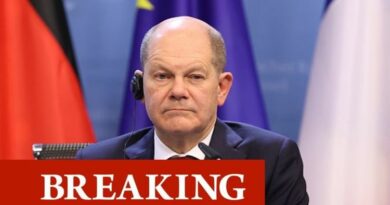 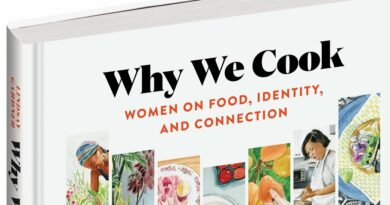 A Book to Inspire in the Kitchen