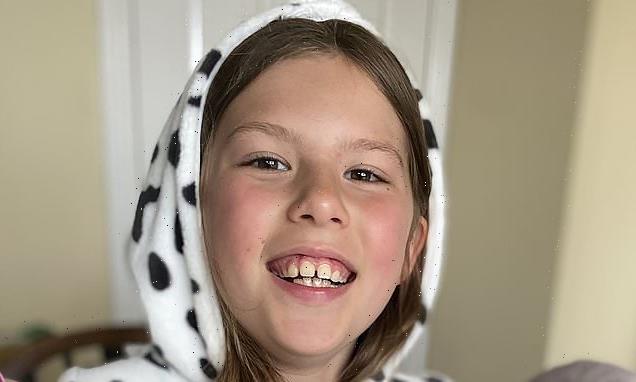 A treatment to reduce and potentially eliminate peanut allergies in children is set to be made available in the UK.

Children aged four to 17 will be the first in Europe to receive the licensed drug, which reduces sensitivity to the food by exposing them to a small amount of peanut allergens over several months.

The treatment, called Palforzia, reportedly costs up to £8,000 per patient per year, but will be offered at a discounted price after a deal was struck with NHS England. 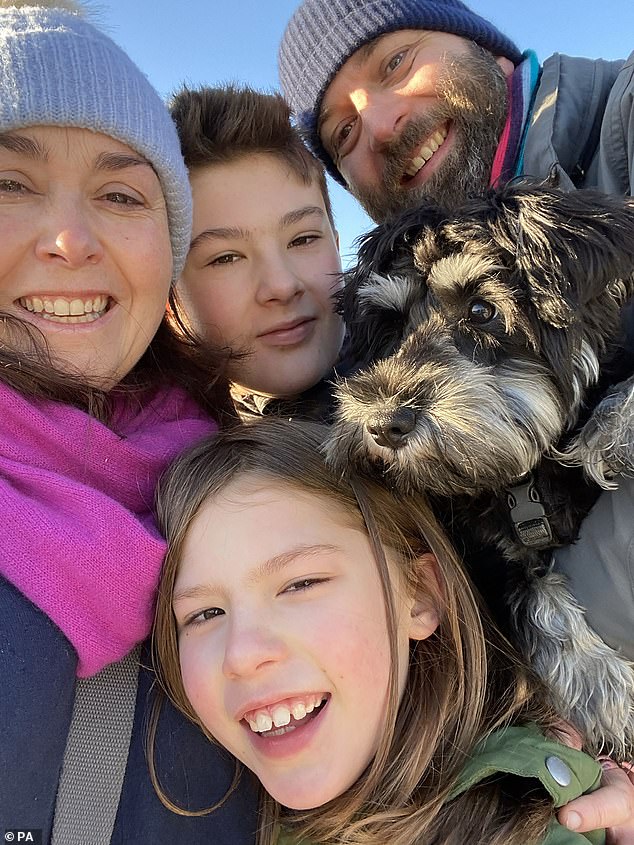 Emily Pratt (centre), aged nine, has been treated for a peanut allergy through a medical trial at Evelina London Children’s Hospital. Her mother, Sophie Pratt (left), said it had ‘changed our lives’

After the drug was approved by health watchdog the National Institute for Health and Care Excellence (NICE), which will publish guidance on its use in February, the NHS will have three months to make Palforzia available.

Up to one in 50 children in the UK have a peanut allergy, which can cause life-threatening anaphylactic shock when their immune system over-reacts to the food.

Professor Gillian Leng, chief executive at NICE, said: ‘While it is rare for a peanut allergy to be fatal in the UK, the consequences of accidental exposure to peanuts can be severe, with some people needing to self-administer adrenaline and have emergency care if they are exposed to peanuts.

‘I am pleased that we’re able to recommend a treatment that could improve the quality of life for children and young people with a peanut allergy, and their carers.’

Peanut allergy develops early in life, is rarely outgrown, and there is no cure.

However, British studies have shown that giving peanut butter to high-risk babies –those who have eczema or are sensitive to certain foods – can more than halve their risk of developing an allergy to peanuts, if done in the first three months.

There has been a general shift in medical thinking away from avoiding peanuts at all costs to carefully building up children’s tolerance.

Palforzia takes this approach to children who already have a peanut allergy.

The drug, made by Aimmune Therapeutics UK and taken as a capsule or powder, contains gradually increasing amounts of peanut protein, increasing the body’s ability to tolerate small amounts of peanut and helping to reduce the severity of allergic reactions when exposed to it.

Children will receive a monthly dose of the drug, enabling tolerance to be carefully built over time. 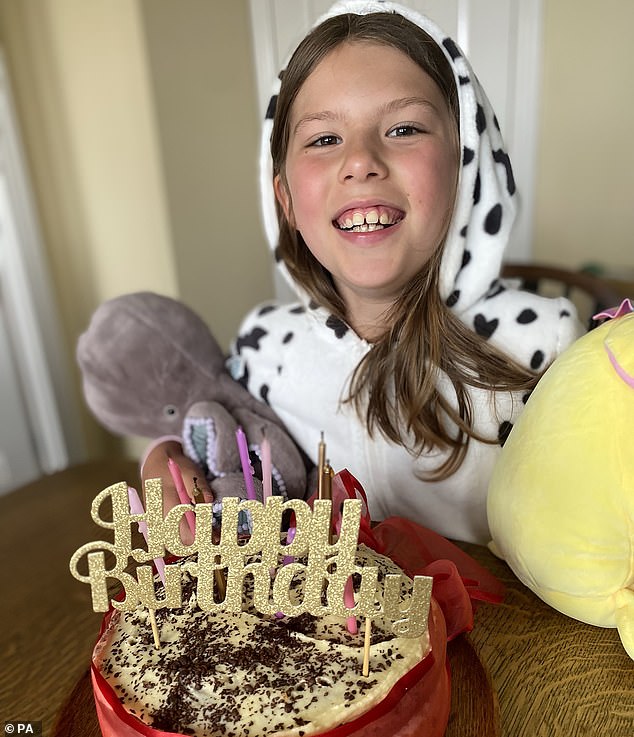 Children aged four to 17 will be the first in Europe to receive the licensed drug, which reduces sensitivity to the food by exposing them to a small amount of peanut allergens over several months. Pictured, Emily Pratt, who took part in a peanut allergy trial

Emily Pratt, aged nine, has been treated for a peanut allergy through a medical trial at Evelina London Children’s Hospital.

Her mother, Sophie, said it had ‘changed our lives’, adding: ‘Emily is free from limits and the fear that the tiniest mistake could put her life at risk.’

Professor Stephen Powis, NHS medical director, said: ‘This pioneering treatment can be life-changing for patients and their families.

‘It will reduce the fear and anxiety for patients and their families who may have been living with this allergy for years, and carrying around emergency medication just in case.’