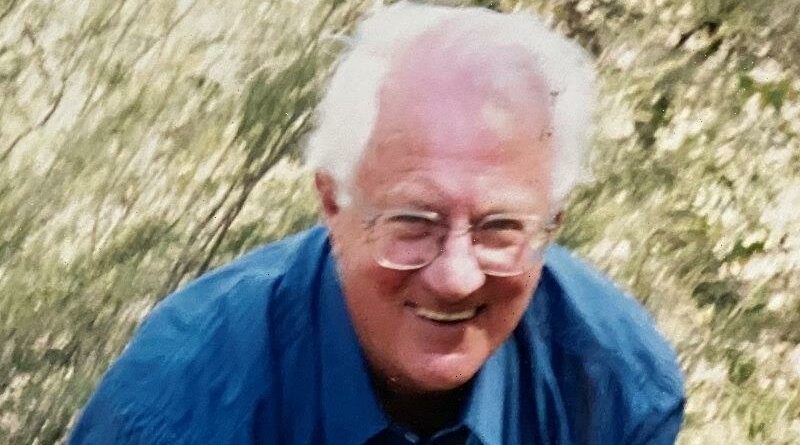 Early in Peter Fensham’s life his father Horace’s cabinet-making business became sorely affected by the Depression: he recalled, as a young boy, the men still coming to work in the yard because his family would offer them meals and whatever salary could be afforded. These years shaped Peter’s lifelong sense of social justice. His mother Freda, from a Wimmera family of teaching women, died when he was eight – a loss that was devastating and formative for Peter and his sister, Gwennyth, as the family strongly suspect she was the source of his remarkable intellect.

At school, Peter, who was born in Camberwell, excelled in both the classroom and the sports ground, later being offered at 17 an opportunity to train with Hawthorn in the VFL. He gained scholarships to attend Melbourne Boys Grammar and Melbourne University, and then to undertake his doctorate in chemistry at the University of Bristol in 1950.

In Britain, he met his life partner Christine, and they developed their version of what it means to be a Christian through a group called the “over-20s”. In their eyes, Jesus was a politically active socialist, who provided the example for their lives. During a post-doctoral year in America at Princeton, Peter learnt to swim (just) and got his driver’s licence, both conditions from Christine before she would marry him. It was at this time he was influenced by new research in social psychology, including by the work of Oliver Zangwill at Cambridge University, and he applied there to complete a second PhD on the effects of automation on the textile industry.

It was with this combination of scientific observation and quantitative methods alongside his support for the qualitative understanding of social conditions that his future career was shaped.

Upon returning to Australia with Christine in 1955, Peter began a teaching and research career in chemistry. He began to shape a stellar career in science education, and in 1968 he was appointed to Monash University as the first Australian professor in that field. This role in the Faculty of Education, including a period as dean, was for the next 35 years his passion and his vocation. 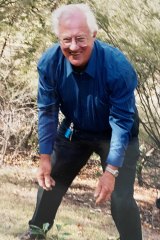 When colleagues were asked for a measure of his working life, they referred not only to his fierce and encompassing mind, but as much to his creativity and his unselfish sharing of ideas. As well as being a major international figure in science education he was highly esteemed and even loved.

Peter was always on the hunt for connections between ideas and people. His colleagues also spoke of his humility, recalling that he would treat everyone as his equal no matter their station in life. Foreign colleagues would come to Australia to meet the “great man” and he would take them to the footy with a home-made lunch, or to his wooden beach shack on his beloved Phillip Island.

Peter was devoted to making a better world and beyond his working life was dedicated to service in a wide range of institutions and organisations where he would navigate bold, if at times compromised, yet ethical and compassionate decisions.

Peter was an influential and hard-working contributor to the Australian Student Christian Movement, the Australian Labor Party (as a lifetime member), and numerous public policy development forums.

These included the Victorian State Board of Education, the national Schools Commission, the Victorian Environmental Education Working Party, as the Queensland Ambassador for Science Education. He was active in many aspects of the Uniting Church (with much work assisting refugees) and participating in the Walk Against Want and public demonstrations. He had an international network of friends and professional collaborators developed through sabbaticals spent in the US and Britain.

A devoted friend, husband, father of four and grandfather to nine, Peter had strong and deep feelings about adventure and discovery (including, with three kids, spending 24 hours crammed into a Volvo and entering every county in England in a bid to enter into the Guinness Book of Records).

A big man in the best sense, he soared above the petty, the self-centred and the misguided. He cared deeply about people, and his engagement was reflected by the power of his prodigious memory which could often recall a precise (and presumably accurate) conversation from decades ago.

He had a deep sense of morality, but his curiosity and hope for the best in people guided him away from being judgmental, particularly as he got older. He was open to personal growth and change until the end. We are profoundly inspired by Peter to find fascination with the world, but also a place that demands our attention for patient improvement.

Rod Fensham is one of Peter Fensham’s sons, and Richard Gunstone and Richard White were colleagues and friends for many decades. 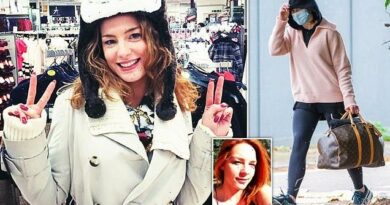 Escort jailed for over five years after conning 'sugar daddy' of £2.5m

Who else is joining Annunziata Rees-Mogg in Nigel Farage’s new party?