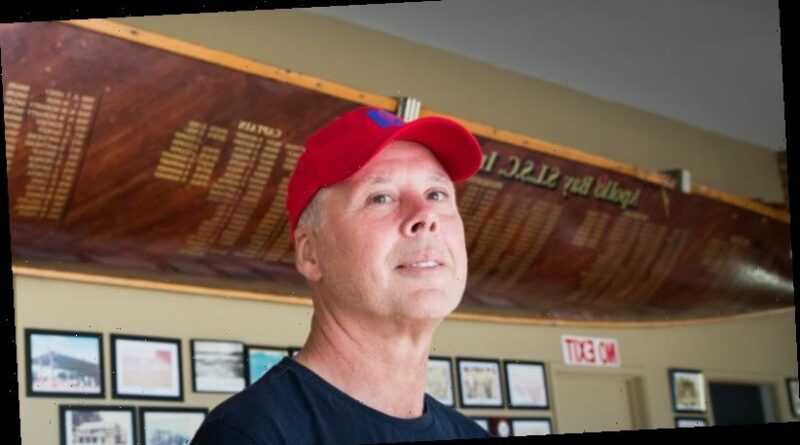 Thousands of school students would learn lifesaving skills each year under a plan to build the state’s first ocean safety centre in Apollo Bay as Victoria grapples with its worst spate of drownings.

The project’s proponents say the centre would bring a crucial economic boost and additional jobs to Apollo Bay on the Great Ocean Road, which is heavily reliant on domestic and international tourism. 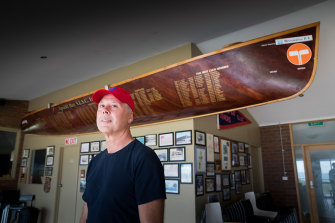 Coastal holiday hotspots have enjoyed a busy summer as Melburnians cut loose after months of lockdown, but face ongoing challenges with the end of the holiday season and the looming expiry of the federal government’s JobKeeper wage subsidy program.

The Victorian Blue Ocean Safety Skills Centre would educate up to 3000 school students a year under the joint initiative proposed by the Apollo Bay Surf Life Saving Club and Apollo Bay P-12 College.

The school would host students at onsite accommodation, while ocean training programs would be conducted at the club, which overlooks the beach.

Victoria has endured a record-breaking spate of drownings, with 43 deaths since July 1 last year, including 16 on the coast.

He said the students would learn to carry out basic rescues, recognise dangerous conditions and how to determine when it was too risky to enter the water.

Mr Gorrie said the project would cost $10.5 million but generate $23 million for the regional economy and help Apollo Bay recover from the financial damage wrought by the pandemic. His group has called on the state government for funding.

“The training facility will provide an economic shot in the arm to a regional area that has been hardest hit by the stalled international tourism market in the wake of the COVID-19 pandemic and the collapse of seafood exports to China,” Mr Gorrie said. 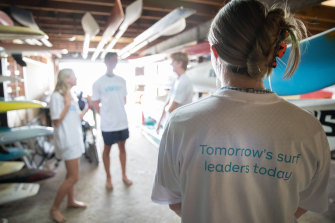 The project has the backing of Life Saving Victoria and has received $1 million from the federal government to begin planning for the redevelopment.

Apollo Bay had been a popular stopover destination for international travellers on the way to the 12 Apostles before the pandemic. China’s ban on Australian rock lobster has also hurt the local economy.

He said towns reliant on tourism needed to consider attracting other industries that were less exposed to international shocks. 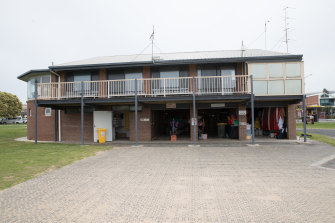 The Apollo Bay Surf Life Saving Club has not had a significant upgrade since it was built in the 1970s. Credit:Jason South

”Education is a really good move for a region, especially if they’re building on strengths they’ve already got,” he said.

Under the proposal, $7 million would go towards upgrading the Apollo Bay Surf Life Saving Club rooms, with $3.5 million allocated to building accommodation at the school.

Life Saving Victoria club development general manager Simon White said the Apollo Bay club had not had a significant upgrade since it was built in the 1970s.

He said the club lacked sufficient storage space, had no disability access and the change rooms were originally built for men only.

Mr White said local lifeguards would deliver the safety programs, which would provide employment for people living on the coast.

“It’s been driven locally, which is fantastic,” he said.

A spokeswoman for the state government said it was giving emergency services the resources to prevent and respond to drownings. This included additional funding for more lifeguards and patrols, after a “devastating summer on our waterways”.

“We receive many emergency services proposals for funding which are all carefully assessed – those who are successful will be announced in line with the 2021 budget,” she said.

Apollo Bay P-12 College assistant principal Brian Humphries said his school already had a focus on ocean safety, with students required to earn a bronze medallion – the minimum standard for a qualified lifesaver.

He said the proposed project would include space for up to 150 school students who could be accommodated on land owned by the college.

Mr Humphries said the proposed centre would train students to recognise the risks at beaches such as Marengo.

“The waves looked small that day, but as the tide fills in the rips pick up and that’s exactly what happened.”

“We need this centre and Apollo Bay is the place to do it,” he said. 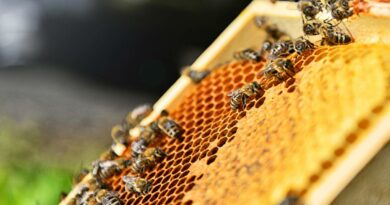