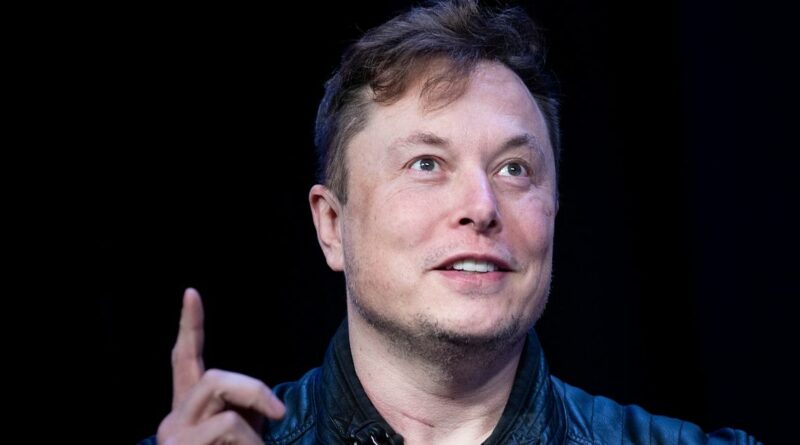 Elon Musk's plans to surround Earth with satellites could attract aliens across the universe, a scientist has claimed.

The SpaceX chief wants to put 40,000 into orbit to blanket the planet with internet coverage.

Astronomers fear the Starlink megastructure will obscure the night sky but one reckons its electrical signature could be detected by distant ETs.

Zaza Osmanov, a professor of astrophysics at the Free University of Tbilisi in Georgia, wrote in a paper : "Last year on May 24 the SpaceX launched the first set of 60 Starlink satellites and up to now the total number is approximately 400 aiming to reach at least 12,000 at the end of a decade program announced by Elon Musk.

"Such a huge number of satellites, distributed over almost the whole surface of the Earth might be considered as the first prototype of a possible megastructure around the Earth, which in principal, might be visible from the cosmos. “Here we extrapolate the idea of launching SpaceX’s Starlink satellites and study the possibility of building planetary megastructures by Type-I [planetary] civilizations and the consequent detection of their techno-signatures.

"We consider the possible observational characteristics of a planetary megastructure partially or completely covering an Earth-like planet located in the habitable zone."

Prof Osmanov studied how the electrical signature of Starlink could show up via signals in distant alien civilisations. She said the activity was similar to what Earth's advanced interferometers can already detect from other planets.

It comes after the SpaceX boss Elon Musk unveiled the latest design for the reusable Dragon spacecraft, which can ferry up to seven passengers to and from Earth orbit.

Tweeted with the caption “A new view for crew”, an image of the updated design shows a futuristic glass bubble canopy fitted to the spacecraft, allowing a unique 360º view of the stars.

The new design uses the space where the spacecraft’s docking adaptor would normally sit, because it’s intended not for missions to the ISS but for Inspiration4, a mission planned for September 15 that will take Shift4 Payments CEO Jared Isaacman, and three other civilian astronauts to space .

Musk boasted that the new design would offer the most ‘in space’ experience any astronaut would have.

NASA spokesman Josh Finch told The Verge that the agency doesn’t have any plans to fly the modified version of the Crew Dragon.

“As a fully commercial launch,” he said, “NASA does not need to approve SpaceX’s design for the company’s private missions.

"NASA will continue to maintain insight into SpaceX’s systems through our normal work, including SpaceX sharing flight data from non-NASA missions.”

Viking Sky arrives at Norway port after near disaster