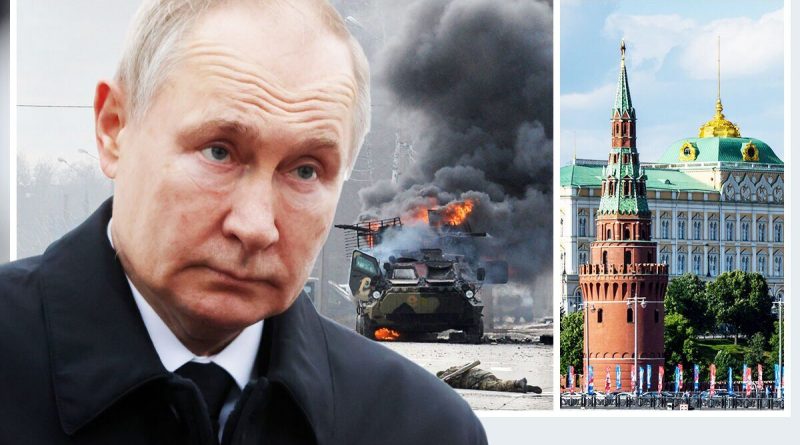 Vladimir Putin has been warned he faces “a very bleak future” with the possibility of a coup in Russia against him as he comes under huge pressure to quickly score a “significant victory” over Ukraine. Putin has seen Russia smashed by a series of devastating blows since the invasion of Ukraine began nearly a year ago, with tens of thousands of troops killed and valuable weapons and equipment destroyed. The Russian President could ramp up his efforts to win the war as the first anniversary of the conflict, with reports he could be preparing to mobilise 500,000 troops into battle.

A smaller mobilisation in September failed miserably as thousands of Russians attempted to flee the country – the strongest sign yet even his own people are turning against him over the war.

But Colonel Richard Kemp, a retired British Army officer who served for nearly 30 years, has now warned Putin needs a “significant victory in upcoming “major offences”, adding it could be the Russian leader’s “last roll of the dice”.

He told Express.co.uk: “There is still fighting between Russia and Ukraine on all fronts but at the moment there is relative inactivity as both sides are preparing major offensives in the coming weeks, and possibly months.

“We have Putin mobilising his forces, getting ready to send them into Ukraine – some are already there to give him a much-needed significant boost than he has had up until now to try and smash the Ukrainian army.

“This could be Putin’s last roll of the dice. The Ukrainians have taken a huge hit, but of course so has Putin.

“We all know things didn’t work out how we expected or how he conditioned the Russian people to expect, so he has to have a significant victory in the early part of this year if he can achieve it.”

But Colonel Kemp warned failure to achieve such a victory could prove disastrous for Putin and set in motion a plan to oust the Russian President from power.

He continued: “If Putin can’t achieve that significant victory, it could be a very bleak future for him with the possibility of some kind of coup in Russia against him. He will be very mindful of that possibility.

“Putin remains in a very strong position and still has huge popularity within Russia, despite this war. But we have also seen rumblings from some of the elites within Russia, for example from the head of the Wagner Group.

“The prospects of a popular Russian uprising against Putin are pretty low but the prospect of someone of significance in Moscow or a significant number of people deciding to move against him is possible.”

These warnings come with Russian Foreign Minister Sergey Lavrov claiming Russia is “almost” in a conventional war with the West as the Kremlin fumes at the level of support for Ukraine.

Ukraine’s allies from the West from across Europe and the US are continuing to pledge billions of pounds in in military aid to help the war-torn country fight off Russia’s invading forces.

During a state visit to South Africa on Monday, Lavrov claimed the ongoing war with Ukraine could no longer be branded a “hybrid” conflict and is now “almost a real one.”

He said: “It is well known that we supported the proposal of the Ukrainian side to negotiate early in the special military operation and by the end of March, the two delegations agreed on the principle to settle this conflict,’ Lavrov said.

“It is well known and was published openly that our American, British, and some European colleagues told Ukraine that it is too early to deal, and the arrangement which was almost agreed was never revisited by the Kyiv regime.”

The Russian Foreign Minister met with South African counterpart Naledi Pandor. She said that her country is trying to support a “peaceful resolution” in Ukraine.

Ms Pandor added: “We are fully alert that conflict, wherever it exists in the world, impacts negatively on all of us, and as the developing world it impacts on us, particularly as the African continent.

“This is why as South Africa we consistently articulate that we will always stand ready to support the peaceful resolution of conflicts in the continent and throughout the globe.” 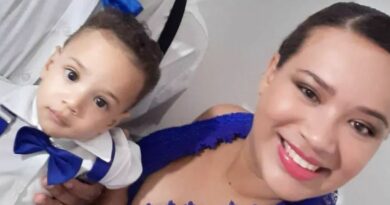 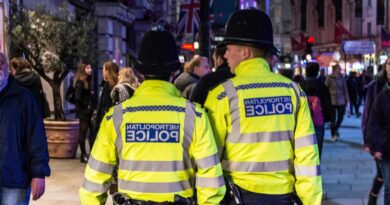