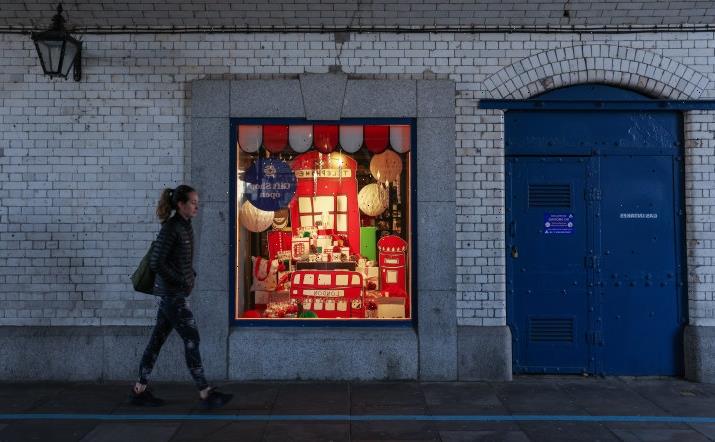 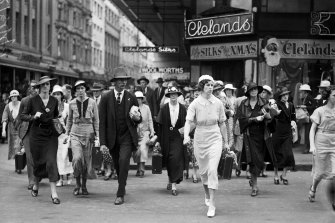 No wonder they look somewhat dour. They’ve left their Christmas shopping until the very last minute. This picture was taken in Pitt Street on Christmas Eve 1935. At least they didn’t have to wear a mask.

It appears, albeit from this image alone, that much of the shopping was undertaken by women and for such a task, a three-quarters length skirt and a hat were de rigueur. 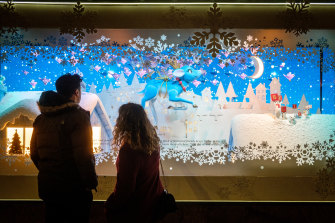 The image has been chosen by the Herald’s photographic editor Mags King for inclusion in a 160-page book, Sydney Lives, celebrating the extraordinary people, cultures and places that have shaped Australia’s oldest city.

Christmas windows have become something of an art form since 1935. Displays in New York and London are fantastical and capable of transporting a child into a magical wonderland imagined by Santa and engineered by toy retailers. 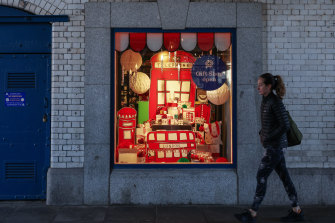 A shop window under Tower Bridge in London, England. Credit:Getty

Some windows in Sydney, once worthy of a pre-Christmas excursion, now seem to opt for a more pedestrian and direct approach with a minimalist display of their highest ticket items. 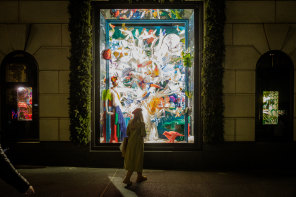 A pedestrian views the holiday windows at the Bergdorf Goodman department store in New York.Credit:Bloomberg

So what were the shoppers more than 75 years ago hoping to purchase. The Woolworths sign in the picture provides a clue. The store opened the previous year at what was Her Majesty’s Theatre. A Woolworths newspaper advertisement from that year suggests tricycles and scooters were popular. 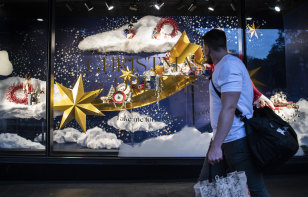 The David Jones Christmas window in Sydney this month.Credit:Wolter Peeters

A Woolworths advert from 1935.

Luke Jones toy historian and author of Australian Toys says some toys seem to have permanent appeal. “I have a five-year-old boy and a three-year-old girl and in the last two years they have each been given a scooter for a Christmas or birthday present,” he said.

“There are toy fads that come and go like cabbage patch dolls but compare that to Lego which is just a phenomenon, it has had decade after decade of relevance.”

Luke Jones’ toys that made a difference since the 1930s

1940s: War toys; tanks, cannons then a deliberate attempt to transition away from war from 1946

Pre-order your copy of Sydney Lives at: thestore.com.au 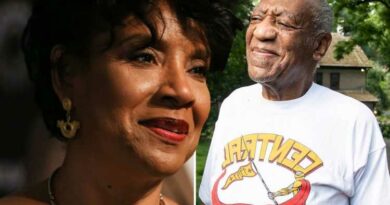