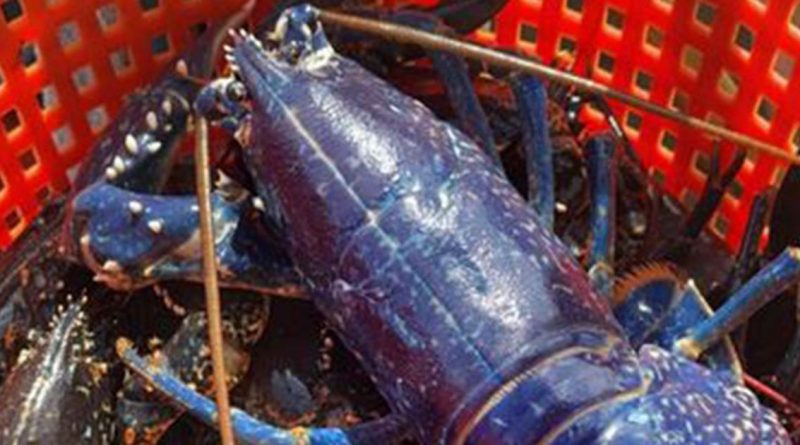 A fisherman was stunned after hauling up a rare 1 in 2 million blue lobster that could be worth hundreds of pounds.

Liam Thomas, 29, had been fishing off Anglesey’s coast when he made the extremely lucky catch near Puffin Island.

Speaking to North Wales Live, Liam said: "It was light blue, a kind of pastel colour, with just one main claw.

"I couldn’t believe it. I’d never caught anything like it before."

Liam works as a fisherman, but he normally lands crabs and lobsters in 400 pots on fleets of lines from his boat Good One.

In his time at sea, he has occasionally caught some crustaceans of a blueish hue.

He claimed: “I do catch some that are dark, dark blue, but nothing like the one I caught today."

Most lobsters caught in the Irish Sea are a mucky green-brown colour. Bright blue lobsters are incredibly rare: a stab-in-the-dark guesstimate by experts put the odds of finding a bluey at one in two million.

As roughly 200 million lobsters are caught in the North Atlantic every year, this means only 100 blue ones would be expected to be found each year. Their startling colour results from a genetic abnormality that causes them to produce an excess of a certain protein.

Lobsters under a certain size must be returned to the sea. But Liam said his blue lobster was fully grown and will be destined for the plate of someone with a fat wallet.

Despite their rarity, however, Liam doesn’t expect his special lobster to attract a premium. When boiled, blue lobsters turn an orangey-pink colour just like all the others.

A US-caught blue lobster was put up on eBay for $500 (£415) but the listing failed to attract a single bid. It means Liam’s pastel crustacean will have the same fate as the others he landed today.

“It will just stay in a keep pot for four or five days before it’s taken by my buyer along with the others,” he said. “From there it will probably end up in Spain.”