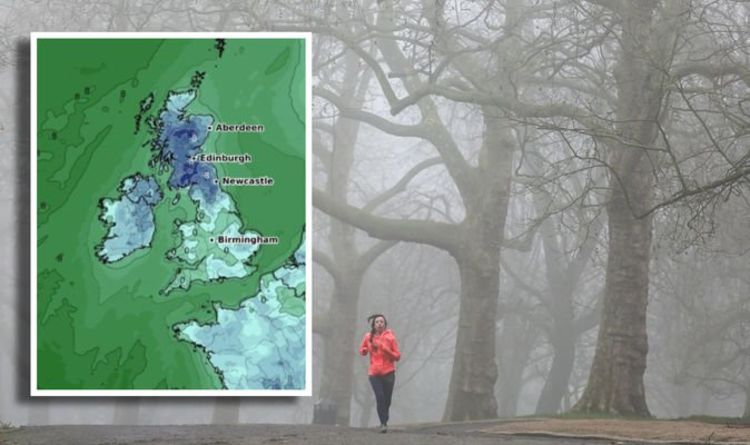 The UK has awoken to freezing temperatures following the coldest night of winter so far, with the mercury plummeting to -11C across the country. Now ice warnings are in place, and Britons have been cautioned to drive with care if heading out onto the roads today due to widespread freezing fog.

Met Office Forecaster Greg Dewhurst said: “We are looking at generally dry weather across England, but there is a risk of icy patches this morning.

“Scotland will see a cold start with sleet and hill snow eastwards, it will be a cold day for many with temperatures reaching 2C to 4C across the country.

“However, it will be milder in the northwest with temperatures of 7C to 8C.”

Mr Dewhurst added: “’Overall, staying cold is the main theme for the weekend with fog and icy stretches.” 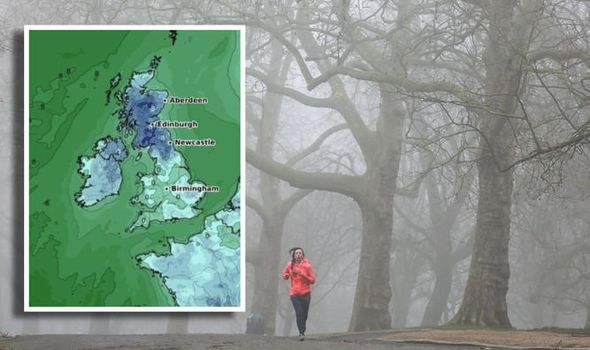 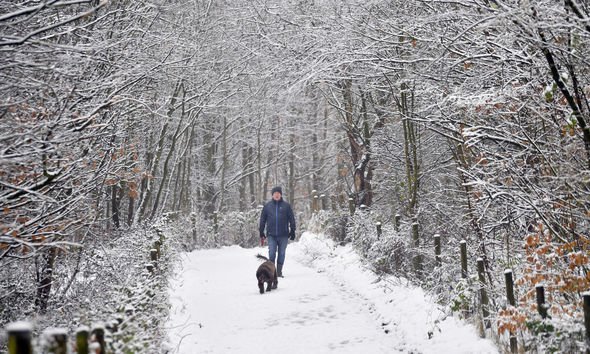 Those commuting this weekend have been warned to take care, with freezing fog likely to cause limited visibility.

Ben Aldous, of the RAC, said: “Fog, ice and in some places snow are the enemies of drivers.

“In order to avoid falling foul of the conditions it’s important for motorists to adjust their driving style to suit the conditions.

“Being gentler on the throttle and brakes, and slowing down particularly on rural or ungritted routes can help ensure a safe and trouble-free journey.” 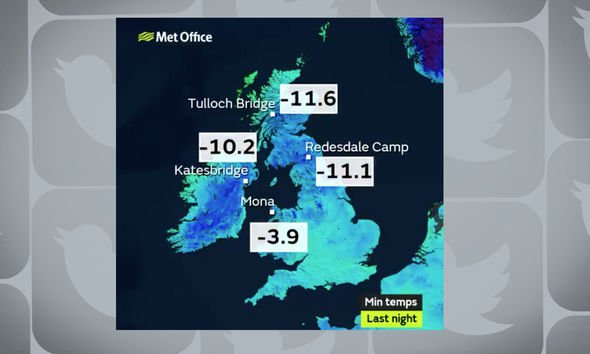 Freezing fog has been spotted across the country, with more forecast for Sunday as temperatures remain cold.

Temperatures are forecast to remain cold for much of Saturday and Sunday.

The Met Office tweeted a warning saying: “It will be a very cold and icy start on Saturday morning, with some freezing fog around in the south.

“If you do need to travel then do take care and stay #weatheraware and there will be some hazardous driving conditions in places.”

What is freezing fog?

Often a sign winter has arrived, fog is quite frequently seen across the UK, often clearing as the temperature warms throughout the day.

Fog itself is a cloud near the ground which is made up of tiny liquid water droplets.

Fog can form when moisture is added into the air or the air cools to a point it becomes saturated. 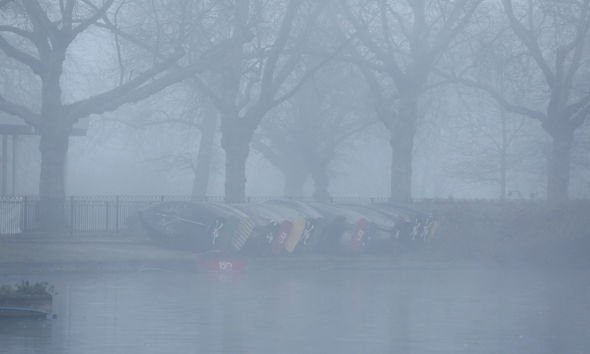 The main hazard seen from fog is reduced visibility which can lead to travel delays and an increased risk of accidents.

Freezing fog is fog which forms when the temperature at the surface is at or below the freezing mark.

The Met Office says of freezing fog: “When fog forms in temperatures that are below freezing, the tiny water droplets in the air remain as liquid.

“They become supercooled water droplets remaining liquid even though they are below freezing temperature.

“When freezing fog forms, any moisture deposited by the fog onto roadways can also freeze.

“This can cause icy spots, especially on bridges and overpasses, so motorists need to exercise extra caution when there is fog with temperatures below freezing.”

Freezing fog is seen more often during the winter when temperatures drop below freezing more frequently.

Those driving in fog or freezing fog are cautioned to reduce their speed, check their lights and increase their distance between other cars.

Storm Jorge path update: THIS is how bad storm will be near YOU – latest warnings