Home » From the Archives, 1951: From Melbourne to Hay, dramatic race to save boy 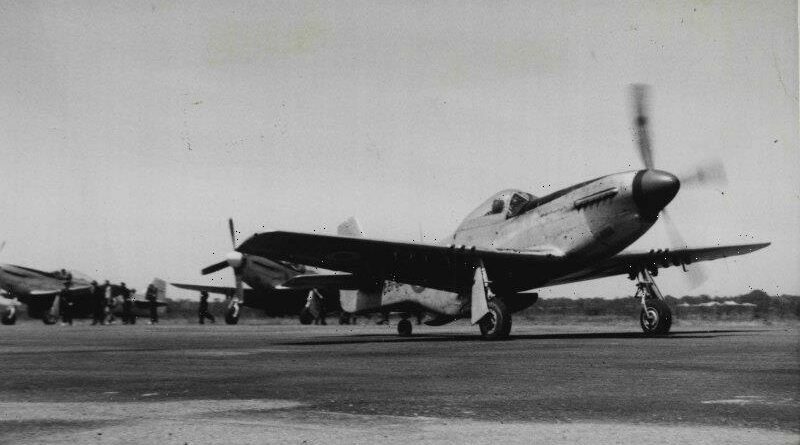 Dramatic Race to Save Boy

At 3 p.m. yesterday, Hay (N.S.W.) doctors decided that a 10-year-old tetanus sufferer, Rex Peters, would die if he were not immediately treated with the drug myanesin. 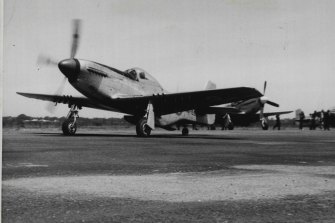 A Mustang was used to fly the lifesaving drug from Laverton R.A.A.F. base to Hay.Credit:The Age Archives

With no supplies of the drug available in Hay, the doctors sent an urgent call to Melbourne. At 5 p.m. – just two hours later – myanesin was being administered to the dangerously ill boy and the threatening tetanus had begun to abate.

Behind these simple facts was a story of cooperation between the Royal Melbourne Hospital and the R.A.A.F. The speed and willingness of this cooperation has almost certainly saved Rex Peters’ life.

The call from Hay reached Dr. T. Hurley at the Royal Melbourne Hospital shortly after 3 o’clock. Dr. J. Bonwick, of Hay, explained the position and asked Dr. Hurley to try and rush the drug to Hay.

Dr. Hurley contacted the R.A.A.F. He immediately packed supplied of myanesin and drove to Laverton R.A.A.F. station in a car.

Soon after an R.A.A.F. Mustang landed in Hay and the myanesin was in the hands of Dr. Bonwick.

More supplies of myanesin were rushed from Bendigo Base Hospital to Echuca, where a Hay contactor, Mr Reg Hamblin, picked them up and flew them back to hay in his private plane. He arrived an hour after the Mustang. 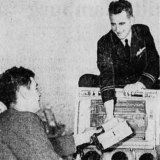 Myanesin is used to prevent dangerous spasms during the height of tetanus fever.

Rex, who lives at Irish Lords, 50 miles from Hay, scratched his heel on a rusty nail 10 days ago and was admitted to Hay Hospital on Wednesday night. Until yesterday his life had been in the balance.

Last night he was reported to be “slightly improved”. Although still seriously ill he was “holding his own.”

Speaking from Hay last night, Dr. J. Bonwick, who made the urgent appeal to the Royal Melbourne Hospital for the drug on Thursday, said he expected Rex to be out of danger in a day or two.