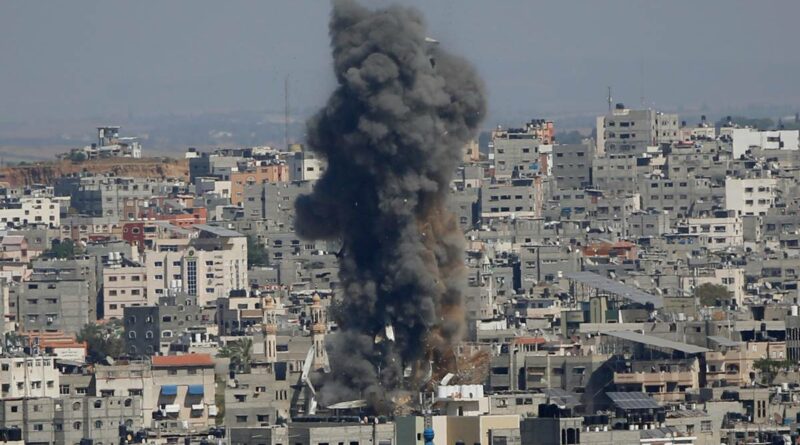 Israel on Thursday (local time) said it was massing troops along the Gaza frontier and calling up 9,000 reservists ahead of a possible ground invasion of the Hamas-ruled territory, as the two bitter enemies plunged closer to all-out war. Egyptian mediators rushed to Israel for cease-fire efforts but showed no signs of progress.

The stepped-up fighting came as communal violence in Israel erupted for a fourth night, with Jewish and Arab mobs clashing in the flashpoint town of Lod. The fighting took place despite a bolstered police presence ordered by the nation’s leaders.

The four-day burst of violence has pushed Israel into uncharted territory — dealing with the most intense fighting it has ever had with Hamas while simultaneously coping with the worst Jewish-Arab violence inside Israel in decades. A late-night barrage of rocket fire from Lebanon that landed in the sea threatened to open a new front along Israel’s northern border.

Early Friday, the Israeli military said air and ground troops struck Gaza in what appeared to be the heaviest attacks yet. Masses of red flames illuminated the skies as the deafening blasts from the outskirts of Gaza City jolted people awake. The strikes were so strong that people inside the city, several kilometres away, could be heard screaming in fear.

“I said we would extract a very heavy price from Hamas,” Prime Minister Benjamin Netanyahu said in a videotaped statement. “We are doing that, and we will continue to do that with heavy force.”

The fighting broke out late Monday when Hamas fired a barrage of long-range rockets towards Jerusalem in response to what it said were Israeli provocations. Israel quickly responded with a series of airstrikes.

Since then, Israel has attacked hundreds of targets in Gaza. The strikes set off scores of earth-shaking explosions across the densely populated territory. Gaza militants have fired nearly 2,000 rockets into Israel, bringing life in the southern part of the country to a standstill. Several barrages targeted the seaside metropolis of Tel Aviv, some 70km away.

Gaza’s Health Ministry said the death toll has climbed to 109 Palestinians, including 28 children and 15 women, with 621 people wounded. The Hamas and Islamic Jihad militant groups have confirmed 20 deaths in their ranks, though Israel says that number is much higher. Seven people have been killed in Israel, including a 6-year-old boy.

Overnight, Israel peppered Gaza and sent additional troops to the border, with Palestinians firing rockets back in return and sending the death toll soaring north of 100.

“Tonight we started destroying government targets in the Gaza Strip, such as central banks and internal security buildings. Hamas is beginning to discover cracks and there is pressure in the organisation, even among the Gaza public who is losing its patience and sees these ruins on the eve of the [Eid al-Fitr] holiday,” IDF spokesman Hidai Zilberman told reporters, according to the Jerusalem Post.

Reporters in the region have described “horrific” scenes unfolding, with the Independent reporter Bel Trew tweeting her concern for colleagues near to the violence.

“My colleagues in Gaza say it’s horrific right now there,” she said. “They describe dozens, hundreds of air strikes and instances of artillery fire. They’ve moved to the lower floors but have no bomb shelters. I am extremely concerned about their safety.”

Netanyahu has warned of a “heavy price” to come in Gaza. “I said that we would charge a very heavy price from Hamas and the rest of the terrorist organisations,” he said. “We are doing this and we will continue to do so with great force. The last word was not said and this operation will continue as long as it takes to restore peace and security to the State of Israel.”

An invasion by Israel in 2014 led to the deaths of more than 2000 Palestinians, with the latest action sparking fears of a new, bloody battle.

In Washington, US President Joe Biden said he spoke with Netanyahu about calming the fighting but also backed the Israeli leader by saying “there has not been a significant overreaction”.

He said the goal now is to “get to a point where there is a significant reduction in attacks, particularly rocket attacks that are indiscriminately fired into population centres” and called the effort a “a work in progress”.

Israel has come under heavy international criticism for civilian casualties in Gaza fighting. It says Hamas is responsible for endangering civilians by hiding and launching rockets from civilian areas.

Why the violence suddenly erupted

Conflict between Israel and Palestine has been developing since 1948 when Israel was created. It has been described as the globe’s “most intractable conflict”, with both Muslims and Jews claiming parts of the region as their homeland.

While there have been efforts to achieve peace in the area for many decades, violent disagreements have continually broken out throughout the region’s troubled history.

And the sacred city of Jerusalem is central to the problem, given it is home to holy sites sacred to the world’s biggest religions, Judaism, Islam and Christianity.

They include the hill known to Jews as Temple Mount – the holiest site in Judaism – and to Muslims internationally as The Noble Sanctuary. It was home to the Jewish temples of antiquity, and two Muslim holy places now stand there, the Dome of the Rock and the Al-Aqsa Mosque.

The current eruption of violence began a month ago in Jerusalem, where heavy-handed Israeli police tactics during Ramadan and the threatened eviction of dozens of Palestinian families by Jewish settlers ignited protests and clashes with police.

A focal point of the clashes was a the Al-Aqsa Mosque. Israel regards Jerusalem in its entirety as its capital, while the Palestinians want east Jerusalem to be the capital of their future state.

The UN Security Council will hold a virtual public meeting this Sunday to address the escalating violence between Israel and the Palestinians. 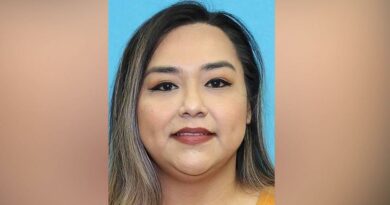 'We're not going to stop,' family says of search for missing Texas mother

Boxer, 17, collapsed seconds after fight and died after ‘excessive’ training