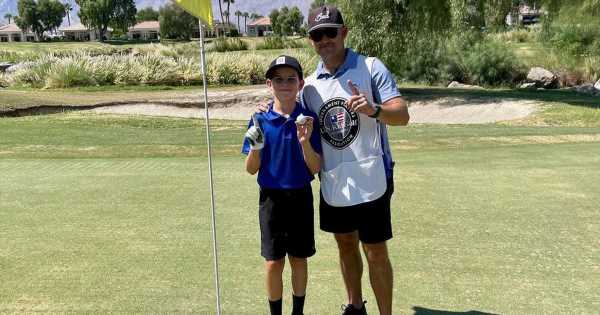 An 11-year-old boy has shocked crowds and thousand across the world after he hit two incredible shots during a golf tournament for kids in America.

Jake Martinez made history when he performed the amazing feat during the Palm Springs Open last weekend.

Golf Digest reported that Jake didn't actually start well when he first teed off at Weston Mission Hills – making the amazing two shots even more of a surprise.

The young lad started the game off with a double bogey on the first and third holes.

But determined to not let the beginning of the game throw him off, he asked his caddy, who is also his dad, how he should play the fifth hole.

The 11-year-old golfer listened to his old man and whacked the ball seemingly perfectly towards the hole that was a whopping 88 metres away.

"It takes one hop, and it went in. We're all shocked," Jake added.

While that hole-in-one alone was enough to make Jake a crowd favourite, the young boy unbelievably did it again on the 12th hole.

Jake said: "It's 100 yards, so I hit pitching wedge again. My dad says the exact same thing, aim left, try to draw it in there. It does the same exact thing as the last one, it hits and then it drops. We were all just in awe."

The odds of getting two hole-in-ones during one round is reportedly one in 67 million, according to LADbible.

Jake finished the first round with 74 and went on to score the same in the second round, giving him a final place of 14th in the tournament.

Despite not finishing with a trophy, Jake pulled off an incredible first round and has made some memories no one on the golf course will be forgetting for a long time. 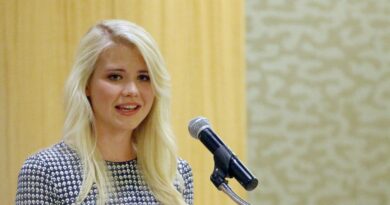