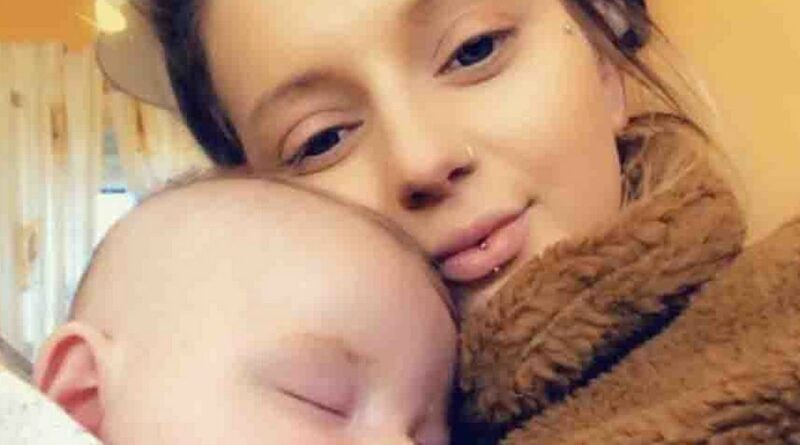 A grieving mum said her eight-month-old son can “finally rest in peace” following the arrest of a man who admitted to stealing projectors and solar lights from his grave.

Donna Varley, 31, was visiting her son Kaison’s grave earlier this month when she discovered projectors and solar lights installed to shine bright lights onto the tot's headstone had been stolen.

Nearby CCTV cameras had caught a man cruelly stealing 19 solar lights and three projects from the baby boy's grave on June 2, July 2 and July 10. And last week West Yorkshire Police questioned a man who admitted the thefts.

Donna also spoke to the heartless thief, who said he had taken the projectors and solar lights for his garden but had instead thrown them in the bin.

Heartbreakingly, it was not the first time Kaison’s resting place had been targeted since he died from a rare chronic disorder on Easter Sunday last year.

Don't miss out on the UK's biggest stories. Sign up for the Daily Star's newsletter.

Speaking to Leeds Live, Donna, who also has a 10-year-old daughter, said: “I feel relieved. For the past month and a half of my life, I’ve been full of worry. It’s been really grim and I can’t understand why.

“I haven’t been able to live my life because I’ve been worrying about his grave or what's going to happen next.

“It's finally over. I can look back and it really affected my mental health quite badly. I think a lot of people noticed how much it affected my life.

“I’m glad my son can finally rest in peace. It's been nothing but heartache and pain, I feel like it's over. I can try to get on with life.”

Donna said the man had told her he had stolen the projectors and lights for his garden but said found out he had instead "thrown them in the bin”.

She continued: “He said he was taking them for his garden. My initial thought was that someone doesn’t need 19 solar lights and three projectors.

“The worst thing was I said to him was ‘where are the projectors now?’ He said I threw them in the bin and I was like why but I think he obviously wanted to get rid of the evidence he had them but I have CCTV.

“It’s like he really didn’t care about what he was doing."

This was not the first time something has happened to Kaison’s grave.

In September 2020, unknown culprits caused £300 worth of damage to the grave – having pulled out lights from the ground, thrown ornaments, and pulled out decorative flowers and ribbons.

Donna said the past few years have been heartbreaking for the family.

Kaison was born in August 2019 and was diagnosed with mitochondrial disease, a chronic disorder that meant his body struggled to produce enough energy for cell or organ function.

It led to a multitude of other problems, including issues with his kidneys and liver, while he had difficulties breathing too. Kaison was later also diagnosed with West Syndrome, which causes seizures.

“He was poorly straight away,” Donna said. “But he was always very content, he went through a lot in his young life but he never cried.

“He was in and out of hospital with needles and tests, but he was always so relaxed and seemed like he never had a worry in the world.”

"I was absolutely destroyed. I have a 10-year-old daughter too, and she was very angry and closed off from the world,” Donna said.

“She didn’t want to talk about it because it ‘upset mummy’. It was a really tough time for us, but we were supported by Martin House hospice – which has been an absolute godsend.”

A spokesperson from West Yorkshire Police has said the man has admitted to the offences and is due to receive a conditional caution.

They said: “A man has been interviewed in relation to three incidents of theft from a child’s grave in Morley Cemetery on June 2, July 2 and July 10.

“He has admitted the offences and is due to receive a conditional caution, which has been assessed as the appropriate criminal justice outcome following careful consideration of all the relevant circumstances.” 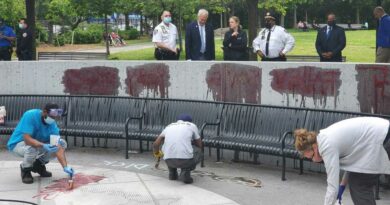