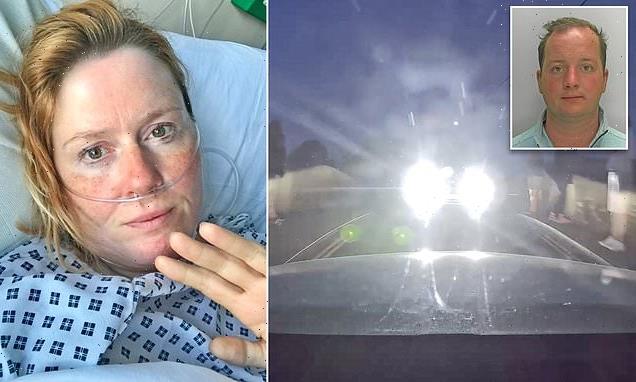 A woman was pinned to the side of a bridge after a drink-driving Audi motorist ploughed into an on-coming car – in scenes captured on a dashcam.

Nadine Wood, 48, was left with a fractured spine and pelvis and was warned she may never be able to walk again after she was pinned against the wall on Halfpenny Bridge, just a minute’s walk from her home in Lechlade, Gloucester.

Ms Wood was hit by drink-driver Loic Freeman, 26, who ran a red light and crashed into another car after drinking all day with friends and family before the incident, which happened in May last year.

She had organised the stargazing get-together in the hopes of seeing a rocket that was being launched into space by NASA and billionaire businessman Elon Musk. 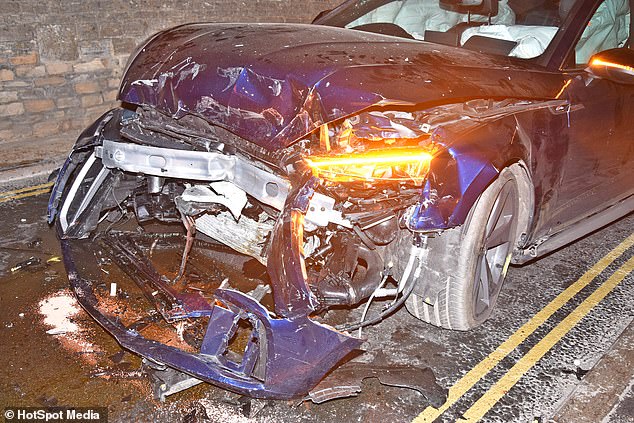 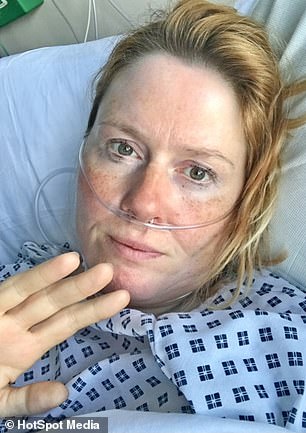 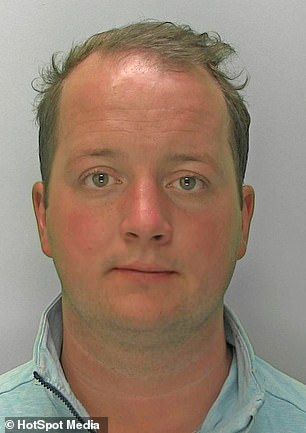 Nadine Wood, left, was warned she may never be able to walk again after she was pinned against the wall on Halfpenny Bridge, just a minute’s walk from her home in Lechlade, Gloucester. Ms Wood had been hit by drink-driver Loic Freeman, right, who ran a red light and crashed into another car 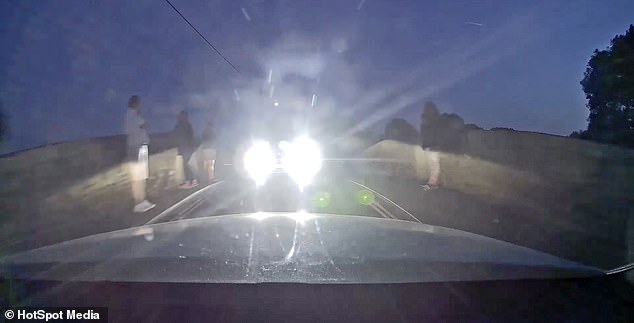 Dashcam footage showing Nadine Wood with friends on the bridge, seconds before the crash

Ms Wood, an English Language lecturer for the Ministry of Defence, says: ‘That night, I thought I was going to die. The drink-driver was nearly four times the limit and he nearly left me paralysed.

‘I hope my story is a lesson for others who consider getting behind the wheel after a few drinks this Christmas and New Year’s Eve.’

Ms Wood said: ‘I came up with the idea and I was so excited. Halfpenny bridge was just a minute walk from our houses so we went there.

‘As we stood on the pavement on the bridge, it was the perfect viewpoint.’

Ms Wood says: ‘A car sped onto the bridge from the left. But then I looked to my right and saw another car coming towards the bridge too. It was a traffic lighted bridge so I immediately knew they were going to crash. Terrified, I turned around to face the river.’ 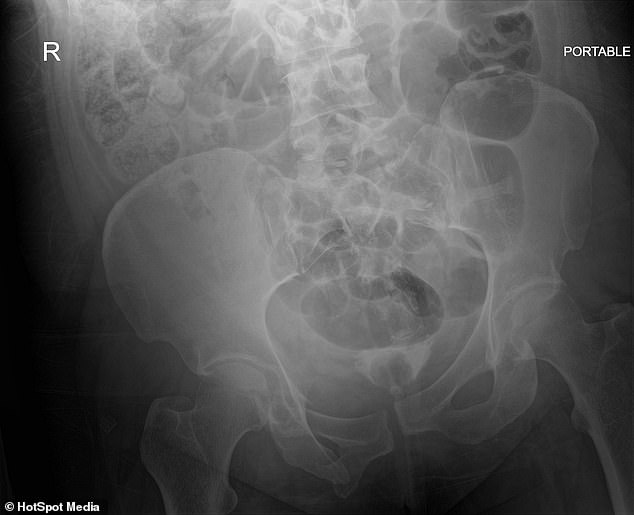 An X-ray of Nadine’s broken pelvis. The two cars crashed head on, and Ms Wood was left pinned against the wall of the bridge

The two cars crashed head on, and Ms Wood was left pinned against the wall of the bridge.

She says: ‘I felt a searing, burning pain. I began screaming in agony. Soon, I felt like I couldn’t breathe. Then everything went black.’

A moment later, the driver who had skipped the red light, fled the scene.

Eventually someone managed to move the cars back and Ms Wood was released from the wall. She was still alive and was swiftly taken to John Radcliffe hospital in Oxford. There, doctors told Ms Wood she’d suffered two pelvic fractures and a fracture to her lower spine. 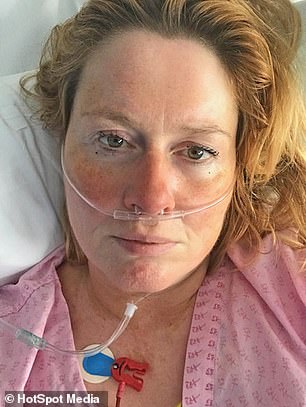 Ms Wood says: ‘Surgeons told me they needed to operate but warned me that I might not be able to walk again. Days later, I was taken into theatre where they spent hours inserting metal pins into my pelvis to hold it into place.

‘It was a success but afterwards, more tests showed I’d developed life-threatening blood clots on my lungs. I was absolutely devastated and still in shock. My body was also in crippling agony. I kept replaying the crash in my mind and couldn’t stop crying.’

From then on, Ms Wood was given daily injections to dissolve the blood clots and had to learn how to walk again.

Two weeks later, she was discharged from hospital but she still relied on crutches, as she tired easily.

Ms Wood said: ‘Due to Covid-19, there was a shortage of carers, so my neighbour moved in with me. She cooked, cleaned and dressed me. I felt helpless and broken.

‘For weeks I dreaded falling asleep in case I didn’t wake up.’

The next month, in July 2020, Nadine gave a formal statement to the police about the nearly fatal collision.

Officers explained one of the drivers, Loic Freeman, had been arrested.

Nadine says: ‘I found out Loic Freeman had been day drinking with family and friends before he jumped the red light by the bridge. He was nearly four times over the drink-driving limit.

‘Loic initially fled the scene, leaving me pinned between the boot of his car and the bridge, before being found by police nearby.

‘The front passenger in the other car nearly died twice and suffered life-changing injuries too.

‘I was horrified and sickened by how someone could do this.’

Speaking of Freeman’s sentence, Ms Wood says: ‘He should’ve been banned from driving for life. He nearly killed me.

‘Now, I’ve learned to walk again but I’m still fighting nerve damage and I have constant pain in my lower back and pelvis.

‘Please, if you’ve had a drink this Christmas or New Year’s Eve, leave your car.

‘You’re not only putting your life at risk, but so many others.’