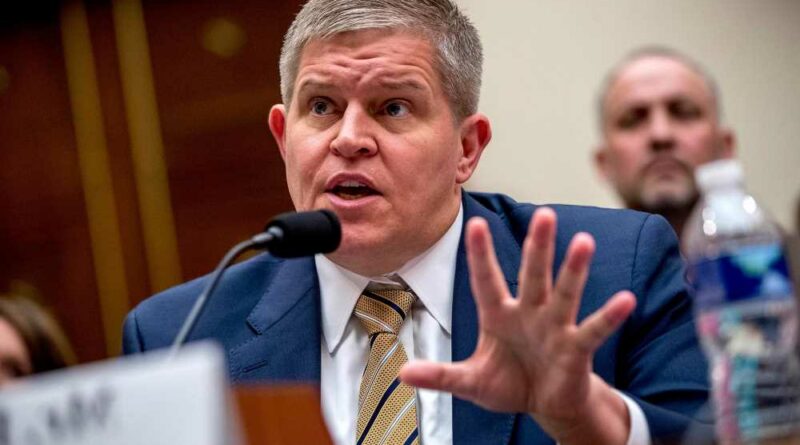 The polls are coming from inside the house! McCarthy confirms he’s living with prominent pollster

Dozens of House Republicans have signed on to a letter to the Senate urging members to block the confirmation of President Biden’s choice to lead the Bureau of Alcohol, Tobacco, Firearms and Explosives — saying his confirmation would “jeopardize the constitutional right of every legal firearm owner in America.”

Biden appointed David Chipman, a retired 25-year veteran of the ATF and a senior policy adviser at gun control group Giffords, to head up the federal agency.

“Chipman’s confirmation would not only jeopardize the constitutional right of every legal firearm owner in America, but it would also threaten to reshape the landscape of firearms ownership for generations of Americans to come​,” the letter obtained by Fox News says.​

“If confirmed, David Chipman would use every tool at his disposal to attack American gun owners and we respectfully ask you to oppose any and all action that would advance his confirmation in the Senate,” they wrote.​​

The letter says Chipman is a “longtime gun control and lobbyist.”

“His beliefs and hostile attitude toward the rights of gun owners are well known,” ​the GOP lawmakers wrote. “Thus, we respectfully ask that you oppose his confirmation.”

They point to comments he made in 2018 about how AR-15 rifles should be treated as machine guns and regulated under the National Firearms Act.

“As a former agent of the ATF, Chipman knows all too well that such action would effectively ban the most popular rifle in America as well as most other items regulated under the National Firearms Act,” ​Banks, chairman of the House Republican Study Committee, and his Republican colleagues wrote.

The group also raised comments made by Chipman about how civilians shot down Texas Air National Guard helicopters during the 1993 Waco siege — even though no evidence supports that claim.

The Republicans in the letter called the remarks “historical falsehoods.”

Biden, who has railed against “assault-style weapons,” has rolled out a number of gun control measures in the aftermath of mass shootings this year in Atlanta, Boulder, Colo., and Indianapolis.

He said, “No amendment to the Constitution is absolute” in remarks early last month.

“You can’t yell … ‘fire’ in a crowded movie theater and call it freedom of speech. From the very beginning, you couldn’t own any weapon you wanted to own. From the very beginning that the Second Amendment existed, certain people weren’t allowed to have weapons. So the idea is just bizarre to suggest that some of the things we’re recommending are contrary to the Constitution,” ​Biden said.

When is the August bank holiday? 2019 dates for England and Wales, Scotland and Northern Ireland