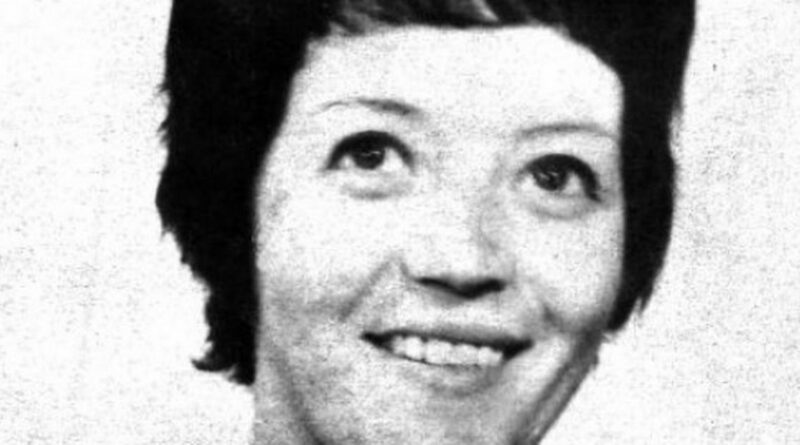 The husband of a woman murdered by suspected serial killer Bible John believes she was really the victim of the Yorkshire Ripper.

Helen Puttock, 29, was raped and strangled with her tights in Scotstoun, Glasgow after a night out at the Barrowland Ballroom in October 1969.

Bible John, who has never been identified, is believed to have murdered two other women at the music venue within the same year.

But 52 years on, Helen's husband George still thinks Peter Sutcliffe was the true culprit — and Peter Tobin's denial earlier this month that he was Bible John has only deepened his resolve, the Daily Record reports.

Sutcliffe, who died last year, was jailed in 1981 after being convicted of murdering 13 women and attempting to murder seven more in Yorkshire in the 1970s and 80s.

But George said he thinks Sutcliffe started killing in Scotland — and that Helen was one of his first victims.

He added: "A photograph of Sutcliffe from the 60s, showing him clean-shaven and digging a grave, bore a remarkable resemblance to the pictures police put out on Bible John.

"Also on the night of the murder [Helen's sister] Jean told police she went to the cloakroom and on her return the man with Helen was showing her something on a piece of paper and Helen's face was one of shock or surprise.

"Police always said maybe he was showing her a Police ID card or a military ID card but Helen was a military wife, I was in the Signals regiment for 22 years, she would not have been surprised at a military card but she may have been shocked at a grave digger's card."

George, now in his 80s, added: "Sutcliffe was back and forwards to Scotland in his lorry. That night Helen was wearing a topaz ring, it was large.

"She would have fought back against her attacker, I'm convinced she'd have ripped away at their face as she was fighting for her life.

"Maybe that's why Sutcliffe suddenly grew a beard, he wanted to hide scratches. The ring has never turned up. I don't know if police have it or the killer took it.

"Why was he never checked out? I've repeatedly asked police over the years and have never received a firm answer. Even just to rule him out but they never did or if they did they never told me."

George believes police focused too much on the testimony of Jean who'd "had some whiskies" on the night of her sister's death.

"I think a lot of mistakes were made and now there is no evidence so I don't think we'll ever get any answers."

Earlier this month, the Record revealed that Scots serial killer Tobin denied rumours that he was Bible John. That reinforced George's view.

He said: "I've never been convinced by Tobin. I've looked through those trophies they found in his bag and there is nothing to connect him to Helen.

"He might be a serial killer and he might have been in Glasgow when Helen was murdered but I've never thought it was him.

"Nothing will convince me it wasn't Sutcliffe unless there is irrefutable evidence such as DNA that it was someone else.

"I think back and I remember giving Helen a fiver to get a taxi home thinking she would be safe in a taxi. It turned out to be the worst £5 I've ever spent.

"It might be over 50 years ago but I would still like to know who killed Helen because I don't believe Bible John exists. She and my sons deserve to have the mystery solved once and for all."

A police spokesman said: "The murder of Helen Puttock remains unresolved, however, as with all unresolved cases, they are subject to review and any new information about her death will be investigated."

Hundreds of Americans flown home from cruise ship, 14 with coronavirus