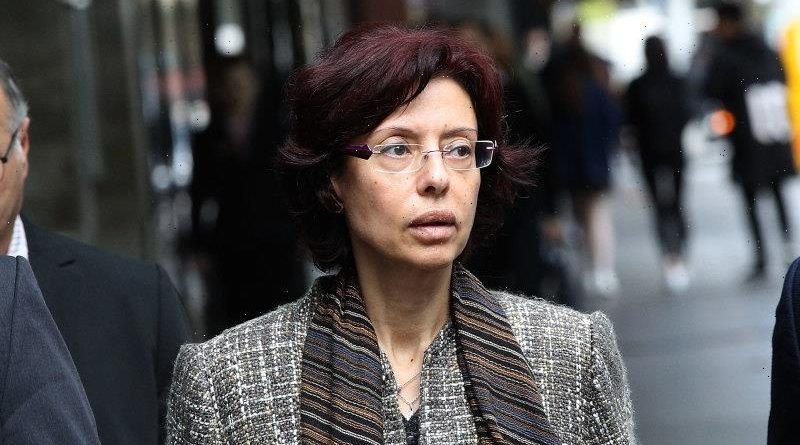 More than three years after making corrupt conduct findings against former Australian of the Year finalist Eman Sharobeem, the corruption commission has withdrawn the brief of evidence sent to the director of public prosecutions – but insists it will submit a new one.

In September 2018, ICAC found Sharobeem, the former principal of two non-government organisations established to assist immigrant women’s health and non-English-speaking women’s housing needs, had engaged in serious corrupt conduct to benefit herself and members of her family. 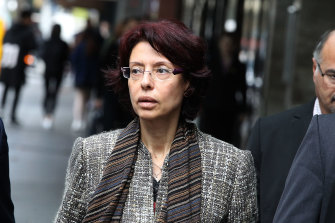 Former Australian of the Year finalist Eman Sharobeem arrives to give evidence at ICAC in 2017.Credit:Ben Rushton

The findings came after a torrid series of public hearings in 2017, concluding that Sharobeem had corruptly misappropriated nearly $800,000 of public funds from the Immigrant Women’s Health Services and the Non-English Speaking Housing organisation to fund her lavish lifestyle.

Public hearings heard Sharobeem spent thousands of dollars on jewellery, Botox, liposuction for her son, a Mercedes for her husband, holidays, a massage chair and gym memberships.

She claimed extra salaries for her and her sons using fake names so as not to draw attention to them. She claimed expenses she was not entitled to, she doctored receipts, she faked enrolments in her courses to earn money from funding bodies and she charged garden renovations and pest control to the public purse. 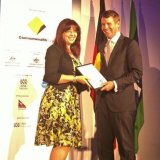 Eman Sharobeem receives her commendation in the Australian of the Year Award from then-NSW premier Mike Baird.

The public hearings came after a Herald investigation revealed Sharobeem did not hold two PhDs as she claimed and was not a registered psychologist as purported.

In 2019, ICAC flagged it would seek the DPP’s opinion on prosecuting Sharobeem for criminal offences including relating to misconduct in public office; fraud; obtaining money by deception; claiming to be a psychologist when providing care.

In a statement updating the status of its investigation, ICAC said: “The brief of evidence was provided to the DPP on 12 November 2019. In April 2022, the Commission withdrew the briefs from the DPP and will reprovide them to the DPP in due course.”

ICAC declined further comment. ICAC came under pressure earlier this month over the time taken in its investigations.

The powerful NSW Crime Commission froze Sharobeem’s assets in 2017, citing an investigation over “serious crime-related activity” and “unexplained wealth” after the family transferred more than $500,000 from the sale of a Sydney property to the wife of Sharobeem’s nephew in Egypt just days after she was forced to give evidence at a compulsory ICAC interrogation.

That matter returns to the Supreme Court on Monday.

Announcing the corruption findings into Sharobeem in 2018, ICAC said “the nature of her misconduct was serious … because at the relevant time she was the head of an agency predominantly funded by public monies to provide important services to women and children in need, whose funds she deprived in large amounts motivated by greed to benefit herself and her family.”

Sharobeem emigrated from Egypt in 1987 and became a media darling amid claims she was a teenager forced into an arranged marriage to her first cousin, widowed at 29 with two young sons, having endured years in a violent marriage.

She claimed she earned two PhDs, rose to become chief executive of government funded health services that care for new migrants and earned a long list of community honours – including as a finalist for an honour from her adopted country.

A string of high-profile organisations and governments – state and federal, Liberal and Labor – were duped, appointing her to trophy boards; organisations such as SBS gave her a high-profile job; and the Australian of the Year Foundation not only waved her through to the final round of its awards but appointed her to their advisory council.

All referred to her as “Dr Sharobeem” – despite no evidence existing that she was a registered psychologist. The high point of the charade came in late 2014, when then NSW premier Mike Baird stood beside the Australian of the Year finalist, handing her a commendation from her adopted country, smiling for the cameras.

Thousands of starlings form shape of giant duck in the sky 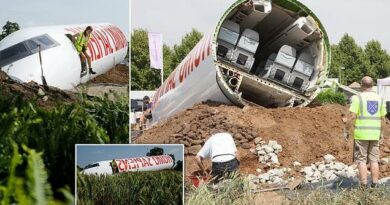