ISRAEL is fighting a "war on two fronts" as stabbings and shootings continue to erupt amid violent clashes, the country's prime minister has warned.

It comes amid fears that battles between Arabs and Jews across the country could pose a greater threat than the escalating military conflict with Gaza.

🔵 Read our Israel-Gaza live blog for the very latest updates… 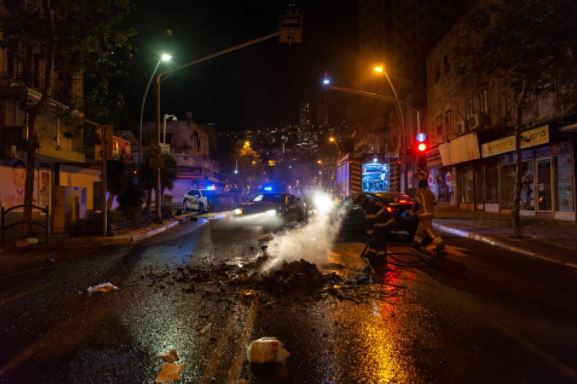 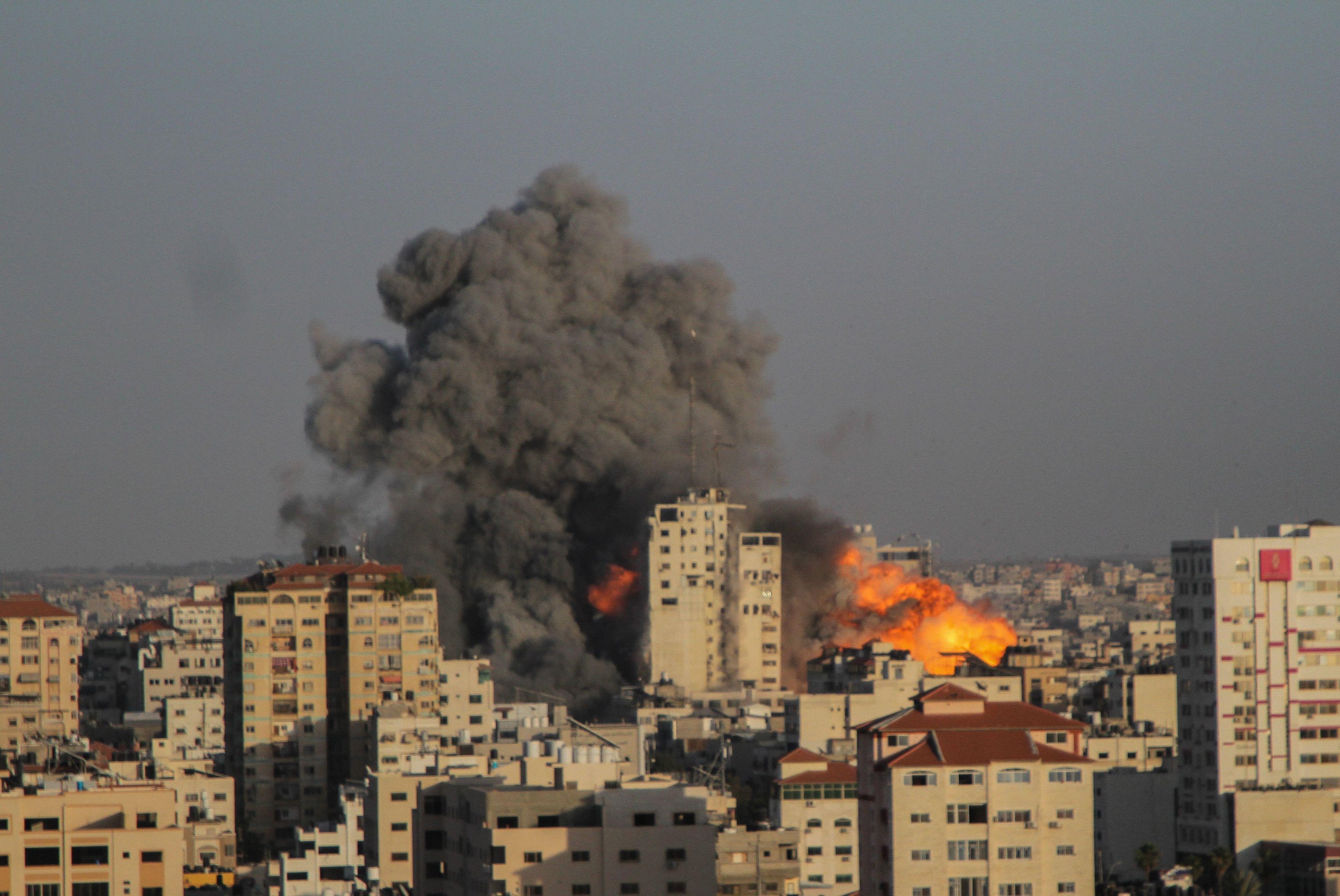 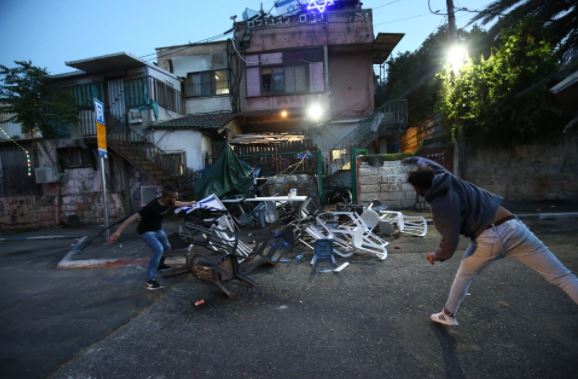 "We have no bigger threat now than these pogroms," he said.

"We have no choice but to restore law and order via determined use of force.”

He has earlier warned that Israel is "fighting on two fronts".

Israel president Israel’s president, Reuven Rivlin, added that “a civil war (would)be a danger to our existence, more than all the dangers we have from the outside.”

It comes as Palestinians were forced to grab their children and belongings and flee neighbourhoods on the outskirts of Gaza City today as Israel unleashed a heavy barrage of artillery fire and airstrikes, killing a family of six in their home.

Israel said it was clearing a network of militant tunnels ahead of a possible ground invasion. 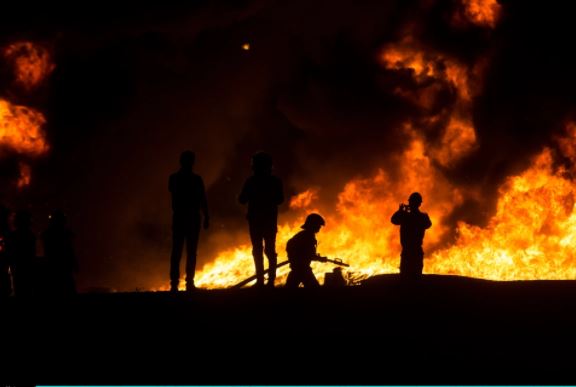 The country has massed troops along the border and called up 9,000 reservists as fighting intensifies with the Islamic militant group Hamas, which controls the Gaza Strip.

Palestinian militants have fired some 1,800 rockets, and the Israeli military has launched more than 600 airstrikes, toppling at least three high-rise apartment buildings, and has shelled some areas with tanks stationed near the frontier.

As Israel and Hamas plunged closer to all-out war despite international efforts at a cease-fire, communal violence in Israel erupted for a fourth night.

Jewish and Arab mobs clashed in the flashpoint town of Lod, even after Israel dispatched additional security forces.

The Gaza Health Ministry says the toll from the fighting has risen to 119 killed, including 31 children and 19 women, with 830 wounded. 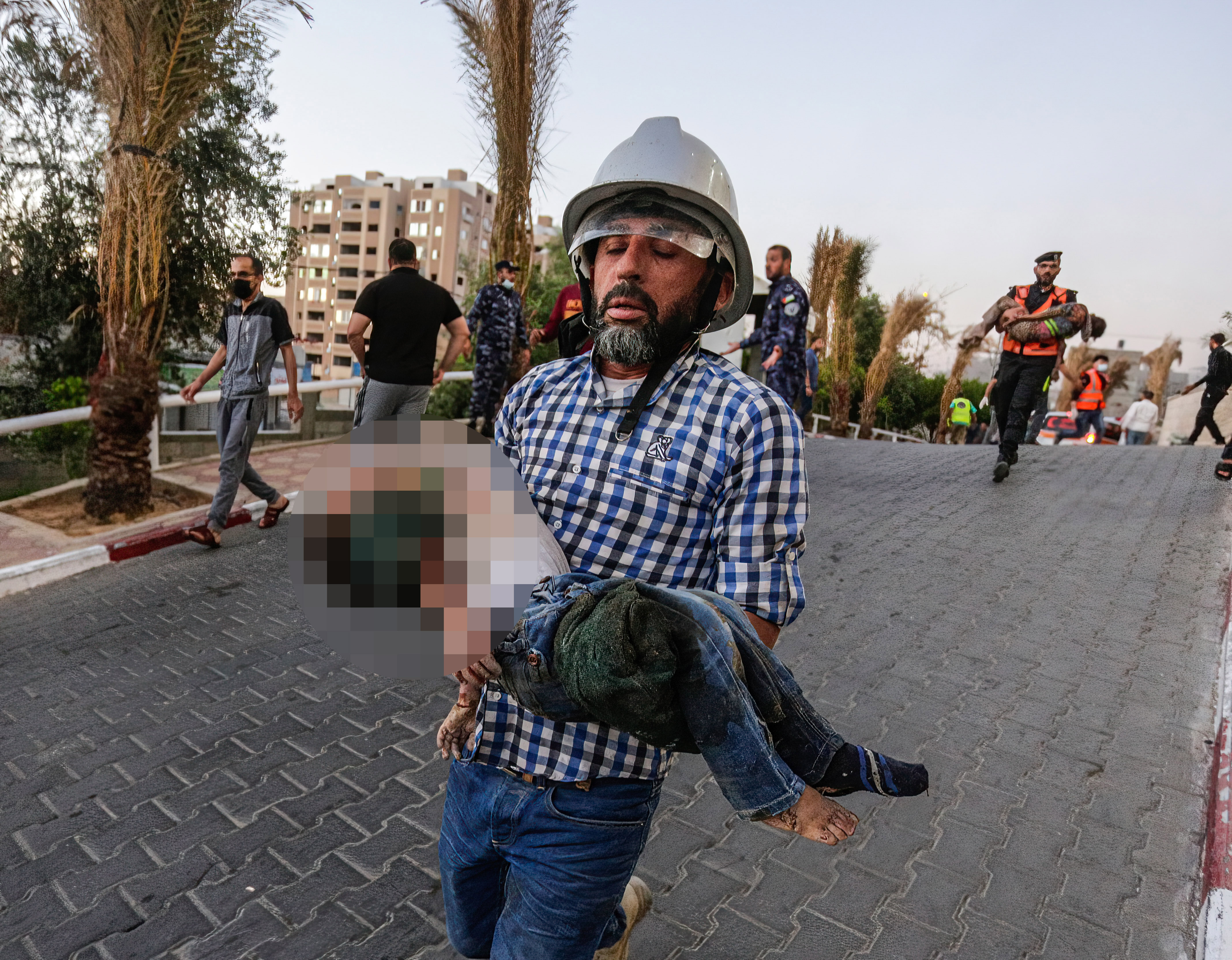 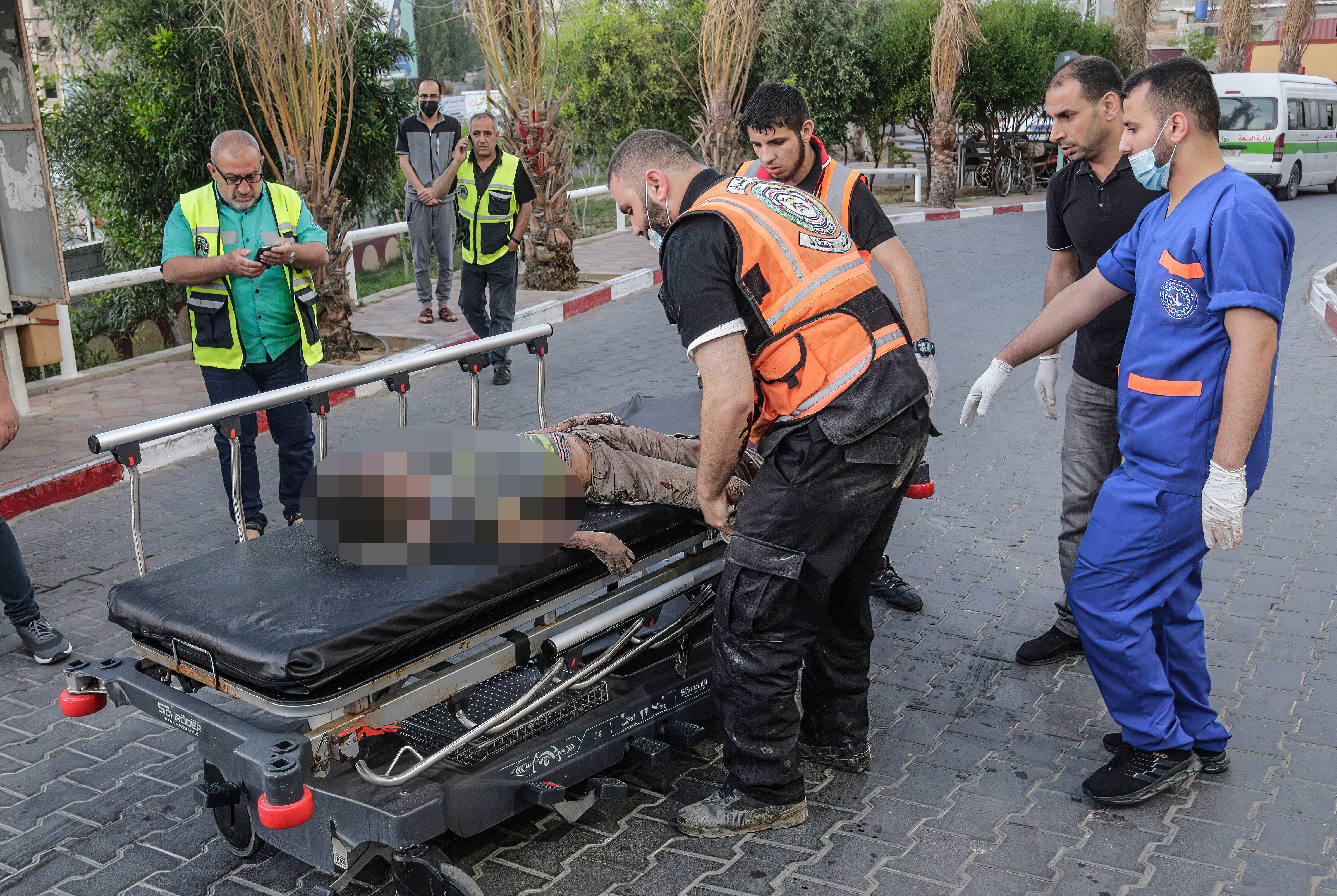 Charity Christian Aid warned Israel could drag Gaza into the "depths of hell" if clashes continue.

“Even without a threatened ground invasion these figures will go up; with one, they will take us into the depths of hell," a spokesman said.

" international community cannot afford to continue failing in their responsibility to use every possible measure to stop the violence.”

The Hamas and Islamic Jihad militant groups have confirmed 20 deaths in their ranks, though Israel says that number is much higher, reports Associated Press.

Seven people have been killed in Israel, including a six-year-old boy and a soldier.

What triggered the violence?

Clashes erupted on Friday as Muslims packed the Al-Aqsa mosque to pray during the holy fasting month of Ramadan.

Violence had been building in the Holy City and occupied West Bank for the previous week.

Palestinians hurled stones, bottles and fireworks at Israeli police who fire rubber bullets and stun grenades. The site is sacred to Jews as the location of two biblical-era temples.

On Saturday, prayers at the mosque compound are held peacefully but violence flares elsewhere in east Jerusalem.

Israeli police said 17 of its officers were wounded.

Much of the recent unrest stems from the long-running legal effort by Jewish settler groups to evict several Palestinian families from their homes in the Jerusalem neighbourhood of Sheikh Jarrah.

A Supreme Court hearing on a Palestinian appeal had been set for Monday and risked inflaming tensions further.

A Supreme Court hearing on a Palestinian appeal had been set for Monday and risked inflaming tensions further.

On Sunday, the justice ministry delays the hearing in light of "the circumstances".

In the evening, Israeli police again face off against mostly young Palestinians at several locations in east Jerusalem.

Some 331 Palestinians were wounded, according to the Palestinian Red Crescent, in renewed clashes between Palestinians and police at the mosque on Monday ahead of a planned march to commemorate Israel's capture of Jerusalem in 1967.

Palestinians living outside Gaza City, near the northern and eastern frontiers with Israel, fled the intense artillery bombardment Friday.

The strikes came after Egyptian mediators rushed to Israel for cease-fire talks that showed no signs of progress. Egypt, Qatar and the United Nations were leading the truce efforts.

The fighting broke out late Monday when Hamas fired a long-range rocket at Jerusalem in support of Palestinian protests there against the policing of a flashpoint holy site and efforts by Jewish settlers to evict dozens of Palestinian families from their homes.

Since then, Israel has attacked hundreds of targets in Gaza, causing earth-shaking explosions in densely populated areas.

Of the 1,800 rockets Gaza militants have fired, more than 400 fell short or misfired, according to the military.

The most intense fighting in seven years between Israel and Gaza's armed groups was triggered by unrest at the Al-Aqsa mosque in Jerusalem last weekend.

Visiting a missile defence battery, Netanyahu told troops to be prepared for an extended campaign against Hamas.

He said: “It will take more time, but … we will achieve our goal to restore peace to the state of Israel.”

Netanyahu earlier rejected Hamas calls for a ceasefire and instead warned military action will only "increase in force".