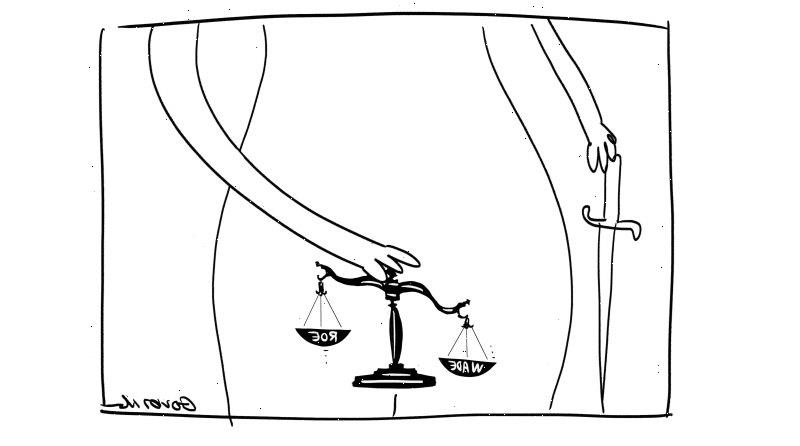 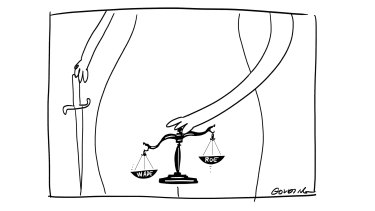 It’s not a spectator sport

Your correspondent (“Reasons for the decline”, Letters, 7/5) is correct in suggesting membership of political organisations may have dropped because of factors such as branch stacking, misogyny, etc.

However, I suspect there’s another major factor. We’ve moved from a country of hands-on people to one of “pay someone else to fix it”. I suspect most people’s attitude to politics is similar, that somebody else should fix it.

Membership of political organisations has fallen while membership of major sporting clubs has escalated. If our country is to progress, democracy can’t be a spectator sport.
Peter Cook, Essendon

Lib MP misses the point
Katie Allen (“The hard reality of a teal vote”, Comment, 7/5) misses what is driving the “teal wave”.
Many Liberal voters have given up on the Liberal Party becoming “more moderate” and want new, fresh, non-party aligned and, importantly, female representation.

Whether successful independent candidates support a Liberal or Labor government is not the point. To coin another famous ex-Liberal minister, Don Chipp, we want them to “keep the bastards honest”.
David Brophy, Beaumaris

I have been fortunate to be represented by independent MP Helen Haines in Indi, and before her by Cathy McGowan. I can assure those disillusioned by “politics as usual” that you will not regret a vote for highly qualified independent candidates such as Monique Ryan and Zoe Daniel in the House or Susan Benedyka in the Senate.

I know from experience that the climate challenge will be tackled with facts and plans not slogans. You will have genuine engagement on issues that matter in your area and the conduct of parliament will be more transparent, more respectful and more accountable.
Linda Tullberg, Benalla

Odd mumbo jumbo
This election is certainly producing some odd mumbo jumbo. In addition to “fake independent”, aimed at democratic competition we fear, the prime minister has invented “public autocracy”, a contradiction in terms designed to deflect attention from the creeping authoritarianism and lack of integrity on his watch (“Miracle man?”, Insight, 7/5).

When Liberal values are eschewed, and the emperor has no clothes, perhaps it is time the term “fake Liberal” enters the lexicon.
Jim Allen, Panorama, SA

Opportunity knocks
The Prime Minister is constantly saying that the election is all about jobs and the economy, yet the go-slow policies of the Coalition government in relation to countering climate change and further developing the attributes of renewable energy have been constant inhibitors to growth in jobs and the economy for many years.

When did it go so wrong?
On Friday, I had drinks in the Speaker’s Corner Bar in a historic hotel in Canberra and looked at the photos depicting the building of Canberra as the future seat of the Commonwealth government.

The grainy photos record an ambitious history to imagine, plan and execute a grand dream. The buildings and the landscape, the product of an international competition won by the American Walter Burley Griffin, point to an outward-looking, future-focused country that was not afraid to take on a grand dream.

Yet today, the same country is caught up in a federal election characterised by personal slurs, seven-second sound bites and money for votes with electioneering on a grand scale. There is no grand vision and no common purpose focused towards a better future; it is banal and mediocre.

One could be forgiven for asking: “When did it all go so wrong?”
Joanna Wriedt, Eaglemont

Grateful for the chance
I’m grateful for the crisp, chilly mornings opening out to glorious, sunny late autumn days. My bulbs are springing up like asparagus and I look forward to the annual surprise as they flower.

I’m also grateful that, for all the faults in our governments and governance, we’re in a country where candidates can speak without fear of imprisonment and we can vote without fear of persecution. The media, for all its flaws, is free in a way that many others are not.

As we enter the last two febrile weeks of the election campaign, let’s remember all the things we have to be thankful for, take stock, and exercise our hard-fought right (and responsibility) to vote wisely.
Jennie Irving, Camberwell

Time for a fresh start
Our current government is good at developing hybrid systems that ensure those who support privatisation are rewarded greatly at the expense of those who are being supported by these systems.

Jon Faine (“Lost in the care labyrinth”, Opinion, The Sunday Age, 1/5) highlights the need for a better and more efficient approach to the way aged care and the NDIS is organised and funded. We have tried the private hybrid approach and it has failed our most vulnerable. It’s time to start again.
Paul Chivers, Box Hill North

Gay Alcorn sends an exclusive newsletter to subscribers each week. Sign up to receive her Note from the Editor.

Skateboarder jumps off a Sydney bus in TikTok stunt