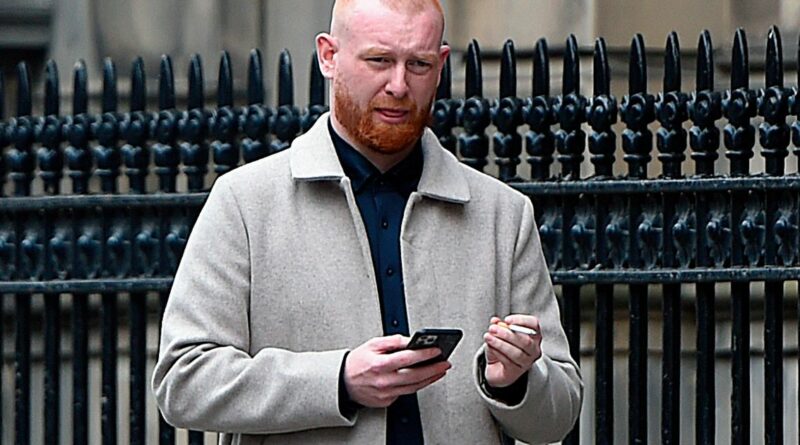 A jealous hairdresser torched his girlfriend’s brand new £16,000 car after FaceTiming to accuse her of cheating on him.

Ben Lawless, the boyfriend, completely destroyed the Volkswagen Polo Match Evo after driving off with it on Boxing Day and setting the new car alight.

The 24-year-old had called his partner on a FaceTime video call to tell her he was going to set the vehicle on the fire, The Daily Record has reported.

He alleged she was "cheating" on him after her ex-boyfriend texted her to say "Happy Christmas".

She hung up the call but moments later Lawless started the blaze outside his Edinburgh home which left the Polo gutted.

Vehicle records showed the car was only registered in September last year.

Lawless appeared at the city’s sheriff court on Friday and pled guilty to willfully setting fire to his ex-partner’s car on December 26 in the Leith area of Edinburgh.

Fiscal depute Jennifer McLaren said Lawless and the woman were in a relationship and stayed over with family for an "amicable" Christmas Day. Ms McLaren said the woman’s ex-boyfriend had sent a text "wishing her a Happy Christmas" which Lawless had seen that night.

The prosecutor said the woman woke up at 8.30am on Boxing Day to find Lawless had driven off with her white Polo.

Ms McLaren said the woman phoned Lawless and found him to be "very angry and aggressive" and “accusing her of cheating and messaging her ex-partner”.

The court heard she then received a FaceTime call from Lawless.

Ms McLaren said Lawless "threatened to set the vehicle on fire" and his girlfriend had "panicked and hung up the phone".

The court was told a neighbour was looking out their window and saw Lawless lean into the Polo and a fire starting in its front seat.

Ms McLaren said: "After a few seconds the car was alight. The neighbour called the fire service."

Firefighters arrived to put out the flames, she added, but the Polo was "completely burnt out".

Lawless handed himself in at a police station on December 27.

Sheriff Corke deferred sentence for reports until next month.

If you have been affected by issues of domestic violence or coercive control you can call Refuge's 24-Hour National Domestic Abuse Helpline for free. The number is 0808 2000 247