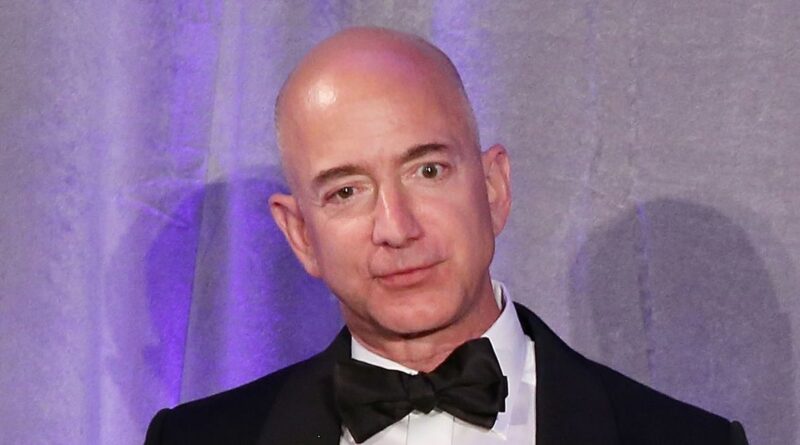 Want stories that are quite literally out of this world? Get Spaced Out direct your inbox

Amazon billionaire Jeff Bezos bloated his property empire to an eye-watering $600 million (£444 million) after he snapped up two new homes.

The tech tycoon, who is one of the world's richest men, has boltholes scattered across America for every occasion and season imaginable.

Mr Bezos's new abodes are located in Hawaii and Manhattan, and have seen his property empire swell.

They are the latest in an expensive collection of homes ranging from $5 million (£3.71 million) to $165 million (£122 million) and spanning the distance of the United States.

He also owns homes in Seattle near the border with Canada to sunny California, in New York City and in Texas.

Mr Bezos's latest buy is a Hawaiian estate that boasts 14 acres. It has dormant lava fields that scientists say may erupt in 500 years.

The sprawling complex is situated on the scenic La Perouse Bay on Valley Isle in Maui, Hawaii, that is a magnet for the super-wealthy.

The waterfront property, located in a place that’s fast becoming a tourist trap for tech tycoons, set him back a cool $78 million (£57 million).

Facebook founder Mark Zuckerberg, 37, recently snapped up a 600-acre property on the nearby island of Kauai while chat show queen Oprah Winfrey owns 60 acres of land in East Maui.

While it’s unclear when Mr Bezos purchased the property, the Mail Online reports that he donated to the Hawaii Land Trust in mid-September, which organises the environmental conservation on Maui.

The Blue Origin founder's other purchase for 2021 was made just under 5,000 miles to the east of his dazzling Hawaiian estate, in the concrete metropolis of Manhattan.

The delivery magnate has been buying up apartments on Manhattan’s high-flying Fifth Avenue for many years.

His latest purchase worth $23 million (£17 million) leaves him with $119 million (£88 million) worth of apartments in the one building.

For a space entrepreneur ill at ease with earthly proportions, the 20,000 square feet which he can now amalgamate into a mega-mansion should be just the ticket.

The apartments peer out onto Madison Square Park.

A short flight away sits Bezos’ new purchase in Washington, D.C. – an old textile museum converted into a 27,000 square foot grand manor in Kalorama, adjacent to another $23 million (£17 million) property he already owns.

Its stately red-brick façade and wood-panelled interior would make it a befitting home for a founding father holding court near to the pulse of power.

Indeed, the Obamas, who own a home a stone’s throw away according to the Mail Online, as well as Ivanka Trump and Jared Kushner, have visited before.

Man, 47, dies after roof of house collapses into bedroom in Bradford