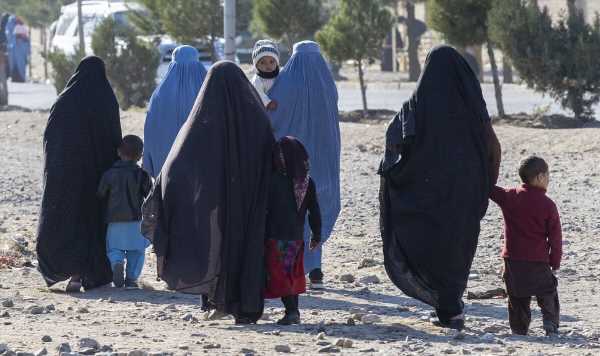 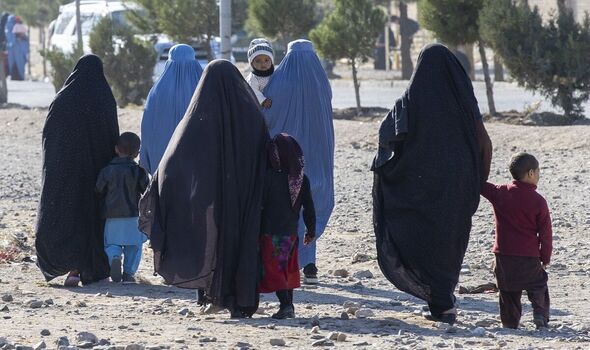 War Child’s chief executive, Rob Williams, told the Daily Express the country is now at a “real moment of truth” as it faces a massive hunger crisis. The Taliban has ruled that women can no longer work in domestic or international NGOs in the country, prompting fears of a humanitarian disaster.

The country desperately needs aid following the US troop withdrawal last year and the Taliban takeover, which led to its central bank reserves being frozen.

But many aid agencies have stopped work following the ban on female staff, calling for the Taliban to back down.

“This stand-off of aid agencies and the Taliban looks to me like the culmination of all the warnings of disaster in Afghanistan,” said Mr Williams.

“This is the real moment of truth. If the Taliban is determined to push ahead with a set of rules which makes it impossible for humanitarian aid to be delivered, the consequences will be catastrophic. We call on the authorities in Afghanistan to reverse this ban on female staff and protect the lives and futures of millions of people under their control.”

It is not uncommon in Afghanistan to arrange the sale of a daughter into a future marriage but raise her at home until it is time for her to leave.

But as the country’s economic crisis deepens, families are reporting that they are handing children over at an increasingly young age because they cannot afford to feed them.

Mr Williams added: “Often the cash assistance we provided was the difference between a family starving and being able to eat. This is life-saving work.”

Just days before the NGO announcement, the Taliban ruled that women and girls could not attend university.

The 15-member UN security council has called on Kabul to reverse policies targeting women and girls saying it was “deeply alarmed” by increasing restrictions on women’s education.