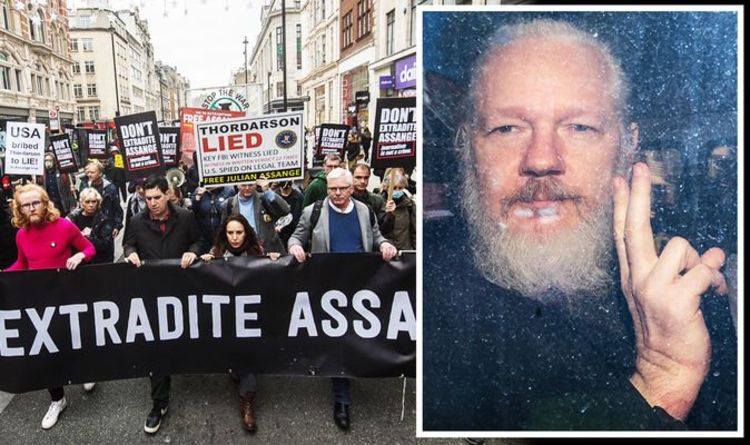 Assange, 50 is wanted in the US on allegations of a conspiracy to obtain and disclose national defence information after WikiLeaks published hundreds of thousands of leaked documents relating to the Afghanistan and Iraq wars.

After a multi-week extradition hearing, District Judge Vanessa Baraitser ruled in January that Assange should not be sent to the US, citing a real risk of suicide.

Today’s hearing will mark the start of the two-day legal challenge at the Royal Courts of Justice in London.

Campaign in The Times

The Times has a full-page campaign advertisement in today’s paper.

The advertisement reads “this week the US will try to extradite Julian Assange, threatening him with a 175-year sentence.

“Journalism is not a crime.”

What will the US argue?

The High Court has previously heard details of the US Government’s argument.

It said the appeal will say there is a legal requirement that an individual must be “so ill” that they are unable to resist suicide for a decision to be taken not to prosecute, or in Assange’s case, extradite them.

Clair Dobbin QC, for the US, previously said: “It really requires a mental illness of a type that the ability to resist suicide has been lost.

“Part of the appeal will be that Mr Assange did not have a mental illness that came close to being of that nature and degree.”

Ms Dobbin also told the court that the need for scrutiny is “substantially increased” given the background, including the “extraordinary lengths” Assange has already gone to in order to avoid extradition.

Brit hotel on coronavirus lockdown after guest rushed to hospital