Paris: Kamala Harris and French President Emmanuel Macron agreed on Thursday AEDT that their countries are ready to work together again, after the diplomatic drama surrounding the Australia-France submarine deal that put the relationship at a historic low.

The US Vice President met with Macron on Wednesday evening at the Elysee presidential palace, as part of a weeks-long effort by Washington to mend relations with France, America’s oldest ally. 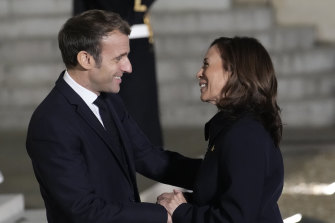 Harris’ four-day trip to Paris comes after President Joe Biden told Macron the US had been “clumsy” in handling the submarine issue, during a meeting in Rome, Italy on October 29. Biden didn’t formally apologise to Macron, but conceded the US should not have caught its oldest ally by surprise.

Australia in September cancelled a deal with France’s Naval Group, opting instead to build at least 12 nuclear-powered submarines in a deal with the United States and Britain.

Macron on Wednesday said he had had “a very fruitful meeting” with Biden.

“We do share the view that we are at the beginning of a new era and our cooperation is absolutely critical for this one,” he said. 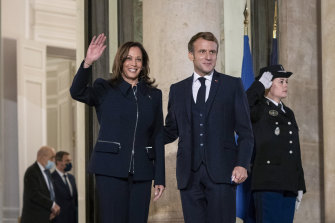 French President Emmanuel Macron stands next to US Vice President Kamala Harris as she waves before a bilateral meeting.Credit:AP

Echoing the French president’s comments, Harris said: “I think we share this belief that we are at the beginning of a new era, which presents us with many challenges, but also many opportunities.”

“Building on the great conversation that you and President Biden had, I look forward to the next few days. We’ll work together and renew the focus that we’ve always had on a partnership,” she added.

Last week France’s ambassador to Australia, Jean-Pierre Thebault, said Australia had acted with deceit when it abruptly cancelled a multi-billion dollar deal with Paris to build a fleet of submarines.

“The deceit was intentional,” Thebault said in Canberra.

“And because there was far more at stake than providing submarines, because it was a common agreement on sovereignty, sealed with the transmission of highly classified data, the way it was handled was a stab in the back.”

In Paris, Harris said she and Macon would discuss the COVID-19 pandemic, cooperation on space and climate change, amid other topics.

Earlier Wednesday, Harris paid her respects to Americans who died in the two world wars and are buried in a cemetery overlooking the Paris skyline. To the notes of Taps, Harris laid a wreath in their honour and met with US military service members at the Suresnes American Cemetery and Memorial.

Among the more than 1500 graves was that of Inez Crittenden, a World War I switchboard operator from Harris’ hometown of Oakland. Noting that was “one of the few jobs women could have” at the time, Harris said, “We’re very proud of her memory and her service.”

Crittenden died on Armistice Day — November 11, 1918 — from pneumonia, likely caused by the flu pandemic of the era. Harris will attend Armistice Day commemorations in France on Thursday.

Biden’s next big giveaway starts in July — will Congress finally start telling him ‘No’?

400,000 fraudsters could have been let off the hook due to IT failure 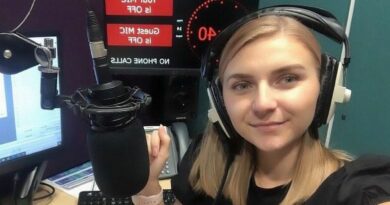