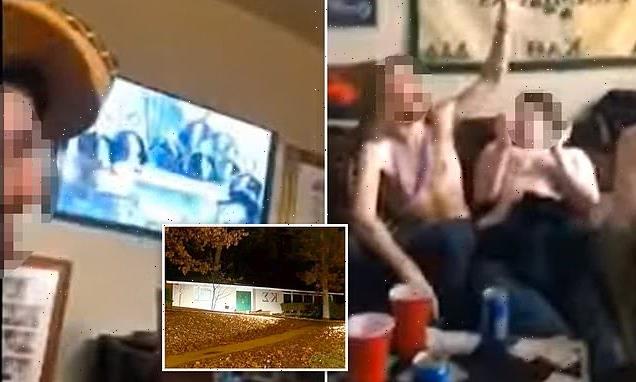 The University of Richmond in Virginia has suspended the Kappa Sigma fraternity after a video emerged showing some of the organization’s members performing a racist song.

The video, which was first obtained by The Collegian, a student newspaper at the University of Richmond, shows a gaggle of shirtless white men shouting ‘the South will rise again’ at top volume while laughing and clapping.

The short clip also features one of Kappa Sigma’s members crying out, ‘I want to be a slave owner,’ and others singing the lyrics to the 19th Century song ‘Dixie’s Land,’ which celebrates the Confederacy.

The video was said to have been recorded last year. 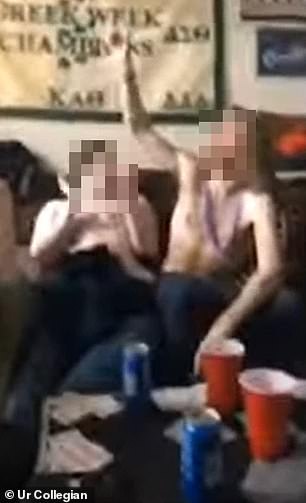 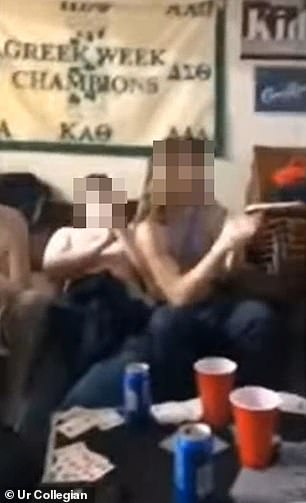 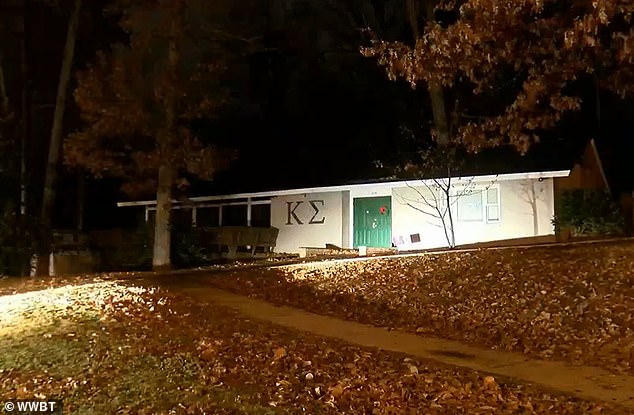 A shot of a big-screen TV hanging on the wall in the room shows what appears to be a program about the American Civil War playing in the background.

According to reporting by the student paper, the video was made after the men of Kappa Gamma played a drinking game called ‘Civil War,’ which is similar to Beer Pong, sometime during the 2019-2020 school year.

After the video was leaked on Friday, the Kappa Gamma fraternity’s national organization also suspended the University of Richmond’s chapter pending an ethics review.

In response to the video’s release, University of Richmond President Kevin Hallock sent out a statement on Tuesday condemning the video and the students seen in it, reported NBC12.

‘The behavior recorded in the video is shameful and despicable. I am appalled by what I have seen and heard,’ Hallock said.

‘This is not who we are, nor who we aspire to be.’ 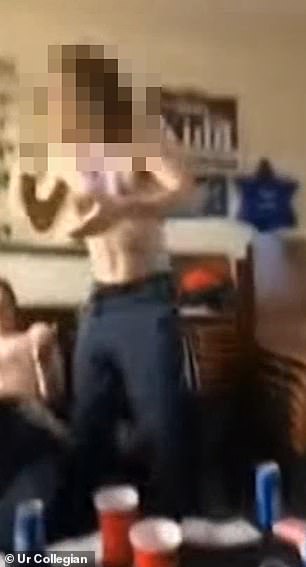 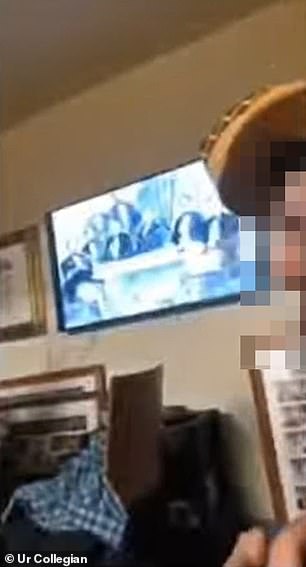 The video was recorded last year. In it, a gaggle of shirtless students are seen singing ‘the South will rise again’ and ‘I want to be a slave owner’ 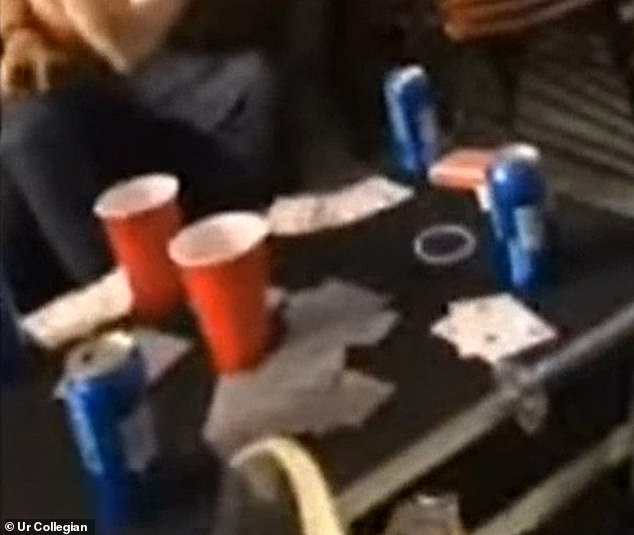 According to reporting, the video was made after a drinking game called Civil War, which is similar to Beer Pong

Junior Shira Greer, a member of the Black Student Coalition at the University of Richmond, said that Hallock’s words do no reflect reality.

‘To say that this is not who we are is a lie, and I think we just wanted to call that out really clearly,’ she told NBC12.

Greer said that she found it ‘disturbing’ how comfortable the Kappa Gamma members were to openly make racist remarks.

‘It’s not surprising because I think we know these sentiments exist among many members of our campus community,’ she added.

Greer called on the president to take action, beginning with removing the names of a 19th Century slave owner, the Rev. Robert Ryland, and Douglas Southall Freeman, an advocate for racial segregation who wrote a Pulitzer Prize-winning biography of Robert E Lee, from campus buildings.

The university has launched an investigation into the incident and was said to be working to identify all the students seen in the offensive video. 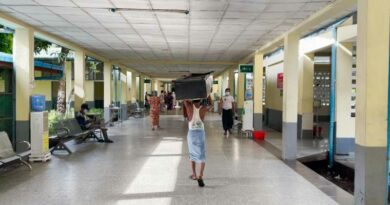 COVID-19: People in Myanmar forced to ‘keep corpses in their homes for days’ amid worsening third wave