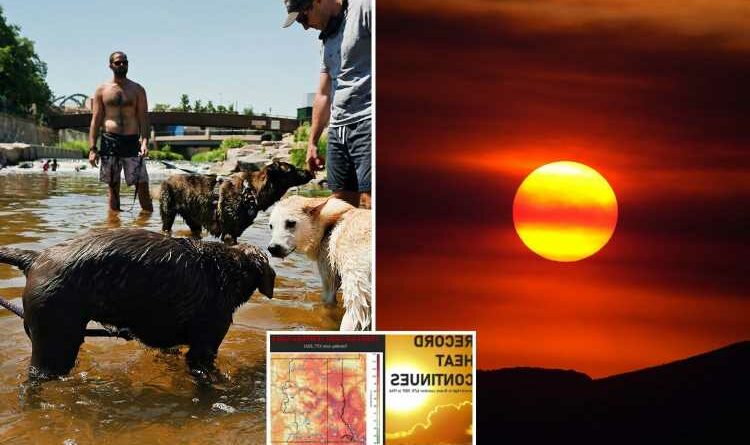 EXCESSIVE heat warnings have been issued for the first time in Colorado as around 50million Americans brace themselves for record-breaking 110F temperatures.

A heat dome has engulfed the western US state meaning several days of extremely dry weather and sweltering temperatures are expected. 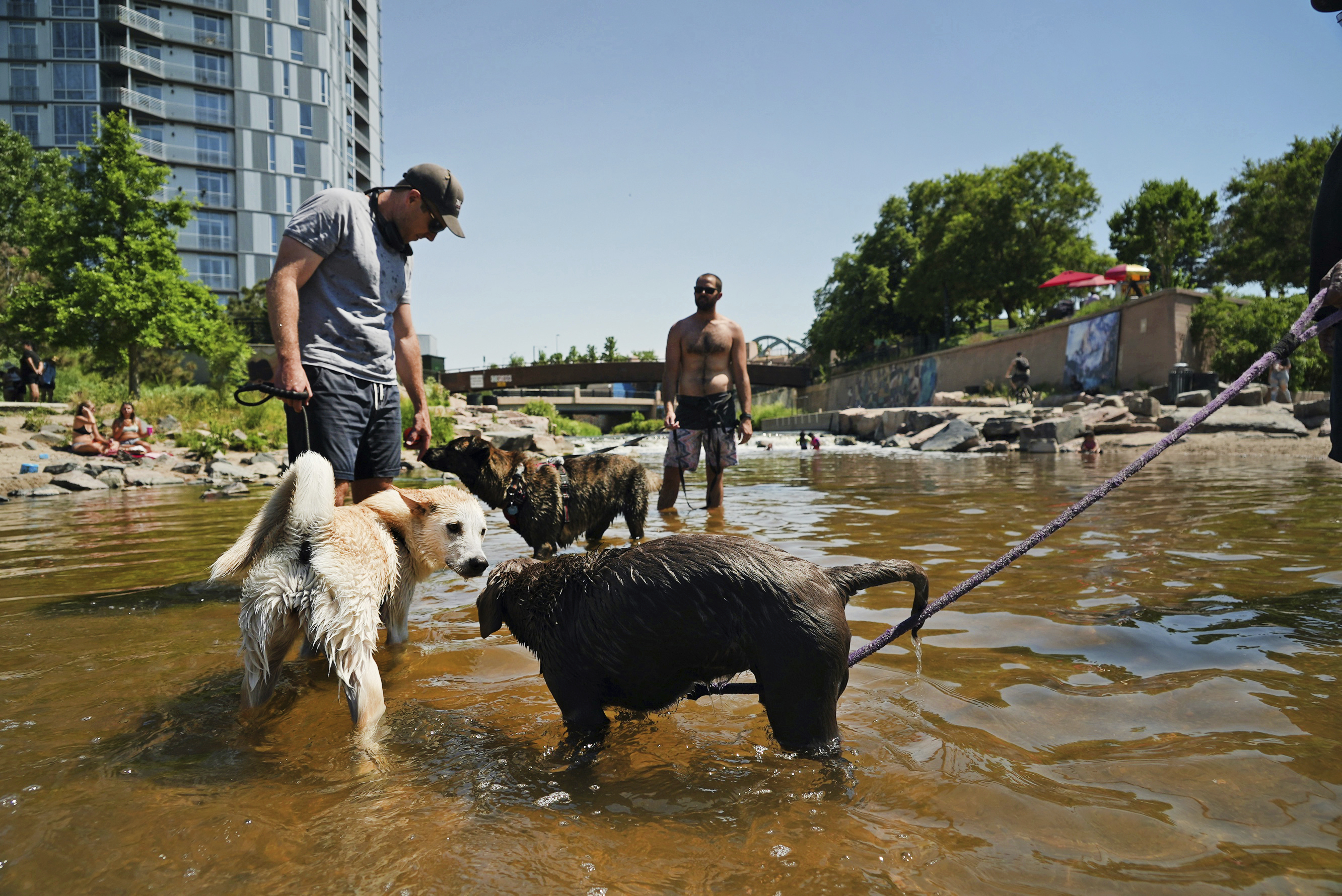 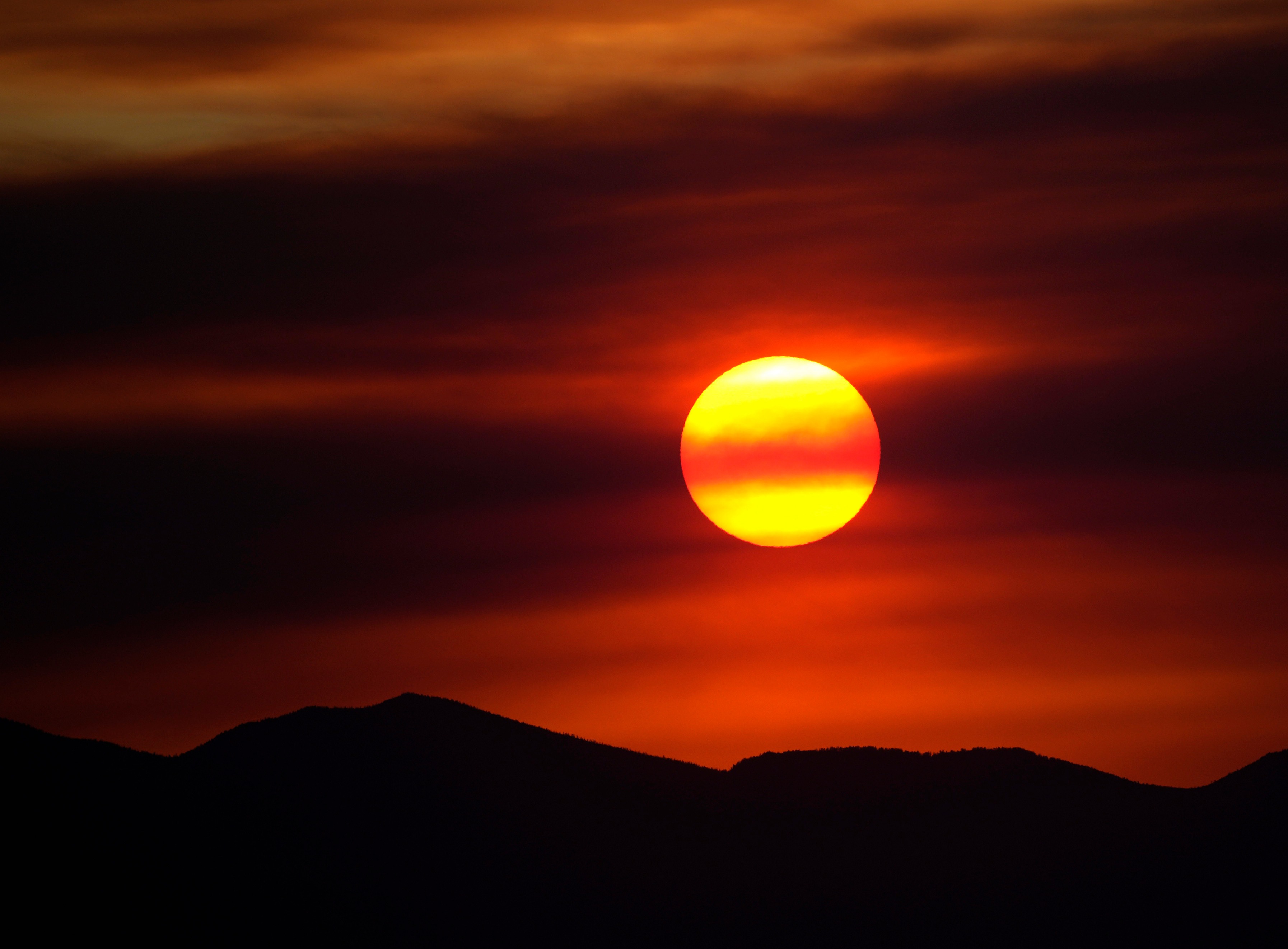 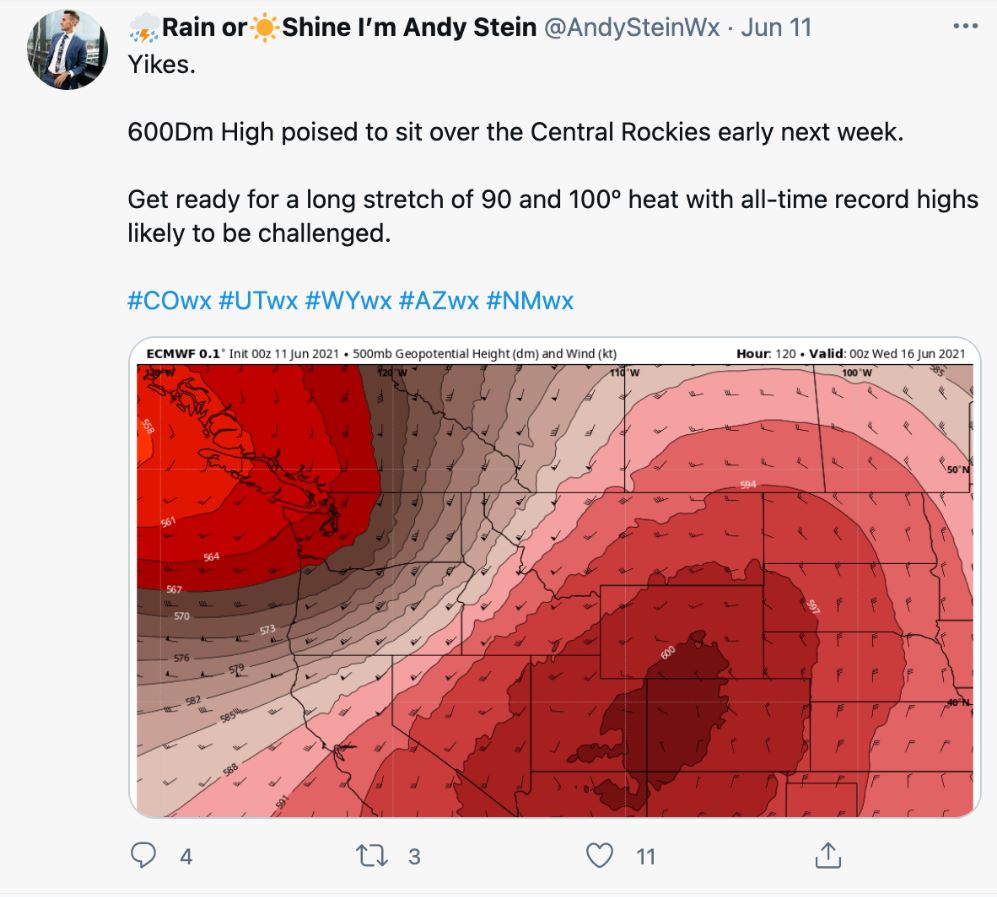 Weather authorities have issued extreme heat warnings for the cities of Grand Junction and Nucla.

It is the first time that they have been introduced in the state.

The warnings will remain in place until Friday afternoon, according to the Canon City Daily Record.

Temperatures in Grand Junction could smash previous highs of 105F at several points this week.

It's possible that six consecutive days of 100F heat could be recorded in Grand Junction.

In Denver, temperatures will just hover below the three-figure mark with highs of 96 and 97F expected on Tuesday and Wednesday. 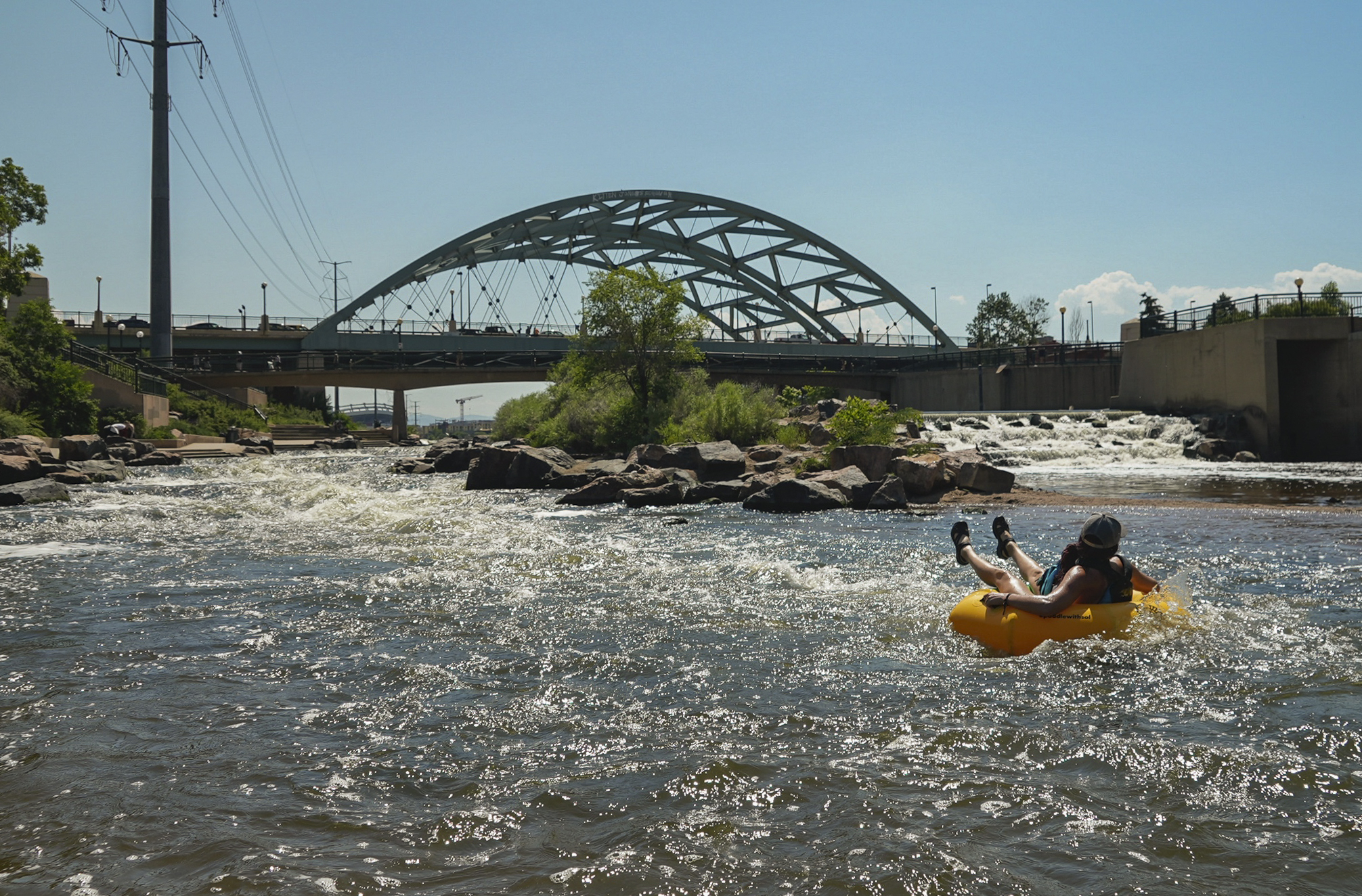 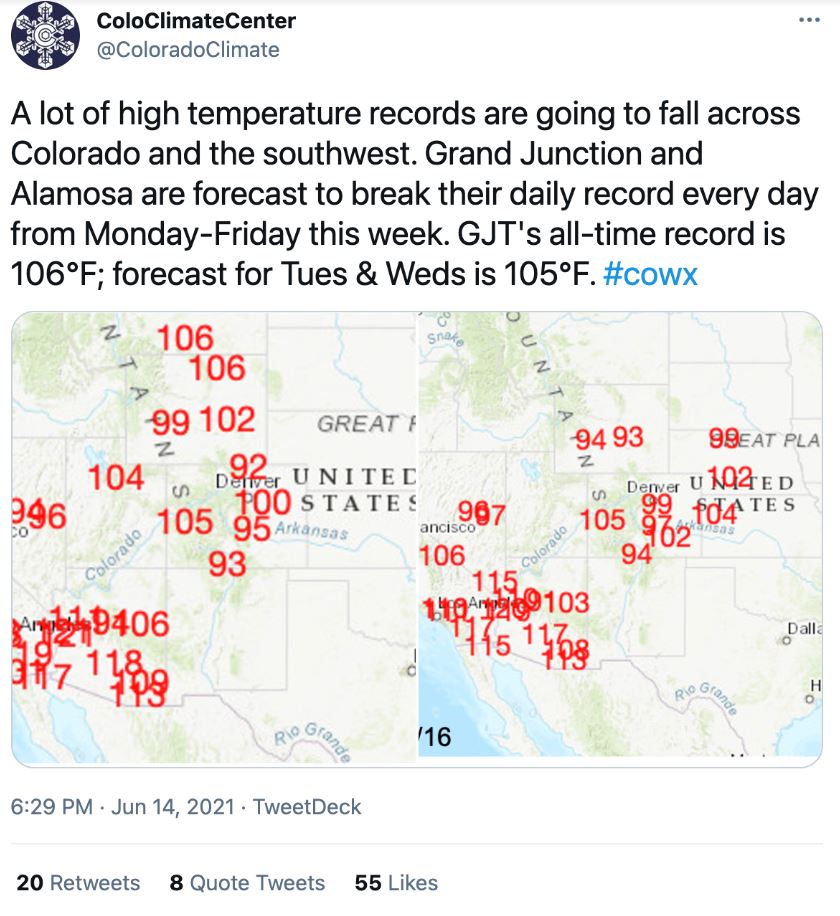 Temperatures in Boulder and Fort Collins are expected to hit 100F in the coming days, shattering records in the process.

Rainfall is not expected even though subtropical moisture is moving through the state.

Dry thunderstorms may occur in mountainous regions, posing a risk of wildfires.

Long periods of heat are known as heat domes. They are formed when vast areas of sweltering heat become trapped under a high-pressure dome.

The larger a heat dome grows, the longer the heatwave lasts.

The extreme weather in Colorado comes as a formidable heatwave grips the West Coast. 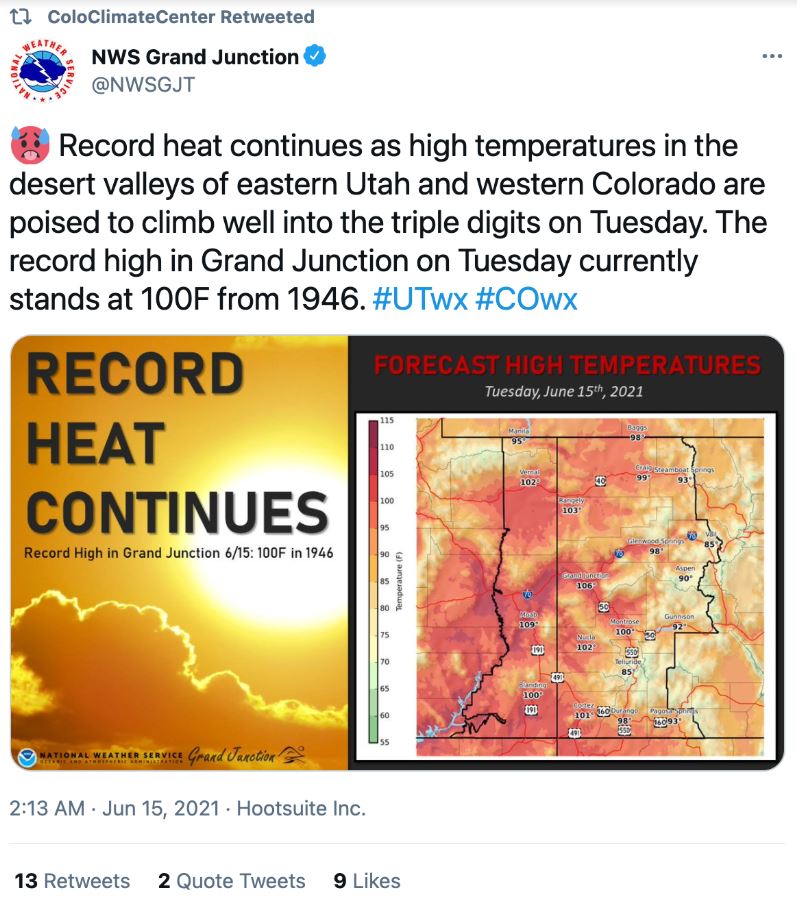 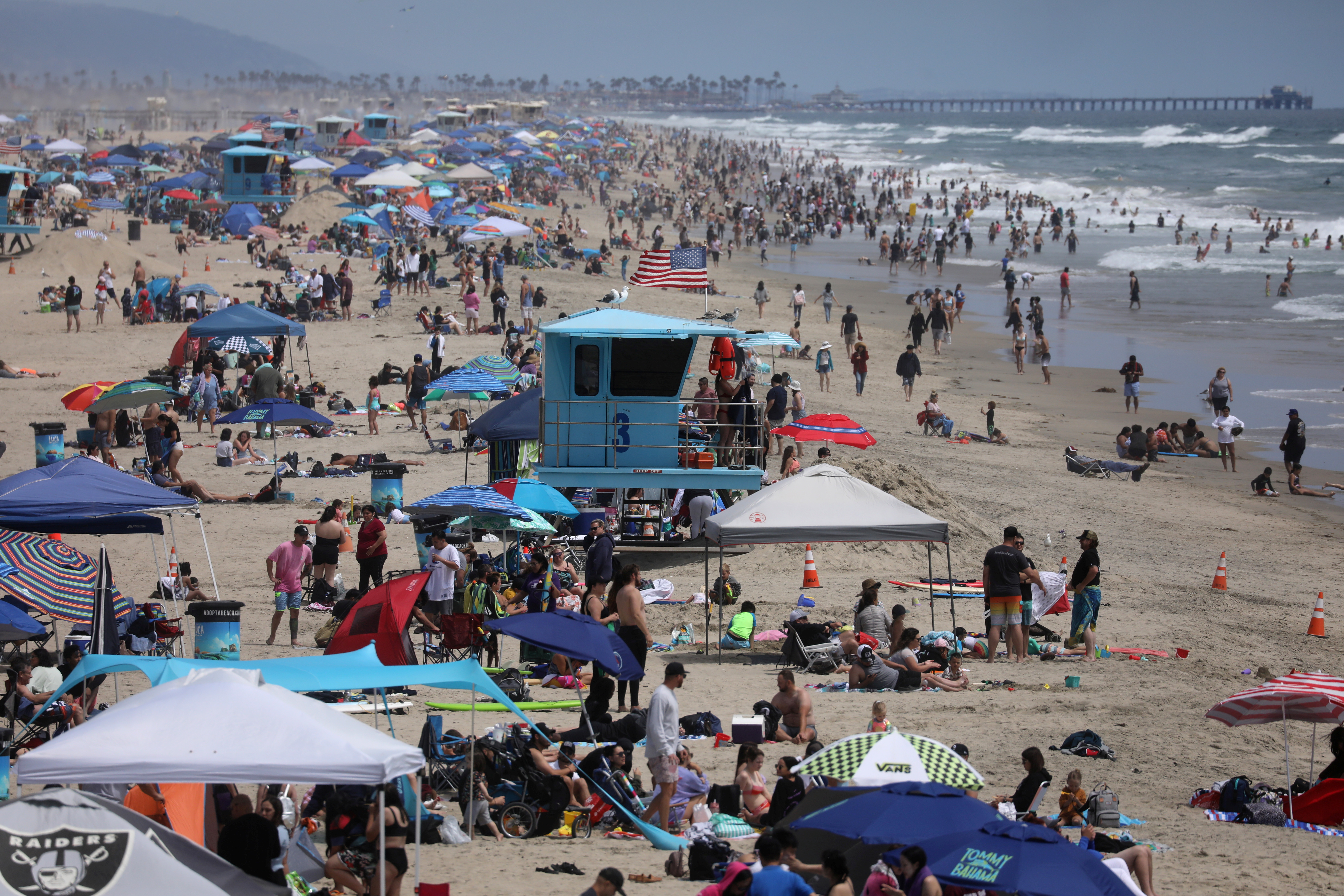 The mercury rose to 102F in Salt Lake City, Utah – shattering a temperature record that had stood since 1918.

On Sunday, temperatures in Tucson and Safford, Arizona soared to 112F and 113F.

Temperatures in Death Valley could reach 123F by Wednesday – just 10 degrees shy of the all-time of 134F recorded in 1913, according to the National Park Service.

AccuWeather Meteorologist Mary Gilbert said: "The heat will only become more intense through the week."

This is because the jet stream moves northwards as hot air floods into the region.

Highs of 15-25F above normal are expected at the peak of the heatwave.

Revelers were pictured making the most of the hot weather as they took to the beaches of San Diego on Memorial Day weekend and cooled off in pools at stunning Las Vegas hotels. 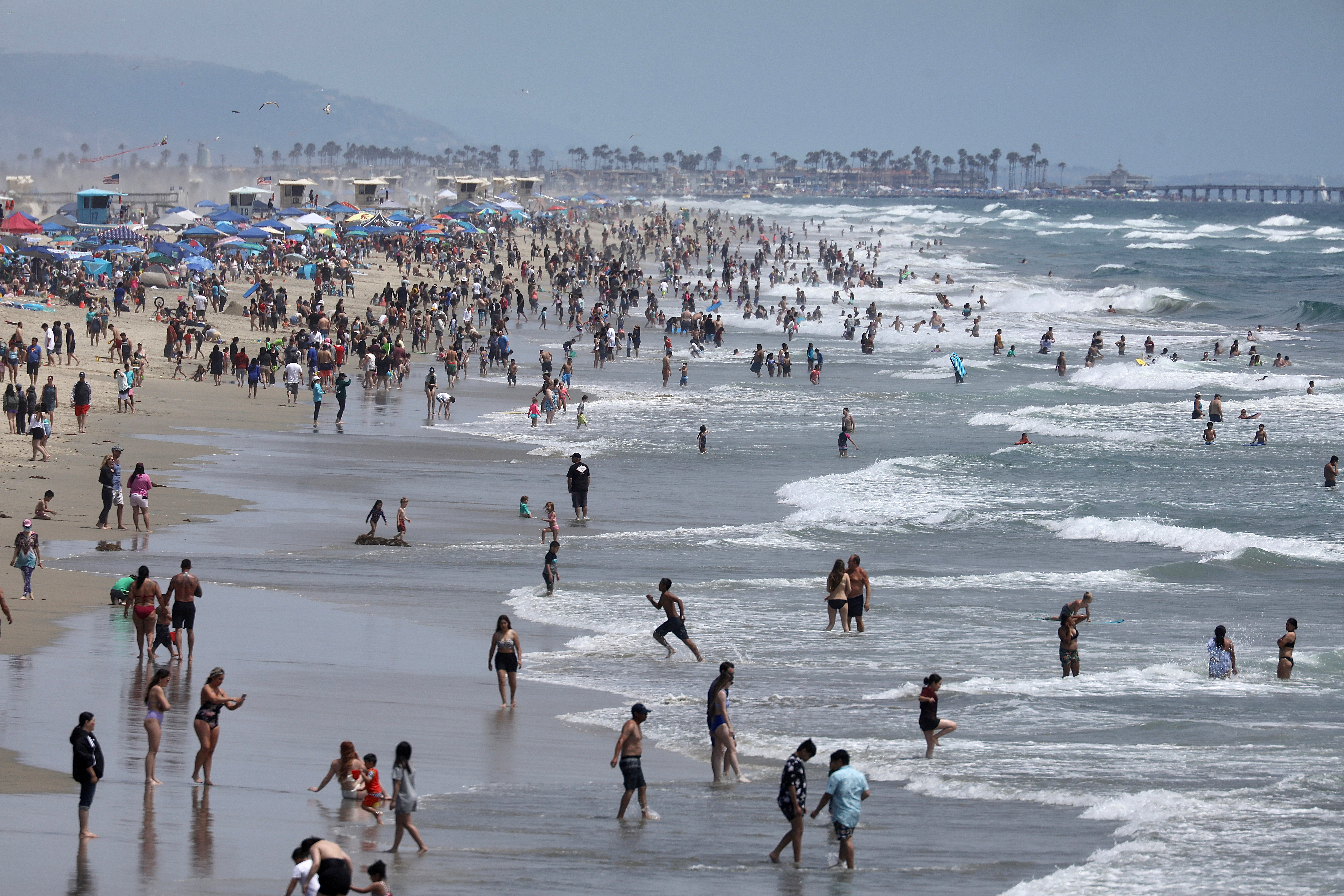 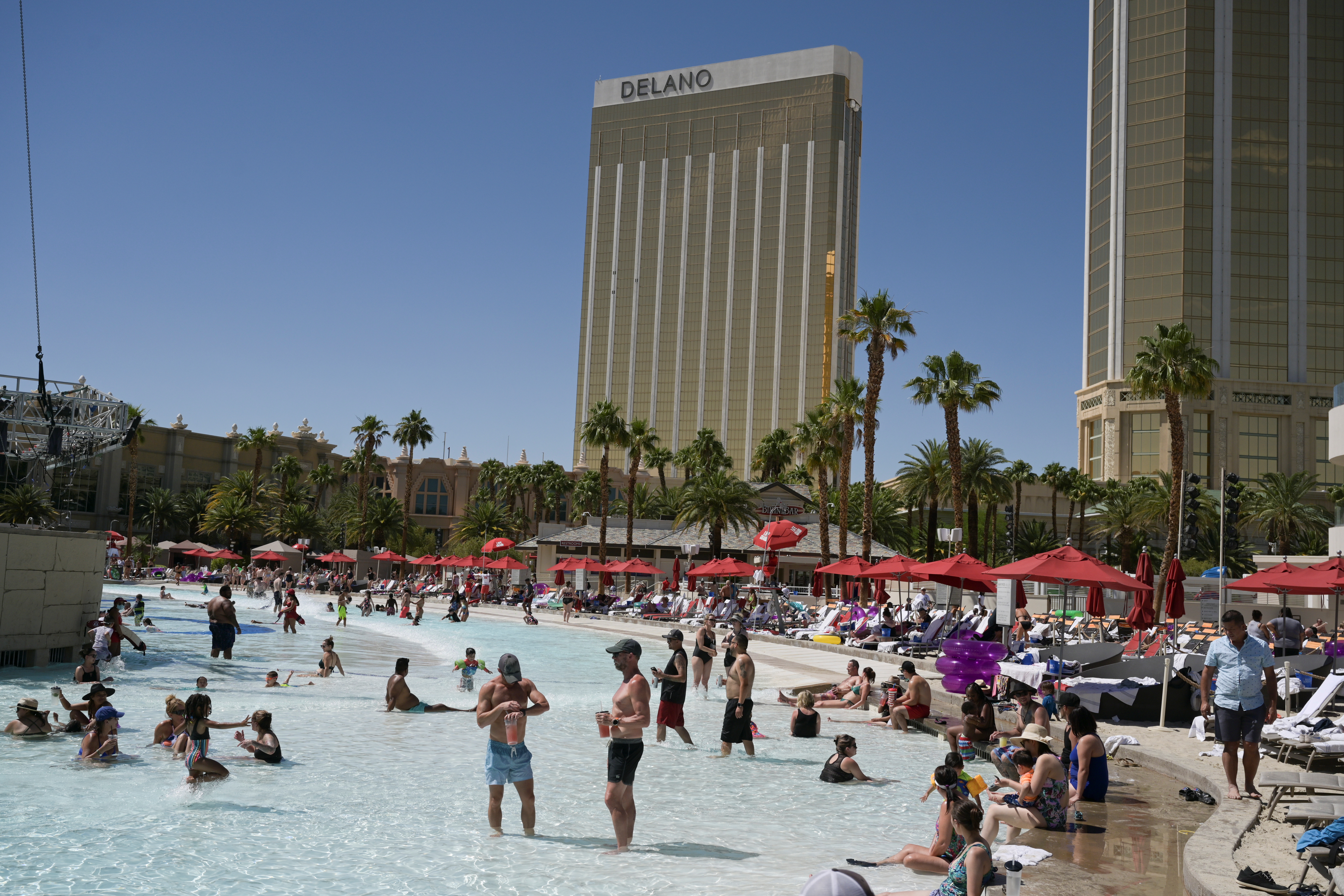 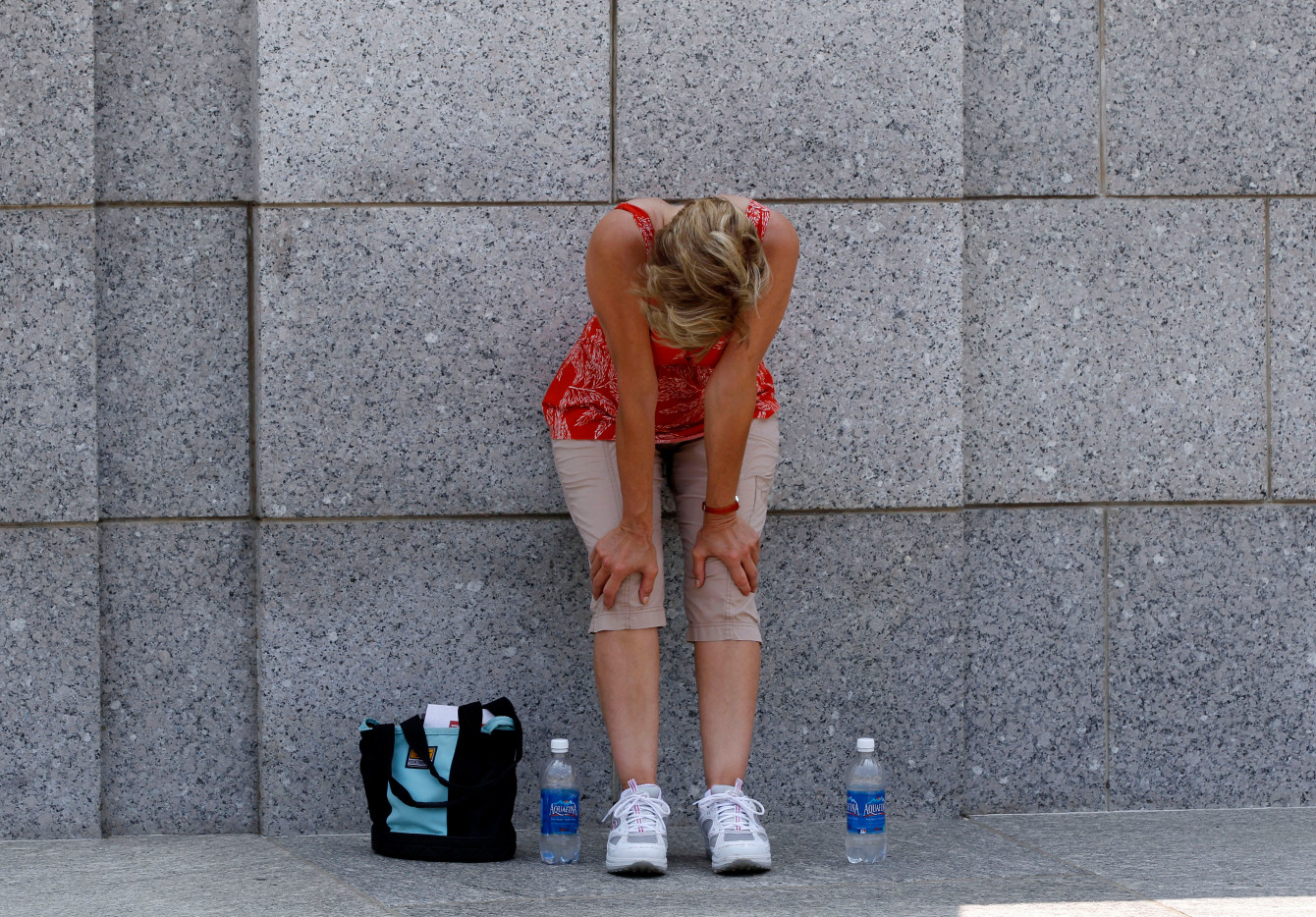 Heat records were shattered from Southern California to parts of Washington State as temperatures in Sacramento reached 106F.

Last month, the southeast US was under a heat dome as temperatures came close to shattering record highs.

Temperatures in Atlanta were forecast to reach 95F, challenging the long-standing 1916 record.

Temperatures soared in Georgetown, Delaware where the 1996 record of 92 degrees was broken by reaching 93.

Boston experienced a week of whirlwind weather as temperatures rose to 90F, fell to the 60s, before returning to the 90s.

The eastern seaboard cities do not usually reach temperatures over 90 degrees until after June 1.

Missing Ga. Woman Once Thought to Be in 'Danger' Now Accused of Helping Suspected Killer on the Run

Over 100 prison staff honour female officer to die of coronavirus