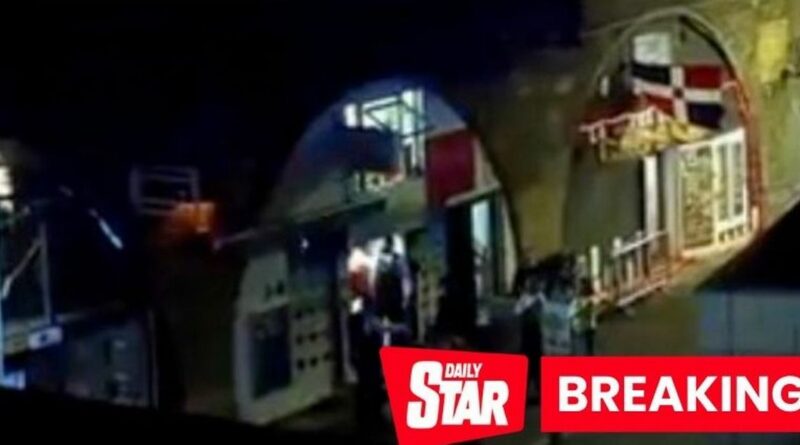 A 23-year-old has been stabbed to death reportedly inside a London restaurant this evening.

The man tragically died shortly before 8pm in Elephant & Castle in Southwark.

No arrests are yet to be made and the suspect is still at large. The victims family have been informed.

According to My London, a "tall man wearing a motorcycle helmet" burst into a restaurant and attacked the victim.

The publication reported that police were seen putting witnesses into cars to take them away to be interviewed.

A forensic tent has been set up outside of a restaurant and a police cordon is in place.

A police spokesman said: "At 19:46hrs on Tuesday, 14 December police were called to reports of a stabbing in Hampton Street, SE1.

"Officers attended with medics from the London Ambulance Service and London Air Ambulance.

"Despite the best efforts of the emergency services, a 23-year-old man was pronounced dead at the scene.

"His next of kin have been informed and an investigation is under way.

"Anyone who witnessed the incident, or who has information about what took place, should call 101 giving the reference 6908/14DEC.

This is a breaking news story and is constantly being updated.

Please refresh the page regularly to get the latest updates.

Reporters working on dailystar.co.uk will be working to source the latest information, reaction, pictures and video related to this story.

You can also follow us on Twitter @DailyStar to get the latest news updates 24 hours a day.

Or download the Daily Star app for flash alerts on the biggest stories of the day.

Why not also subscribe to receive our regular Daily Star news bulletins? You can do this on this page by simply entering your email address above and hitting 'subscribe'.

You can also sign up to our showbiz, sport and lifestyle newsletters by clicking here