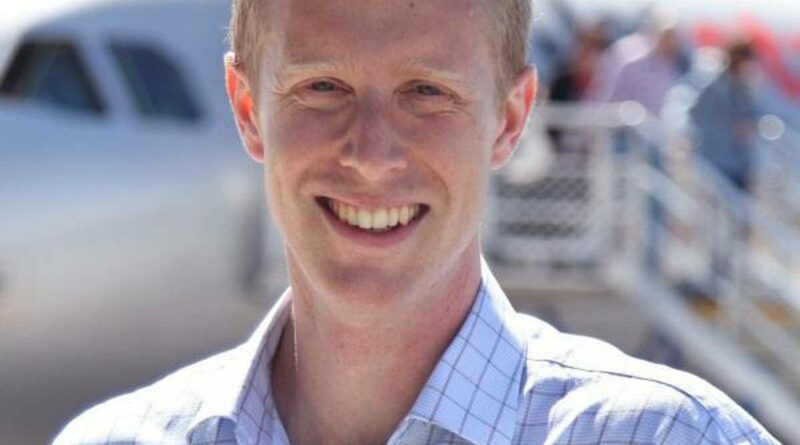 Former Queenstowner Mark Harrington is being remembered as a charismatic gentleman, and gentle man, with a wicked sense of humour, who found his place in the world in Denmark.

Harrington died suddenly on October 8 at Copenhagen Airport, a week before his 38th birthday.

His Arrowtown-based mum, Alanna, says his death was caused by a blood clot in his lung, attributed to flying.

“It was a terrible shock … he’d been so well.

“He had been working in Iceland, we had a video chat the night before he left, he flew back to Copenhagen, got off the plane … and he died instantly.”

Born and bred in Invercargill, the former Verdon College head boy, who was also a talented artist and swimmer, moved to Wellington in 2002 to study architecture at Victoria University — graduating in 2006 with honours — while Alanna and his dad, Tony, moved to the Wakatipu.

During his uni holidays he’d head to Queenstown, where he’d work waiting tables and pouring drinks.

After graduating, he walked into a job with Herriot Melhuish O’Neill Architects, where he stayed for two years.

In a tribute, the firm says he quickly became a “much-loved member of the studio”, warmly sharing his “dry wit, enthusiasm and sharp intellect” with all.

In his spare time, Harrington studied to become a pilot and when the GFC hit, Alanna says he joined the Royal New Zealand Air Force, “much to our surprise”.

The top graduate in his officer’s class, he joined the air force’s infrastructure team and moved to Ohakea, delivering key runway lighting projects and facility base level plans for a 10-year infrastructure development.

But the Wakatipu beckoned.

He joined Queenstown Airport in 2011 as airside operations manager, before being promoted, in December 2013, to operations general manager, taking responsibility for significant infrastructure projects both airside and within the terminal, and played a key role in the introduction of night flights to the airport.

Airport ops and safety GM Mike Clay says Harrington was a “great friend to many” and will be greatly missed.

In early 2015, Harrington decided to move to Denmark, initially intending to have a break.

Instead, he walked straight into a job with COWI, an engineering and architectural firm, based in Copenhagen, where he worked designing airports.

Given being fluent in Danish was a requirement to gain residency, Harrington studied at a language school four nights a week to learn the language.

On the professional front, he worked on many projects in the Dominican Republic,Stockholm and Uganda.

He was in the middle of an extension project at Keflavik Airport, Iceland’s main airport, when he died.

Alanna says their only child “felt he had found his place in the world in Denmark”.

“The whole culture of [Denmark] appealed to him — he liked their philosophy about what was important.

“He loved Copenhagen, he’d made it home, he fitted there.”

Harrington’s last trip home was last summer, arriving in early December and leaving in the middle of April.

He’d started his own airport design company, so worked nights from Arrowtown and had adventures during the day.

“He travelled and saw all his friends, he went to concerts, he celebrated a big family Christmas, so he couldn’t have given us a better gift.”

Alanna says she and Tony are grateful for the incredible support from the local community, and his amazing friends in Denmark, who handled a blessing and put on a memorial service for him in Copenhagen on their behalf.

“We couldn’t have done it without them.”

Ahead of his memorial service at Queenstown’s Moonlight Country today, Alanna says she and Tony feel lucky to have been Harrington’s parents.

“He was a gentleman, he lived a very minimalistic life and wanted for nothing.

“He valued quality, the family and friends he had, and the few things he owned.

“Right from the start, he was just a very gentle, happy boy, with a great sense of humour.

“He was very loved … we were lucky.” – Mountain Scene

Ask Amy: Cull those diaries of the “icky bits” – The Denver Post