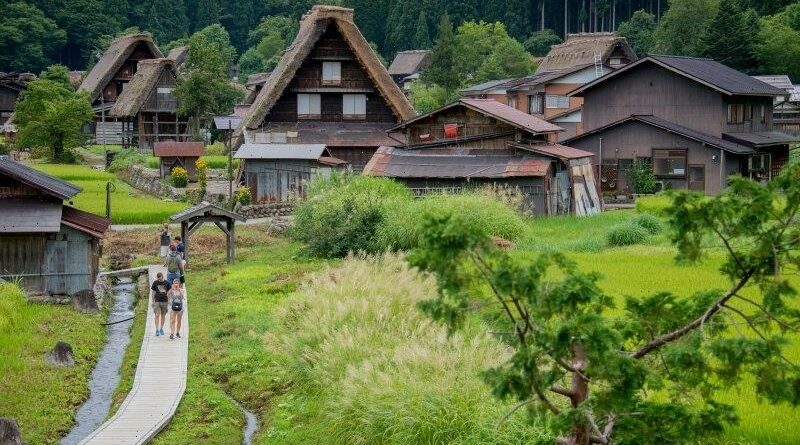 Tokyo: Kana Hashimoto was toiling away at the lowest rung of a Tokyo insurance company, daydreaming of a decades-away retirement on a farm. Then, the pandemic hit.

Hashimoto, 25, reconsidered her priorities. Staying in the city was not among them.

In April, she moved to Minami-Aso, a village of about 11,000 people in southern Japan, and now balances many jobs she loves: farming, helping distribute local ingredients to nearby restaurants, working at a miso soup shop and a hot-spring spa. 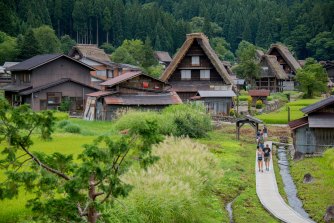 Shirakawa-go, in Japan’s Gifu prefecture. The pandemic has prompted many urbanites to seek a simpler lifestyle in rural parts of the country. Credit:Getty Images

“My life is completely different now,” she said. “I can’t imagine myself living 100 per cent back in Tokyo anymore. I love how I’m surrounded by nature here, and I feel healthier and emotionally full.”

The global pandemic has prompted a wholesale rethinking of life choices around the world. But in places such as Japan, where rigid work cultures offer few alternative paths, the pandemic has brought a rare opportunity for residents to reimagine how their futures could – not should – look.

In Tokyo and surrounding areas, the rethink is particularly strong among people in their 20s and 30s, according to a November survey of more than 10,000 people by a government office looking at the impact of the pandemic. 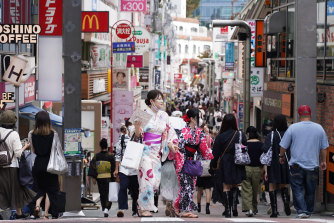 Harajuku district of Tokyo: In the wake of the pandemic, many are turning away from Japan’s bustling city life. Credit:Bloomberg

These young workers are seeking alternatives to Tokyo’s corporate grind, marked by long hours, cramped subway commutes, meetings with bosses over after-work drinks and strict corporate hierarchies. About one-third of the people in their 20s and 30s living in greater Tokyo said they had taken steps in the past six months to move to rural Japan, according to the survey. Among 20-somethings alone, 44.9 per cent said they were interested in moving to rural Japan.

While the figures represent a small sample, they nonetheless point to a trend that is unfolding during an important time for Japan’s rural areas, whose populations are rapidly shrinking with a combination of elderly residents and declining birthrates.

In recent years, national and local governments have been promoting rural revitalisation efforts to attract younger residents to the outskirts of Japan, including jobs with companies that would allow teleworking, and offering unoccupied rural homes for sale for as little as $620.

Japan’s new Prime Minister, Fumio Kishida, is looking to ramp up such efforts. Among Kishida’s major initiatives is investing in programs aimed at closing the urban-rural divide, a plan he has dubbed “Vision for a Digital Garden City Nation”. 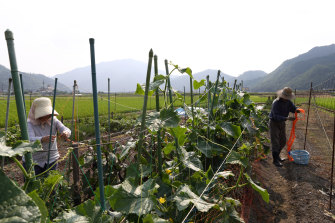 Farmers at their vegetable field in Yabu City, Hyogo Prefecture.Credit:Bloomberg

“It is our areas outside our major urban centres that are of the utmost importance,” Kishida said in an October 14 news conference, insisting that a “digital transformation” will address quandaries such as depopulation of rural areas.

In a country where young people have been fleeing rural areas for job opportunities in larger cities, people like Hashimoto are taking the opposite path. And doing so comes with its own social pressures.

Hashimoto’s parents were shocked when she told them about her decision to upend her career. Her parents sent her to school in Canada with the expectation that she would become a global insurance executive, following her father’s footsteps in the industry.

“My parents were really against the idea initially, and we fought a lot when I talked about moving. I think farming was definitely not in my parents’ plans,” she said.

Ayaka Suita, 30, worked for a human resources company in Tokyo before moving to Tsuno-cho, a town of about 10,000 people in Miyazaki prefecture in southern Japan. She now works for a start-up, where she educates students about sustainable living and works on the town’s zero-carbon initiatives.

She was already interested in potentially moving out of Tokyo, but it was the pandemic that gave her the mental break to seriously think about it. When COVID-19 hit, her gruelling work schedule lightened up because companies weren’t hiring new employees and had fewer human resources demands.

In Tokyo, Suita felt frustrated that it would take years for her to take on ambitious assignments. But now, she is taking on new projects that allow her to stretch her skills.

“In corporate Tokyo, it’s not so easy for young people to be given big opportunities in their careers, but in rural areas, regardless of age there are plenty of opportunities,” she said. “Before coming here, I gave up on things I assumed I wasn’t capable of, but after moving here, my potential has really expanded.”

The young people who move to rural areas are often one of few residents in their age groups, making it difficult to build new social circles.

The first six months were a tough adjustment period for Suita, who started online communities geared toward other younger Japanese residents to help one another through their transitions.

Nongovernmental organisations are now working to help people such as Suita and Hashimoto transition more seamlessly into rural life.

In the pandemic, Heroines for Environment and Rural Support (HERS), a nongovernmental organisation that works to decrease gender disparity in farming, has been receiving more requests from women who want to leave Tokyo for rural areas – or have recently made the jump.

The group has increased its online classes and seminars for women who want to learn what it’s like to live, work and raise children in rural Japan, said Eri Otsu, director of HERS. And it works to support women newly living in rural areas and are looking for a community.

“We have seen a rise in interest with the pandemic,” Otsu said. “I think people’s mentality has changed to reflect over their lives and think about other lifestyles.”

Before the pandemic, Otsu’s organisation had received inquiries from women who were fed up with city life or exhausted with the demands of working while raising children in Tokyo, and looking for an escape.

But the inquiries she has received since the pandemic struck are more positive: Younger women feel more emboldened to pursue dreams in rural areas, she said.

“I think and hope these new values people gained during the pandemic will continue,” Otsu said. 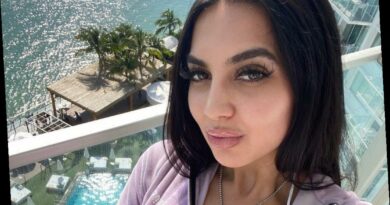 Who are Uber girls Malaysia King and Arna Kimiai who allegedly attacked their driver? 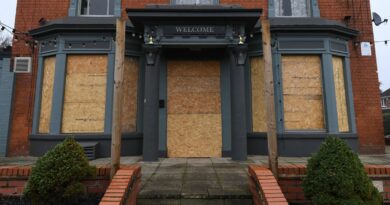