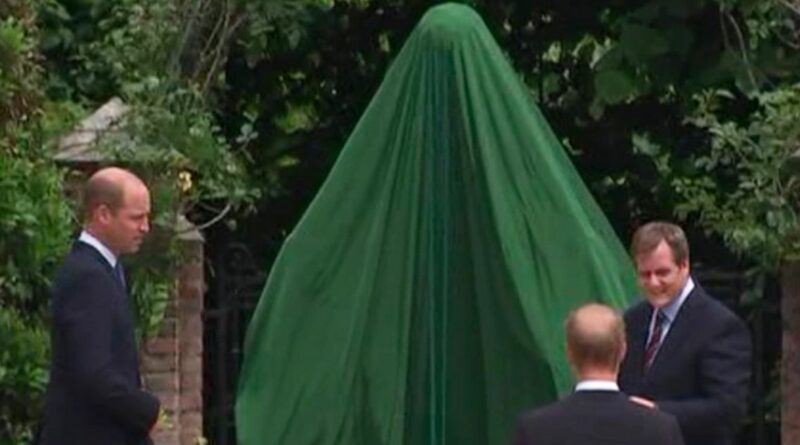 Prince William warned his brother Prince Harry about the importance of unveiling the Diana statue "right", a professional lip reader has revealed.

The Duke of Cambridge and the Duke of Sussex attended the special event in Kensington Palace on what would have been their later mother's 60th birthday.

They commissioned a statue to honour the Princess of Wales' life and her legacy and it took sculptor Ian Rank-Broadley four years to complete.

The brothers put on a united front in front of the camera but lip reader Jeremy Freeman picked up a brief but intriguing conversation shared between William and Harry.

As the pair waited at the steps by the Diana statue, a member of the staff gave a quick instruction to the royals on how to unveil the statue.

Jeremy said the man told the brothers: "As you pull it, it'll slide over and drop, okay."

Harry put up his arms before turning to William, saying: "We will be okay."

William then looked left and right, adjusting the space and warned Harry: "I didn't want anything to go wrong.

"It's important we unveil it right."

Shortly after they pulled the cloth off, both Harry and William fondly looked up at the statue into the face of their late mum.

Body language expert Judi James told Daily Star that it was a "poignant moment", particular when Harry looked across at William in perhaps the most meaningful gesture.

"It suggests that, whatever happens between them now, some kind of emotional reconciliation might be possible in the future," she said.

The statue is placed at the Sunken Garden, one of Princess Diana's favourites places in Kensington Palace when she lived there.

More than 4,000 flowers have been planted for the garden's redesign, which has taken 1,000 hours to complete.

The garden, which sits within London's Hyde Park, will be open to the public to visit for free from tomorrow, in line with Kensington Palace's opening hours.