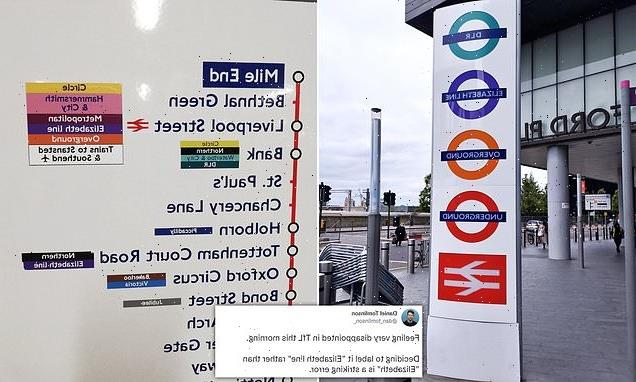 ‘It’s the Elizabeth line line!’ Londoners poke fun at transport bosses for making ‘striking error’ by including the word ‘line’ on new service’s signs – but TFL insists it’s NOT a mistake because it’s a new ‘mode’

Transport for London has been mocked online for a ‘striking error’ on Tube maps showing the new Crossrail route.

An image taken at Mile End Tube station and posted on Twitter shows a typical Central line map with the latest addition to London’s transport – the Elizabeth line – noted next to Liverpool Street and Tottenham Court Road.

But while other services are simply labelled ‘Circle’, ‘Metropolitan’ or ‘Bakerloo’, the sign calls the new service the ‘Elizabeth line’.

Social media users have been asking if the new route, marked with purple signage, is to be called the ‘Elizabeth line line’ in Tube announcements.

But a TFL spokesman told MailOnline that it was not a ‘blip’, as suggested, but the Elizabeth line was ‘a new mode, rather than a Tube line’, meaning the typical rule of emitting the word ‘line’ from signage does not apply in this case. 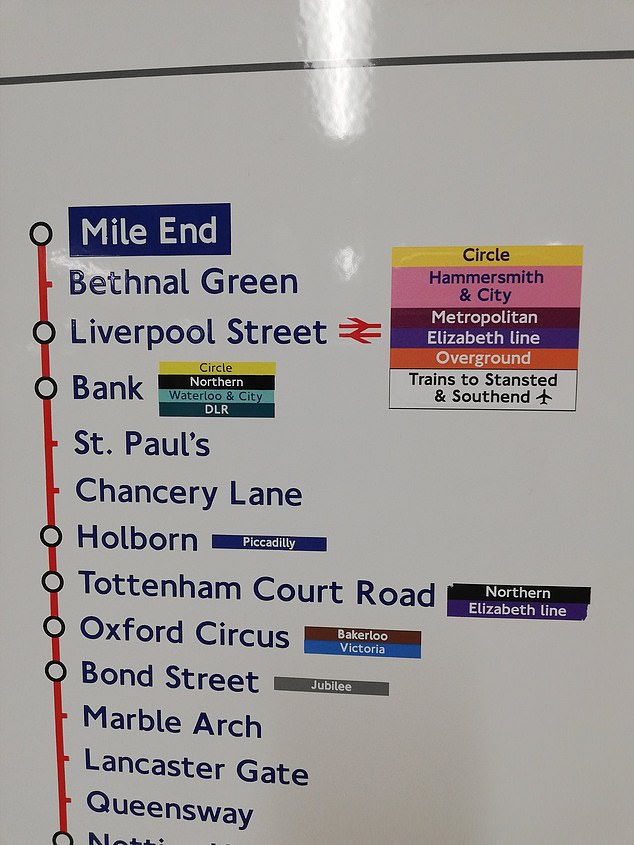 An image taken at Mile End Tube station and posted on Twitter shows a typical Central Line map but with the latest addition to London’s transport – the Elizabeth Line – noted next to Liverpool Street and Tottenham Court Road. But while other services are simply labelled ‘Circle’, ‘Metropolitan’ or ‘Bakerloo’, the sign calls the new service ‘Elizabeth line’

The Elizabeth line will launch in the ‘first half of 2022’ – ie no later than June – with services from Paddington to Abbey Wood. Services from Reading and Heathrow to Paddington, and from Shenfield to Liverpool Street, will be rebranded from ‘TfL Rail’ to the ‘Elizabeth line’.

The earliest expected date for the next phase is ‘autumn 2022’. When this phase launches, services from Reading and Heathrow will operate through to Abbey Wood. Services from Shenfield will go through to Paddington.

Full timetable for travel from Reading or Heathrow to Shenfield or Abbey Wood without changing.

Commuters have compared the new ‘error’ to the ‘furore’ surrounding the opening of the Battersea Power Station tube stop.

The uploader of the new Tube map, Daniel Tomlinson, wrote on Twitter: ‘Feeling very disappointed in TfL this morning.

‘Deciding to label it ”Elizabeth line” rather than ”Elizabeth” is a striking error.’

Reacting to the new Tube map today, one Twitter user posted a picture of a sign showing logos for National Rail, the Underground, Overground, Elizabeth line and DLR.

He wrote: ‘It looks wrong, none of the other Lines have ”Line” in this logos.’

But other Twitter users defended the decision and backed TFL.

One wrote: ‘They aren’t lines, they are (all 5 of them) separate transport entities.’

Another said: ‘It’s clearly different to the rest of the underground so why can’t it have Line in the name. Why does DLR need the R? The others don’t have railway in them.’ 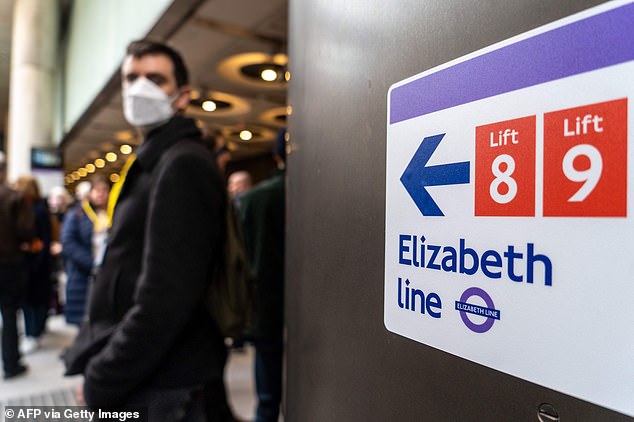 Signage displays directions to lifts at Paddington station on the new Crossrail line on March 13, ahead of its opening in June 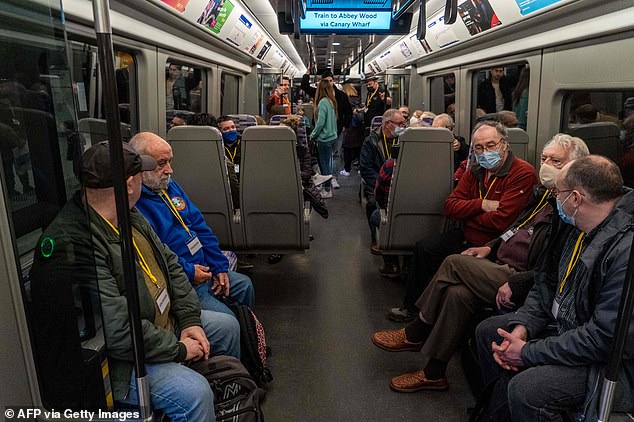 The capital’s new railway was initially planned to be opened in full – from Reading in Berkshire to Shenfield in Essex and Abbey Wood in South East London – in December 2018, and was set a budget of £14.8billion in 2010.

But the project’s total cost is now estimated to have ballooned to £18.9billion, including £5.1billion from the Government.

The line has been hit by construction delays and difficulties installing complex signalling systems, and so will now initially operate in three sections, with the central part between Paddington and Abbey Wood using new tunnels. 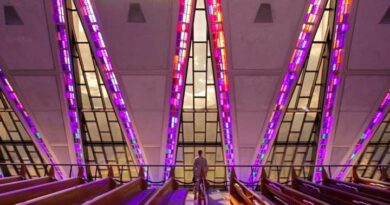