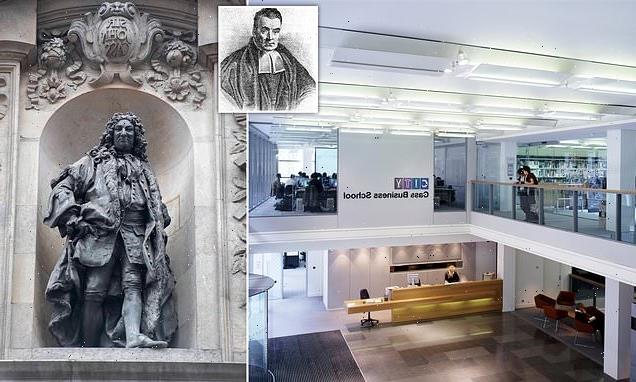 The business school, in Islington, London, was named after the 17th Century merchant in 2001 following a donation from the Sir John Cass Foundation.

It pledged to remove any association to its namesake Sir John Cass last July when it emerged the merchant had obtained much of his wealth through the slave trade.

The Sir John Cass Foundation, established in 1748 to support disadvantaged young people across London, has also been renamed The Portal Trust.

The Business School has also set aside £5million from its scholarship budget to fund full tuition fees and a £6,000-per-year stipend for black students. 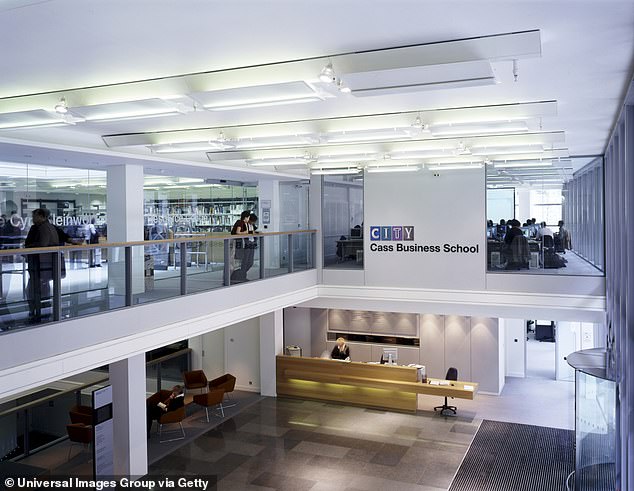 Bayes Business School: Who is the institution’s new namesake?

Thomas Bayes was born in Hertfordshire in 1702, the son of London Presbyterian minister Joshua Bayes.

He studied logic and theology at the University of Edinburgh before becoming a minister himself in Tunbridge Wells, Kent, until 1752.

Bayes published two works in his lifetime: one theological and one mathematical. However, his most famous accomplishment came after his death.

He is best known for the Bayes’ theorem, which describes the probability of an event based on prior knowledge of conditions that might be related to the event.

The mathematician’s notes on the matter were edited and published by Welsh moral philosopher Richard Price following his death in 1761.

This is the same amount of money as the department was given by The Portal Trust when it was established 20 years ago.

The announcement comes a day after Derek Chauvin was found guilty of the murder of George Floyd, whose death at the hands of a police officer in Minneapolis sparked the Black Lives Matter movement.

Protests have since spread across the globe, with statues of historic figures linked to the slave trade toppled and the names of streets, buildings and schools called into question.

The Sir John Cass Redcoat School in London was renamed Stepney All Saints School in the wake of the movement, and Cassland Road Gardens in Hackney is under consultation for a new moniker.

The Sir John Cass School of Art, Architecture and Design at London Metropolitan University has also removed the 17th century philanthropist’s name from its title.

Cass is described on the Portal Trust’s website as ‘a City of London politician and philanthropist, who bequeathed the vast majority of his properties and fortune to the endeavour.’

However, he was also heavily involved in the early development of the slave trade and the Atlantic slave economy.

Cass dealt directly with slave agents in the African forts and in the Caribbean and was a member of the Court of Assistants of the Royal African Company between 1705 and 1708, which helped develop and sustain the slave trade.

The Business School will be named after mathematician and Presbyterian minister Thomas Bayes from September 6. 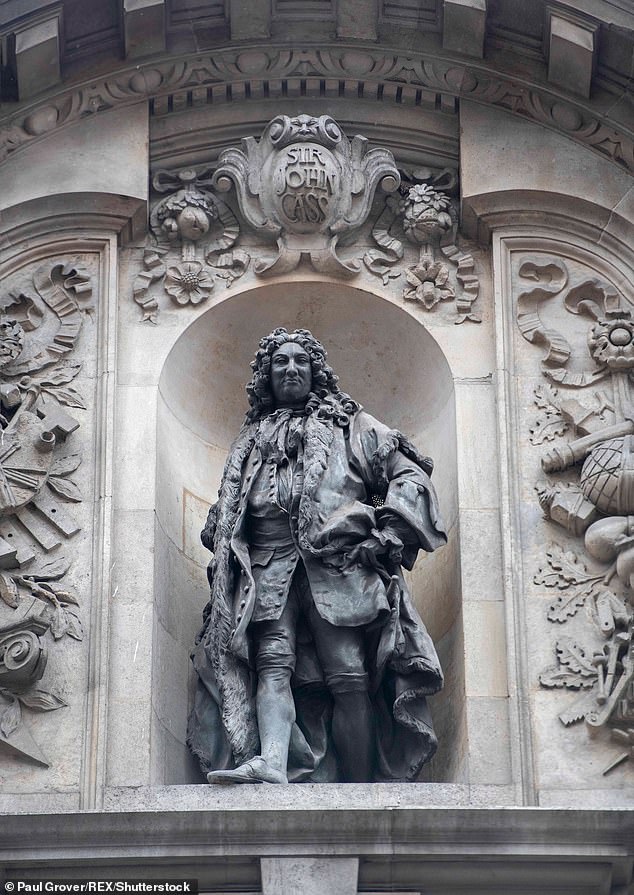 The business school, in Islington, London, was named after the 17th Century merchant in 2001 following a donation from the Sir John Cass Foundation. Pictured: A statue of Sir John Cass in London 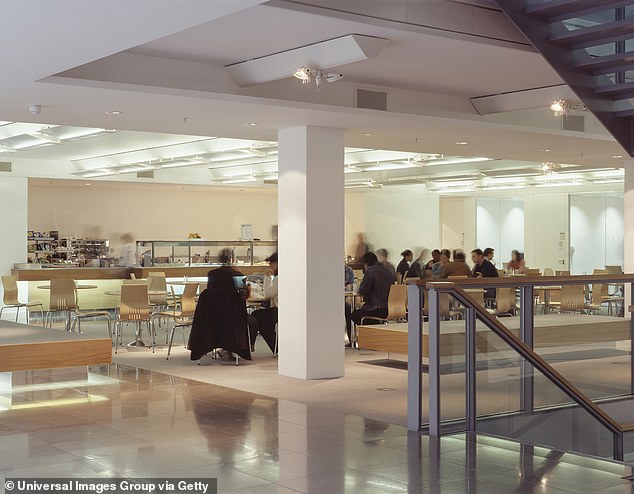 The moniker was chosen following weeks of consultation, with City University explaining the decision was based on a ‘comprehensive and transparent’ process in which more than 8,000 students and alumni gave feedback on potential names.

Bosses explained that Bayes emerged as the ‘clear favourite’, adding the theologian’s grave is in Bunhill Fields – opposite the Business School. 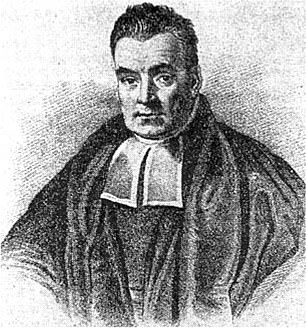 A statement added: ‘Bayes’ theorem suggests that we get closer to the truth by constantly updating our beliefs in proportion to the weight of new evidence.

‘It is this idea – not only the person – that is the motivation behind adopting this name.’

Bayes was born in Hertfordshire in 1702, the son of London Presbyterian minister Joshua Bayes. He studied at the University of Edinburgh before becoming a minister himself in Tunbridge Wells, Kent.

He is best known for the Bayes’ theorem, which describes the probability of an event based on prior knowledge of conditions that might be related to the event.

Professor Sir Paul Curran, City’s president, told the Financial Times: ‘The renaming of the business school marks the start of a new chapter in City’s history, but certainly not the end of our work to address racial inequality.’ 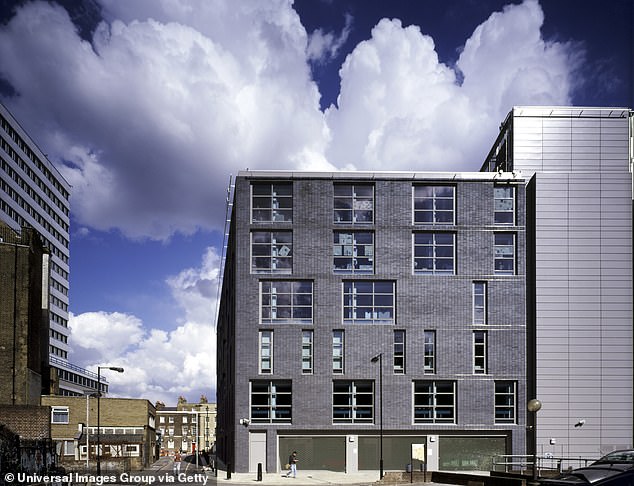 Who was Sir John Cass?

Sir John Cass (1661- 1718) was a merchant, politician and Alderman for the ancient London ward of Portsoken, in 1711 was elected a Sheriff of London and later knighted.

Cass was responsible for helping the slave trade to establish across the Atlantic.

He dealt with slave agents in the African forts and Caribbean.

The Royal African Company was established by Royal  Charter under King Charles II. It gave a monopoly to the trading in slaves from ports in the West. British slave trader Edward Colston played a large part in the running of the company.

The charity provides education for disadvantaged youth across London.

Bayes’ alma mater gave his name to a £45million research centre connected to its informatics department in 2018. Edinburgh did not contest the naming of the Bayes Business School.

Other names considered by City University include Quaro Business School, using the Latin for ‘to seek to know,’ Mais Business School after former London Mayor Alan Mais and the City of London School of Management.

Speaking of the decision to rename, the Business School said: ‘In June 2020, we found out through media reports looking into the history of prominent London philanthropists that our namesake, Sir John Cass, had strong connections to the slave trade.

‘Discovering the truth about our namesake genuinely came as a shock.

‘In 2001, when we accepted the donation of £5 million pounds to fund our new building and agreed to adopt Sir John Cass’s name, we carried out due diligence on the Sir John Cass Foundation, which funds educational opportunities for underprivileged communities in East London.

‘We did not look at the man who was the source of the Foundation’s wealth and what taking Sir John Cass’s name might imply – that is a source of sincere regret.’

Julia Palca, head of the City Council, previously said: ‘We acknowledge the great pain and hurt caused to members of our City and business school community and to many black people by the association of the school’s name with the slave trade.

‘Any continued use of Sir John Cass’ name would be seen as condoning someone whose wealth in part derived from the exploitation of slavery.

‘This is incompatible with our values of diversity and inclusivity. We have therefore taken the decision to remove the name.’

Sonam Shelar tragedy: Pregnant woman wanted to go home before her disappearance, family say she was lonely in NZ