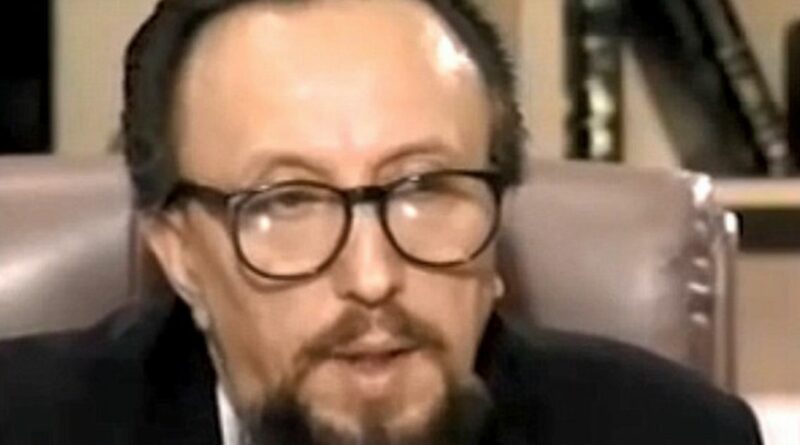 With a one in 14million chance, winning the lottery is hardly one of the things you are likely to do in a lifetime.

Indeed, you have a higher chance of being struck by lightning or landing an Oscar.

But one mathematician managed to defy the odds and win the lottery 14 times.

Romania-born Stefan Mandel managed the amazing feat over decades – winning millions with his team in the process.

He worked out the lucky formula while working as an economist in communist-era Romania in the late 1950s, which had a government-sanctioned lottery.

The maths whizz stumbled upon a maths formula which could predict five out of six winning numbers in a system with up to 40 numbers.

He eventually tested his creation, along with three of his friends who had joined in with him.

The numbers guru hoped to bag himself a second prize win, which only needed five numbers, according to the Lottery Critic.

But he managed to secure the jackpot instead and eventually left for Australia, where he landed another 12 wins.

Instead of trying to predict the winning set, he would get as many tickets for each major draw as possible because of the immense amount of possible combinations.

He enlisted others into the plan to help out and ended up having an army of ticket buyers who would purchase and submit slips around the country for him.

The idea was to get hold of every ticket option available – providing a guaranteed way of scooping the jackpot.

As soon as a winning ticket had been confirmed and he and his company would receive the prize, he would dish out portions of it to investors and the ticket buyers.

There were no rules against one man buying scores of tickets.

But the authorities eventually introduced new laws to stop his operation, as it was considered not to be in the spirit of the game, MailOnline reported.

He decided to try in Virginia, in the US instead, which had some of the cheapest tickets and 7.1million number combinations.

The numbers whizz drummed up enough investment from Australians, and put his plan to work in 1992, when the prize reached $27million (£19million).

He ended up winning the first prize, along with dozens of second and third wins – securing more than $30million (£21million) overall.

But suspicions about the legality of the operation led to a four-year legal battle and investigations by the FBI and CIA.

Although nothing came of it, by 1995 he had filed for bankruptcy.

He was later jailed in 2004 in Israel for fraud, and reportedly moved after his release to the South Pacific island of Vanuatu.

Man uses scissors to cut his spaghetti in novel hack