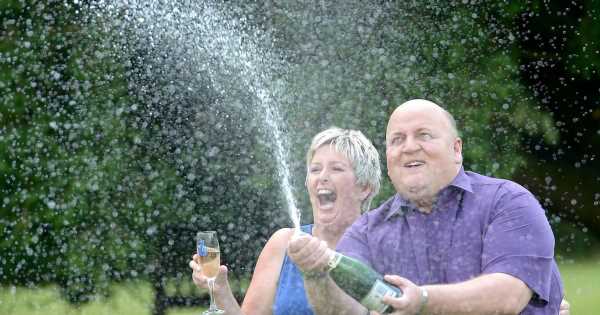 A minted EuroMillions winner who scooped a whopping £148million prize has claimed nearly £40,000 from the furlough scheme, it has been reported.

Gillian Bayford claimed the huge EuroMillions jackpot win with her then-husband, Adrian, back in 2012 but they split a year later and she returned from Suffolk to Scotland.

She has since married Brian Deans, 38, with the ceremony taking place near St Andrews, in August 2018, six years to the day after landing her lottery jackpot.

And it has now emerged that firms run by the £148million EuroMillions winner and her husband claimed nearly £40,000 in furlough cash, The Sun reports.

The furlough scheme means that UK companies can “furlough” employees rather than firing them if they are struggling due to the coronavirus pandemic.

And according to the report, Ms Bayford insists she had every right to the money and won't be paying it back.

She said: “I’m not paying it back. Obviously everyone’s entitled to furlough and everyone’s claimed it.”

Ms Bayford is reported to have admitted to The Sun that her company received £7,200 to fund a part-time worker at her A&G Properties Scotland business, which has £17million worth of homes.

Records show she also claimed up to £10,000 for her Dundee salon Cameron’s Hair.

Brian also made two claims of up to £10,000 each for his investment firm BGD Property Developments, which has one employee.

Gillian said her accountant advised her to claim for the cash, and added: “If HMRC comes back and says we have to pay that back then it’ll be paid back.”

Tory MP Nigel Mills, a former chartered accountant, blasted: “Gillian Bayford should be ashamed of herself. The furlough scheme was designed to save jobs, not top up the incomes of multi-millionaires.

"We’ll all be paying more tax for years to come to fund claims like these. If individuals and businesses can afford to repay it, they should.”

HMRC said: “Anyone can make a voluntary repayment.”

Earlier this year it was revealed that millionaire Love Island stars are allegedly cashing in on the government's furlough handouts, despite some of them earning £50,000 a month.