Home » World News » Macron’s been given ‘gift’ of EU influence before French election: ‘Going to be an asset’ 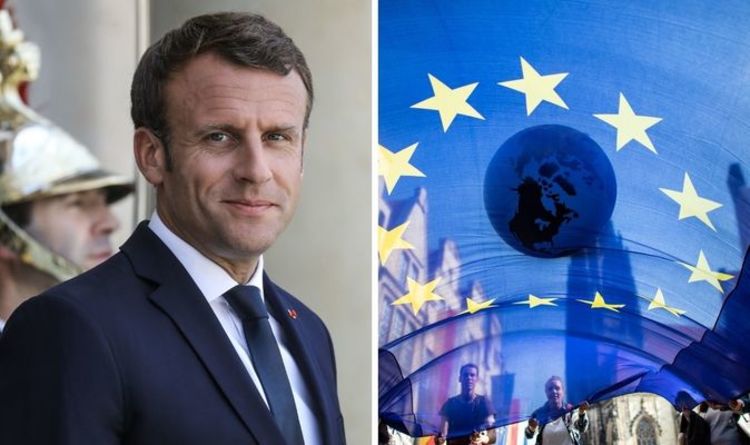 Angela Merkel’s impending departure as German chancellor is likely to create a major vacuum at the core of European politics which Mr Macron will hope to fill. The French President, who could become the most influential politician in Europe, has long spoken of a need to reform the bloc. Most recently, Mr Macron re-ignited aspirations to form an EU army, upon the West’s disastrous withdrawal from Afghanistan.

However, domestically the President is facing mounting pressure with the French general election due to take place next year and the EU is likely to be a key battleground.

He is being challenged by Marine Le Pen who is the leader of the anti-immigration right-wing party Le Rassemblement National.

Ms Le Pen, who also took on Mr Macron in the 2016 election, has softened her party’s rhetoric in the past five years in an attempt to appeal to centre-right voters, and in turn pledged to reform the EU rather than pursue a Frexit.

However, a French politics expert claimed that Mr Macron has been gifted the EU, with his new-found ability to influence European politics from within, likely to steal ground from his nearest challengers.

“People were thinking ‘is Macron going to be able to pull it off?’

“He’s been given this platform, this gift, and he is so good when he is given the opportunity to get up onstage and inspire people.

“Apparently he annoys some people, and maybe he annoys lots of French people who see him as elitist and out of touch.

“But I think he’s going to do well with that platform and it’s really going to be an asset to him.”

According to Politico’s Poll of Polls Mr Macron is currently polling at around 24 percent, while Le Pen is at 16 percent.

Closely behind her however is Eric Zemmour at 15 percent, who is considered even more right-wing than Ms Le Pen, having twice been convicted in court of racial or religious provocation.

Though he has not officially announced his candidacy yet, Mr Zemmour has been organising a number of public events and is expected to declare his candidacy shortly.

The power vacuum in the EU has come as a welcome boost for Mr Macron with the EU facing an ongoing energy crisis and the prospect of further protests in France having resurfaced.

Though Mr Macron will use his position in the EU to his advantage as the general election approaches, Prof Carter claimed that his premiership in Europe is likely to be short-lived.

Prof Carter said: “I would say there’s a consensus that [Ms Merkel’s] vacuum is not going to be easily filled by any entity ‒ Macron can’t sweep in and fill that.

“I think of course Macron is really going to try to fill it, and I would predict in the short run that Macron is beginning to fill it.

“We have the French presidential elections coming up in April, we have the EU Council coming up in January, and I think Macron is really going to try to use the presidency to show himself to his domestic base.

“I think he’s going to be limited in what he’s able to do apart from selling a plan.

“But I think he won’t actually have many deliverables as a result of the presidency.”

She added: “I think that Macron is going to be putting himself in the centre for those first few months but I don’t think that’s going to last.

“I think what we’re going to see is [Olaf] Scholz stepping into that leadership role ‒ the German economy is around a quarter of the EU’s economy, he has all of the weight behind him.

“He’s also positioned himself as the inheritor of Merkel’s legacy, and being the person who’s about compromise and gradualism.”

Woman matched with her BROTHER on dating app Hinge 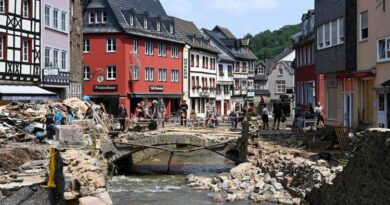 The 5 best teddy menswear pieces to keep you warm and on-trend this fall — Amazon, Nordstrom, ASOS