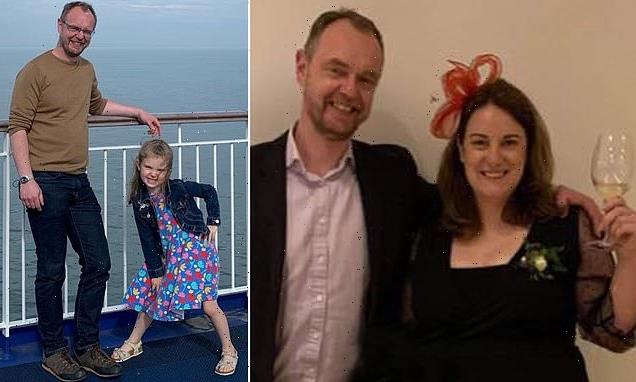 IT consultant, 46, died in motorbike crash while his wife and six-year-old daughter followed behind in campervan, inquest hears

A father was killed in a crash on his way home from holiday while his wife and daughter travelled in a campervan behind his motorbike, an inquest heard.

IT consultant Michael Peel, 46, was on his beloved Triumph motorbike on the 100-mile trip home riding ahead of his wife Claire, 48, and their six-year-old daughter Imogen.

The family had been on a staycation in West Wales and were on their way home to Llanrwst, North Wales when tragedy struck.

The inquest in Caernarfon was told the trio met for a rest stop in their campervan on the journey. 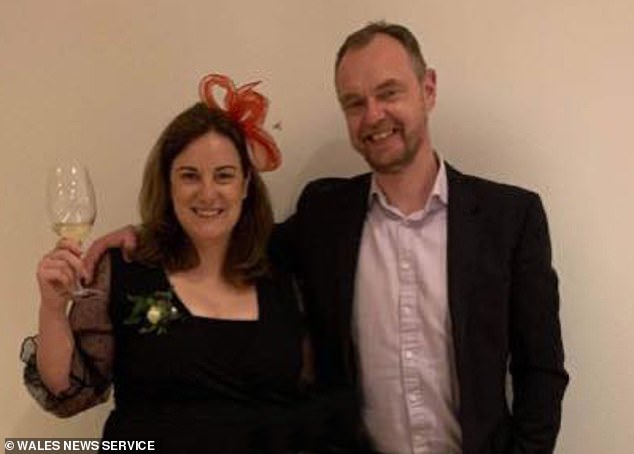 IT consultant Michael Peel (right), 46, was on his beloved Triumph motorbike on the 100-mile trip home riding ahead of his wife Claire (left), 48, and their six-year-old daughter Imogen when tragedy struck 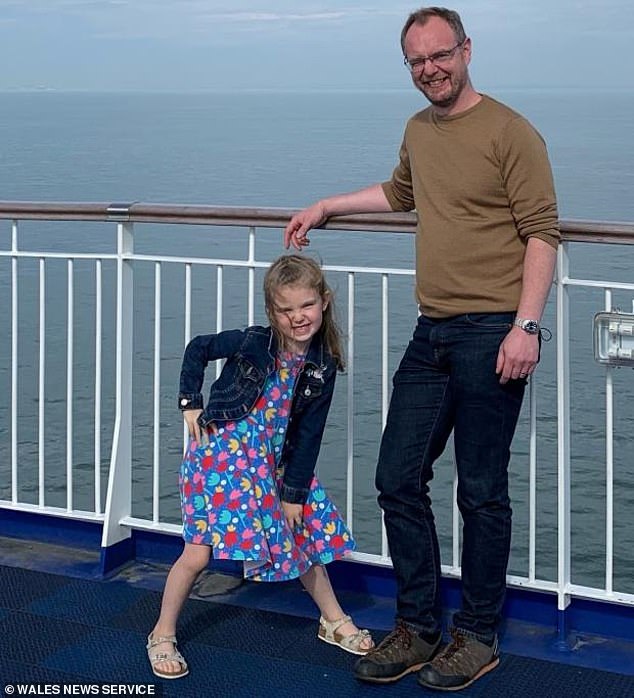 Mr Peel is pictured with his six-year-old daughter Imogen. The inquest in Caernarfon was told the family met for a rest stop in their campervan on the journey. The conversation they had then about the good weather was the last one they would all have together

The conversation they had then about the good weather was the last one the family would have together.

‘Much loved’ Mr Peel crashed into another motorbike during the next stage of the journey home.

Fellow biker Ben Perry said he attempted to make a right-hand turn when he was struck by Mr Peel from behind and both bikes crashed to the ground.

The inquest heard Mr Peel had asked ‘why did you do that?’ and Ben told him ‘I was indicating’.

His condition quickly deteriorated and the father-of-one, originally of Northern Ireland, died at the scene in Corris, North Wales.

The hearing was told that although Mr Perry indicated, he might not have seen Michael before making the turn on the A487 in October last year.

Michael suffered multiple injuries and his cause of death was given as intra-abdominal haemorrhaging due to a liver injury.

Assistant coroner Sarah Riley, said: ‘Mr Peel would have been in a blind spot until the last seconds before the collision.’

She concluded that death was caused by a road traffic collision.

A tribute at the time of his death said: ‘Michael was much loved by his wife, Claire, and their daughter, Imogen.

‘Originally from Northern Ireland, where he was survived by his brother David, Michael lived with his family in Llanrwst.

‘He worked as an IT product manager and had a love for his motorbike, reading, films and a recent interest in DIY.’

Christians are the most persecuted religious group on Earth, research reveals