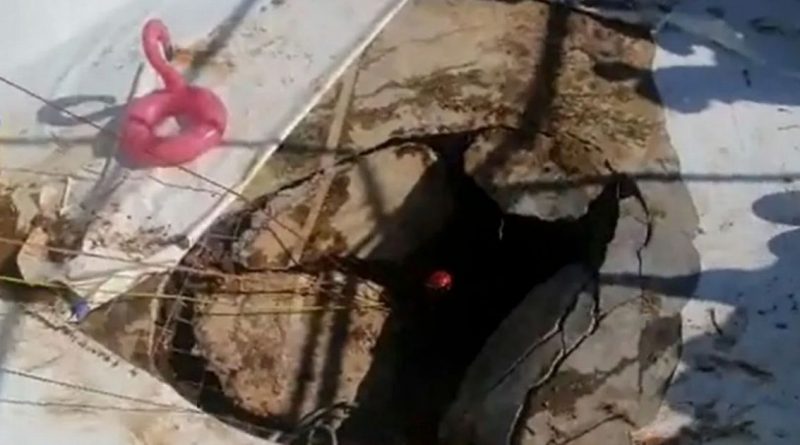 A man has reportedly died after a huge 13-metre sink hole suddenly opened up under a pool and swallowed everything in the water as people scampered away.

The incident took place on Thursday at a house in the town of Karmi Yosef, 25 miles southeast of Tel Aviv, The Times of Israel reported.

Receding water dragged the victim into the hole with another man who managed to climb out, reports said.

The 34-year-old suffered light injuries to his lower body and was treated at the scene by paramedics.

However, the second man wasn't so lucky and was found dead four hours after emergency services arrived.

The lavish pool party was laid on for employees of a private company.

A video captured at the scene shows people leap out of the pool as the sink hole suddenly sucks in floating toys.

Water gushes into the hole, but it is not known if the man who fell in was crushed by the collapsing structure or if he drowned.

People don't seem to realise the full extent of the danger as some continue to revel and chill by the poolside with the music blaring.

However, later on the several dozen people are nowhere to be seen and the music has stopped as viral footage from the scene shows huge slabs od concrete under the pool broken and crumbling into a pit.

The victim, identified as Klil Kimhi, 32, was located after four hours of work by the emergency services.

Search teams built a support system to prevent the bottom of the pool from falling on them as they searched for the man, reports said.

Miraculously, no-one else was injured despite six people being in the pool at the time of its collapse.

Sinkholes can arise in a variety of ways, but they often occur when soil below the earth's surface dissolves into groundwater and is washed away, leaving an open cavern covered only by a thin layer of soil. 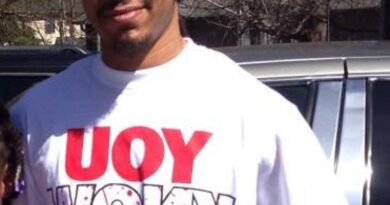