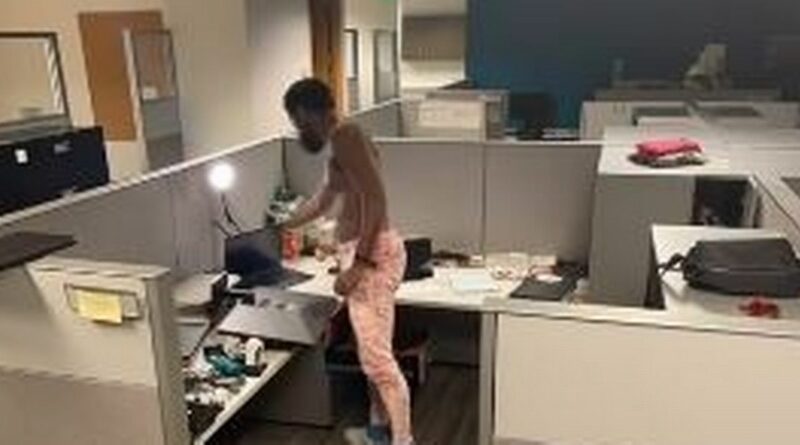 A man was fired after moving into his office cubicle to save money on his rent.

Simon Jackson, who worked at a consultancy firm in Seattle, US, said his company did not pay him enough for his work, never mind enough cash to afford to rent an apartment.

So he chose to "live at my job" as a form of protest and see how long it took the management or security team to find out.

"This is me taking all of my belongings from multiple bags and unpacking them. I'm moving from my apartment into my cubicle," he said in his viral video, showing him loading his clothes onto shelves and drawers and working equipment on the table.

He displays the snacks and sweets on the corner of a desk and keeps his books on one shelf while stacking his clothes in rolls in another shelf.

Simon opens more drawers to show where he put the rest of his personal items and he takes full use of the company kitchen to keep all his meals.

He sleeps in a sleeping bag under the desk, covered by a DIY "curtain" that he drapes it over the desk.

The worker explained that the office is "basically empty" because of Covid-19 and everyone has been working from home.

He even joked that he is "homing from work", giving much more freedom in the office.

But Simon's wild attempt was brought to an end in day four of his "protest".

He received a call from the HR department and was ordered to remove all his personal belongings, as well as to take down his videos on social media claiming he lives at work.

At the end he chose to leave the company.

"I just got evicted, it happened way sooner than I thought but thanks for following. This is the end of the chapter," Simon gave updates in another video, showing a member of staff putting his luggages in a car park.

He has since moved into an Airbnb in Seattle and is looking for a new job. 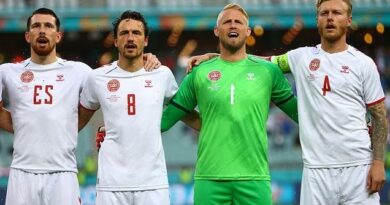 Your armchair guide to Denmark who stand in England's way

Healthcare workers 'should be screened for coronavirus every week'

Mother, 20, 'killed newborn two-month-old boy by stuffing a baby wipe down his throat'