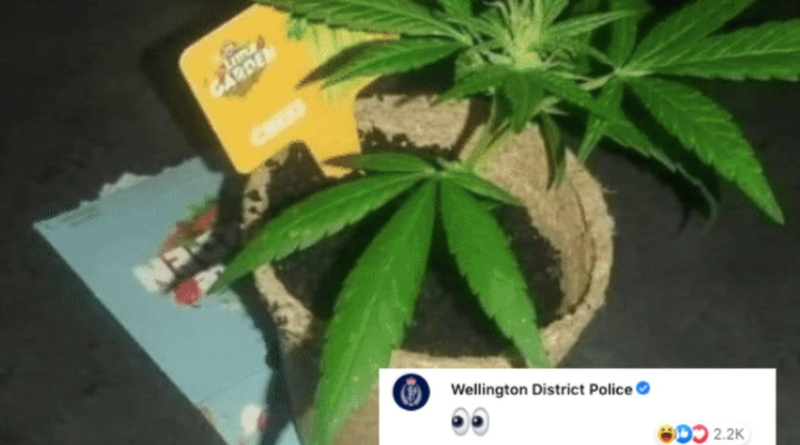 A Wellington Facebook user may have learnt the hard way that you should not post photos of cannabis plants on social media, unless you want police to look into your gardening.

A post on the popular Wellington Facebook group Vic Deals has caught the attention of the local authorities, who decided to respond in a subtle, yet direct, manner.

The post shows an imagine of a New World “Little Garden” plant pot, with what looks remarkably like a cannabis plant growing out of it.

The pot includes a label saying “cress” but the leaves are very much not those of a cress plant.

A few minutes after the post went up on Vic Deals yesterday, Wellington District Police replied with a simple eyes emoji.

Their response has had more than 2200 reactions in just a few hours, proving a lot can be said without even using words.

Most of the comments were from people who found the police response hilarious, with one Facebook user deeming it the “best comment of the year so far”.

A good reminder that the old saying “if you’ve got it, flaunt it” applies to skills and talents, not illegal drugs.

When will it snow in the UK in 2020? Latest snow forecast – The Sun