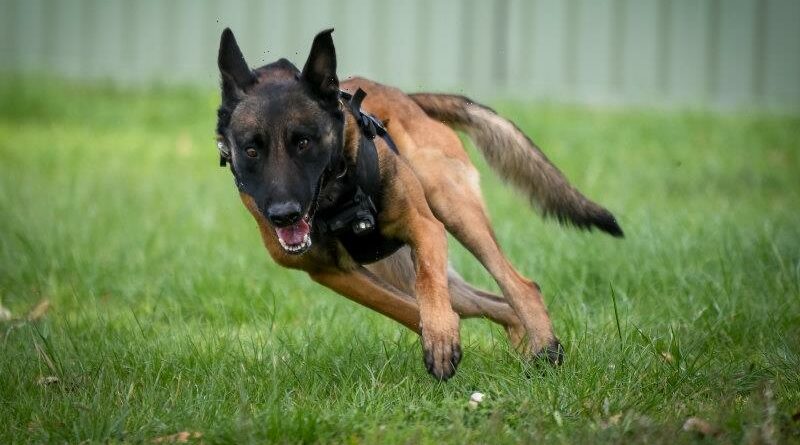 Police had narrowed the search down to a car of interest and, ordinarily, the area would be cordoned off for hours while the bomb unit sent in a robot to get a closer look. 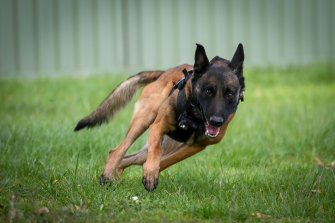 Bronx on the trail.Credit:Eddie Jim

But not this time.

Enter Bronx, one of Victoria Police’s two new explosives-detection dogs. Bronx was sent in, off lead, to sniff the car, and detected no suspicious odours. His handler – a bomb technician – then confirmed there was no bomb to speak of.

“It might have taken one to two hours extra,” acting Senior Sergeant Christian Wake said.

“With Bronx, we were able to get up there very quickly, assess it, get our bomb techs up there to clear the vehicle, and we were able to open that area, which was outside the emergency department.” 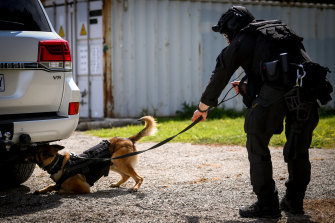 Bomber indicates to his handler where the source of the suspicious smell is coming from.Credit:Eddie Jim

Bomber and Bronx, two Belgian Malinois – a breed prized for agility — have become the first dogs to be embedded within a police bomb squad in Australia.

Ordinarily, dogs like them are trained and handled by police dog squads, but by being handled separately by bomb technicians, the squad can respond faster than using robots, rendering suspect or actual devices safer far faster, Senior Sergeant Wake said.

The call-out to the Royal Melbourne Hospital was one of Bomber and Bronx’s more successful jobs, but on search warrants, the canines have also beaten detectives in finding guns and home-made bombs hidden in homes. 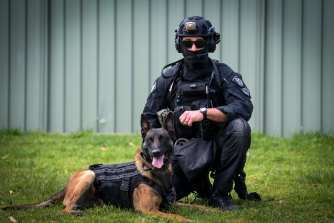 Bronx with his handler.Credit:Eddie Jim

“Indications” is the term for when the dogs tell their handlers when they have found the source of an odour.

In a demonstration, the handlers command the dogs to “find it”, setting them off, nose to the ground. Once they have hit the site where the scent is strongest, Bronx indicates by going rigid, while Bomber, as much as he tries to remain still, can’t help but wag his tail just a little.

They get trained to detect a variety of odours, from industrial chemical smells, to smells associated with material used to make home-made explosive devices.

Their ultimate reward isn’t food, either. They instead crave play time with their favourite toy.

“He knows he’s not allowed to touch it [the toy] until the job is over,” Bronx’s handler says.

In need of some good news? The Greater Good newsletter delivers stories to your inbox to brighten your outlook. Sign up here.

Nature could be an ally in battle against rising sea levels