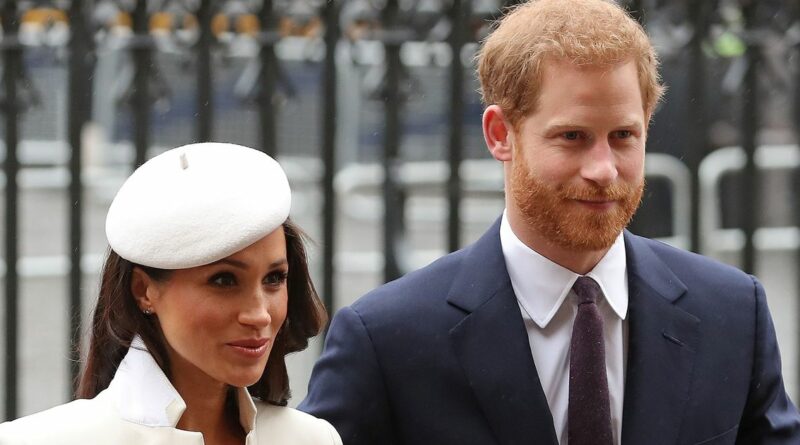 Meghan Markle and Prince Harry shared a moment of "perfect" "mutual joy" with the world when they announced they are expecting baby number two.

A spokesperson for the couple confirmed on Valentine’s Day that little Archie Mountbatten-Windsor will soon be a big brother as Meghan and Harry are pregnant.

Posting a picture of the pair laying on the grass surrounded by trees, the couple gazed lovingly at each other.

The image was taken on an iPad by Misan Harriman, a friend of the couple and a groundbreaking Nigerian-born photographer.

She told ExpressOnline that Meghan cradling her bump made the picture a "perfect moment" and the fact it was released on Valentine’s Day added to their happiness.

Ms James added that Meghan looks "relaxed" in the image as her head rests on her husband’s lap.

She said: "There’s such an intense sense of mutual joy in this pose and the fact that it was released on Valentine’s Day makes the moment look even more perfect.

"As Meghan lies stretched out and relaxed on the grass with her bump clearly showing her head rests in Harry’s lap so that she looks straight up into his undiluted, ecstatic smile."

Meghan’s pregnancy announcement comes three months after she described her devastating miscarriage in a piece for the New York Times.

The Duchess of Sussex said she was changing baby Archie’s nappy at their former home in Los Angeles when she "felt a sharp cramp".

In a personal piece called The Losses We Share, Meghan wrote in the Times: "After changing his diaper, I felt a sharp cramp.

"I dropped to the floor with him in my arms, humming a lullaby to keep us both calm, the cheerful tune a stark contrast to my sense that something was not right."

She went on: "I knew, as I clutched my firstborn child, that I was losing my second."

If you have been affected by this story, advice and support can be found at Sands (stillbirth and neonatal death charity). You can call them on 0808 164 3332 or email [email protected] 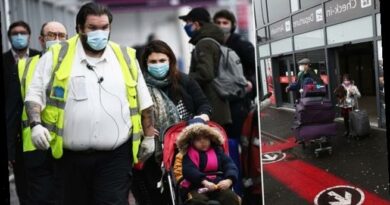