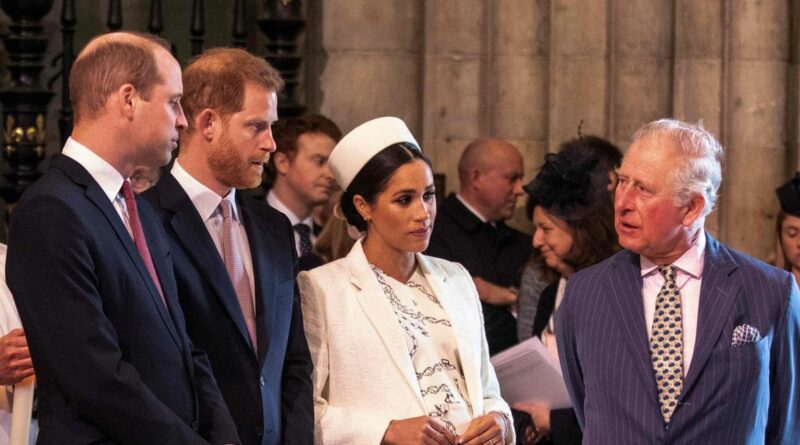 The nickname Prince Charles had for Meghan Markle shows he had a “lot of respect” for her, a royal commentator claims.

He reportedly called his daughter-in-law ‘Tungsten’ – after the rare metal – due to her “tough and unbending” nature.

And The List narrator Christine-Marie Liwag Dixon says it was a “pretty neat compliment”.

Meghan said she “felt less than at home”, she told the show's viewers.

Christine-Marie said the royals “may not have approved” of Meghan and Prince Harry stepping down as senior members, according to Geo News.

This was despite them doing it to escape an environment clearly not good for their mental health, she added.

She said: "However it seems that Prince Charles had a lot of respect for Meghan's resilient nature.

"This was evident in the secret nickname he reportedly had for her: 'Tungsten'.

"As royal correspondent Russell Myers revealed on Lorraine in 2019, Charles nicknamed her after the metal as 'she is tough and unbending'.

"Tungsten is the strongest naturally occurring metal on the planet. That makes this a pretty neat compliment all things considered.”

Charles and Meghan are reported to have had a good relationship during her time in the Royal Family.

They were seen laughing and chatting during engagements, according to the Express.

He walked her down the aisle during her wedding to the Duke of Sussex, 36, back in 2018.

Relationship psychologist Anjula Mutanda said it was a “very important symbolic act” showing she was now part of the family.

But Sussex fans pointed out Meghan had been left out of the photo, which showed Charles,Harry and Archie after his christening.