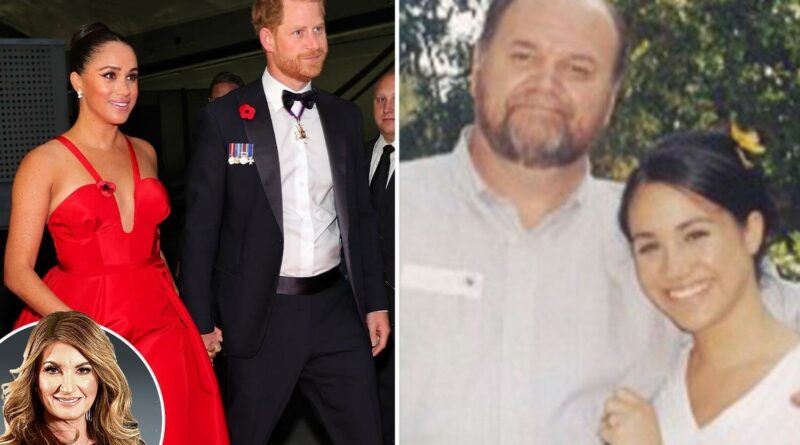 First, the indignation. After months of her wanting to “speak her truth”, the real truth is out about Meghan Markle. 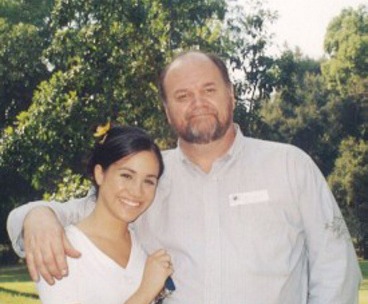 This week she apologised to the Court of Appeal for “failing to remember” she told an aide to brief the authors of the Finding Freedom biography.

I have a memory like a sieve about where I’ve left the car keys and the date of my wedding anniversary. But even I can’t quite imagine forgetting I’ve told someone what to write — in detail — in a supposedly unauthorised biography.

Now the sympathy. I don’t expect many of you will agree with what comes next, but here goes: Whatever you think of Meghan, there is no doubt in my mind that her father, in the run-up to the 2018 wedding, appeared hellbent on cashing in on his daughter’s new-found fame.

Knowing, therefore, that any communication she had with her father was more than likely to become public knowledge, in a way, can you blame her for having that in mind when she wrote to him?

The court may accept her forgetfulness was genuine. Whatever they decide, I wonder if Meghan will live this down, but I suspect not.

She has previously insisted, via lawyers and in public statements, that she and Prince Harry did not co-operate with the two writers of the book, which strangely did not have a bad word to say about the duo.

But it turns out she emailed Jason Knauf, her then communications secretary, a detailed briefing note for “when you sit down with them”, including some “helpful” background “reminders” about her estranged family and her version of events of a tiara incident involving the Queen.

According to Mr Knauf: “The book was discussed directly with the Duchess multiple times in person and over email.

“The Duke and Duchess authorised specific co-operation in writing in December 2018.”

The reason this is all being discussed in court is because another Sunday newspaper is seeking to defend itself against Meghan’s claims that it unlawfully breached her privacy by publishing extracts of the letter she wrote to her father Thomas three months after she married Harry — you know, the one that begins “Dear Daddy”.

“Dear Daddy”, it now transpires, was not just a daughter writing to her father in a heartfelt way, but chosen as the opening words of a letter as a way to “pull on the public’s heartstrings” if it was ever leaked.

Understandably, this may be the final nail in the coffin for many people when it comes to Meghan’s reputation as cynical, manipulative and calculating. 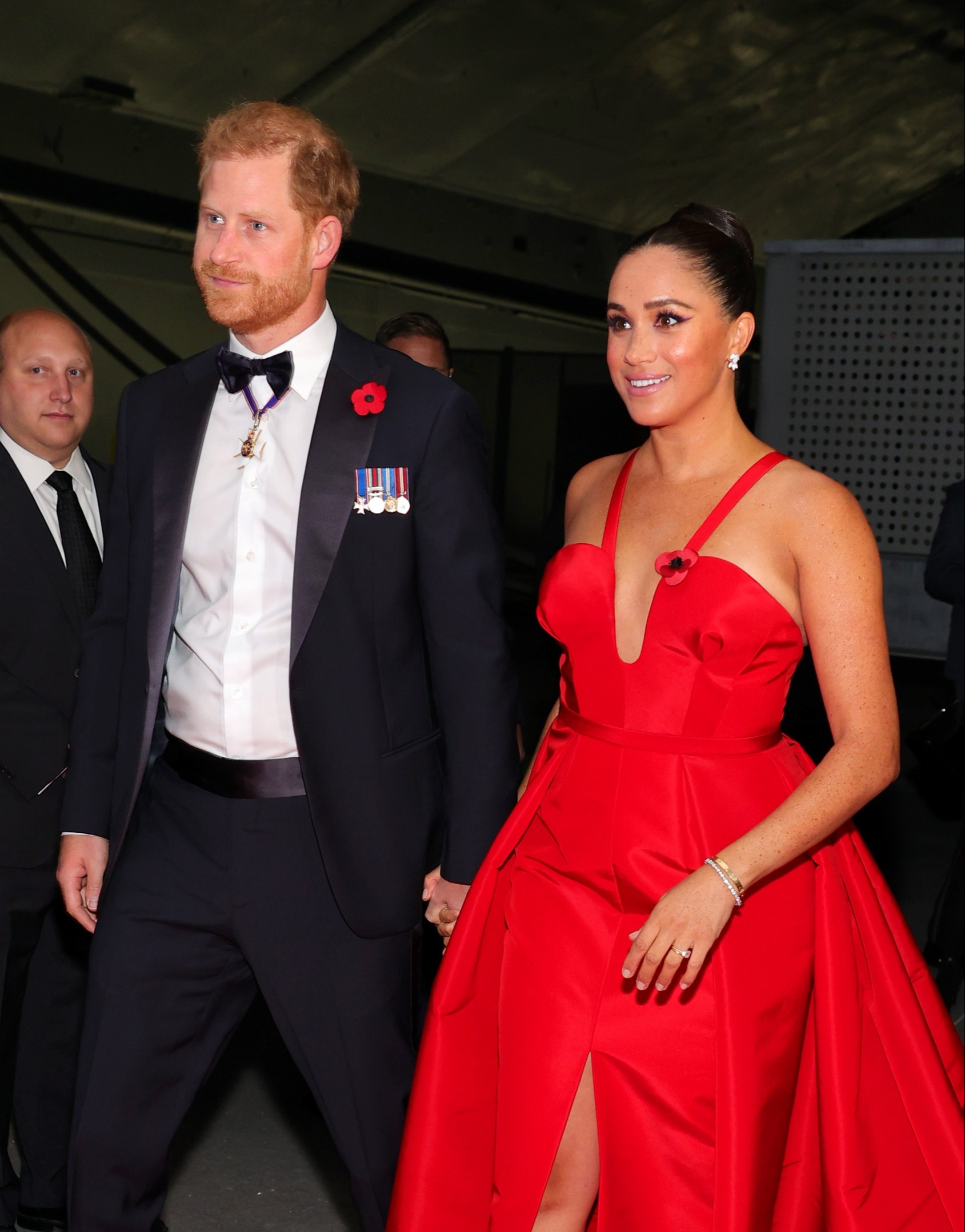 For a couple so desperate to be liked and understood, they seem to find multiple ways of ending up being more disliked and more misunderstood.

The only way the public will really be happy is if they step out of the public view and live an anonymous life behind closed doors, away from all the trappings of fame and royalty that they just can’t bring themselves to say goodbye to.

But, let’s be honest, that is never going to happen. So in the meantime, I guess they have to take much more of the rough and far less of the smooth.

Dungarees are for under-tens, not film stars

AS the Sex And The City revival series gets ever closer, Sarah Jessica Parker is on the cover of Vogue, looking amazing and flying the flag for fiftysomething women everywhere.

“There’s so much misogynist chatter in response to us that would Never. Happen. About. A. Man,” she says, in the interview, describing the reaction after the new show was first announced.

“‘She has too many wrinkles’, ‘she doesn’t have enough wrinkles’. It almost feels as if people don’t want us to be OK with where we are.”

Well, needless to say, all women in their 50s are more than OK with it.

In fact, I defy any woman in her 30s, 40s or 50s not to be just a little bit excited about the return of SATC – and all of those amazing outfits.

In every picture I have seen from the shoot they are all wearing something astonishingly fabulous. That said, l am not sure that even SJP, 56, can pull off these dungarees.

There is no such thing as age-appropriate dressing, but in my opinion, dungarees are only suitable for under-tens and pregnant women. 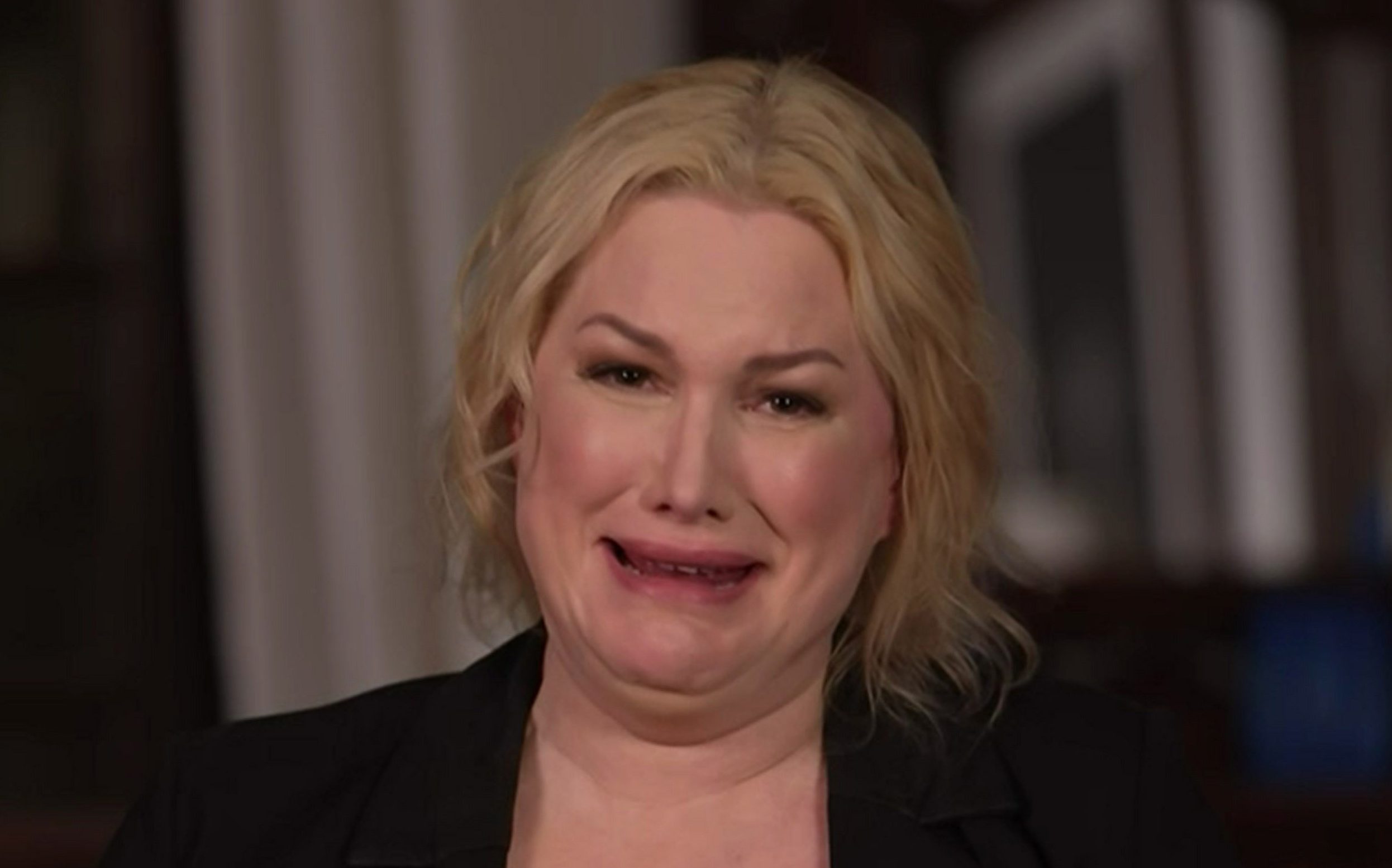 WATCHING Alice Evans talk about her separation from loan Gruffudd on Thursday’s edition of Lorraine made me worry for her.

The 102 Dalmatians actress talked about how she considered harming herself after the Welsh star ended their 13-year marriage.

Since January, Alice, who has two daughters with Ioan, has documented every toxic turn in their divorce proceedings via her social media accounts.

On Lorraine she said that Gruffudd’s public confirmation on Instagram of a new relationship with his Harrow co-star Bianca Wallace was “every woman’s nightmare”.

At this stage, with so much public heartache, Alice is verging on self-harm and needs to do an intervention on herself by signing off social media while she recovers.

ASDA be a joke 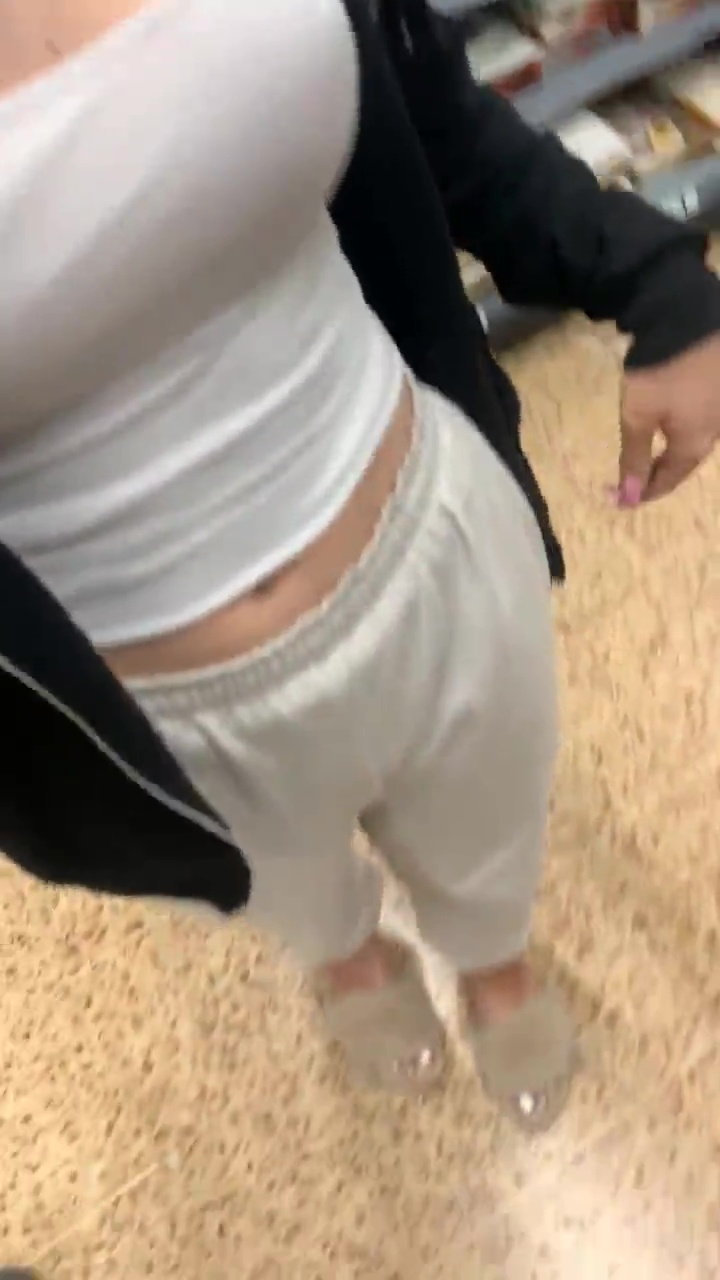 WOW! Who knew there was a dress code for going to Asda?

A shopper was kicked out this wek after being told she was “basically naked and shouldn’t be there”.

The woman, a 22-year-old student named Jaiah, was nowhere near naked, she was wearing a hoodie, crop top and jogging bottoms.

Apart from the fact the worker who asked her to leave has no place telling her what to wear, even if she was wearing a bikini I find this story chilling.

Is this the UK? Or Saudi Arabia?

CAVE IN TO GOLF 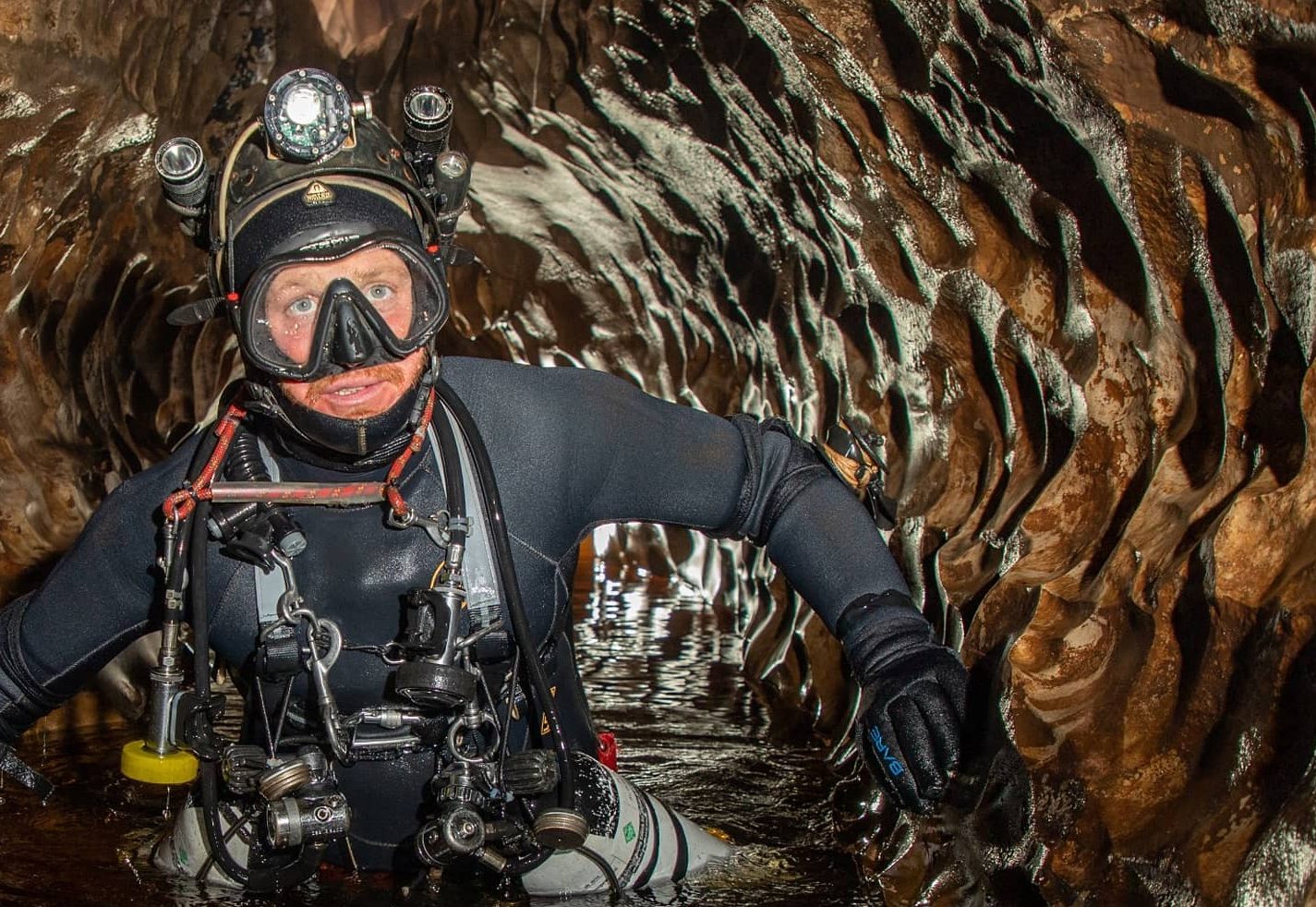 SORRY, but I don’t quite understand why George Linnane is being treated as some sort of hero after a nearly three-day operation to rescue him from a cave system.

Don’t get me wrong. Of course it’s good news this caver survived.

Company director Mr Linnane, 38, was pulled out alive despite suffering a host of serious injuries including a broken leg, jaw and collarbone after falling 50ft off a ledge.

The rescue operation was in Wales’s Brecon Beacons.

It culminated in Mr Linnane, from Bristol, being carried out of the Ogof Ffynnon Ddu caves on a stretcher at 7.45pm on Monday evening, having spanned 57 hours and involving a team of 250 rescuers.

If you need a hobby, then why not just go and play golf? 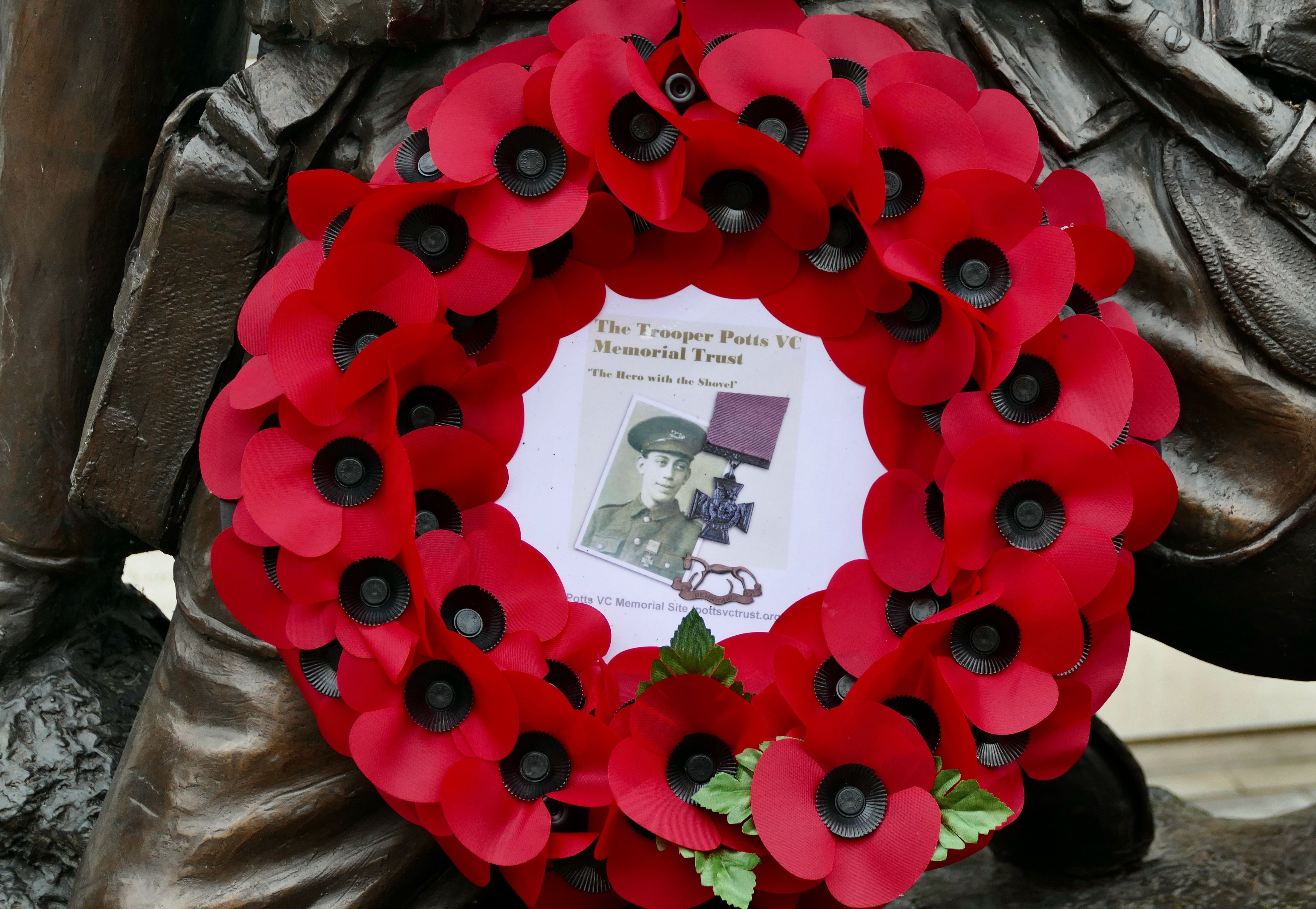 YOU do not need to have had family who fought in the wars to be moved by Remembrance Day.

Just thinking about how many men and women died so we could live a free and democratic life overwhelms me with emotion. Today we are surrounded by stories and reminders of the individuals who fought. That is the good thing about Remembrance Day – it forces us to reflect and not to forget. If you ever wonder why remembering atrocities from the past is important, bear in mind that one in ten adults under the age of 40 have never even heard the word Holocaust, let alone understand the shocking horrors of what it involved.

Armistice Day, when World War One ended at 11am on the 11th day of the 11th month in 1918, is even further back, with no survivors left to tell the tale.

So it is up to us to remember, to tell their stories, to pay respect and give thanks to the people who died so we could live the life we enjoy today.

And we must never, ever take them for granted. 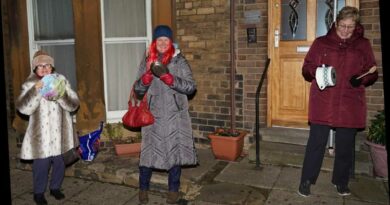 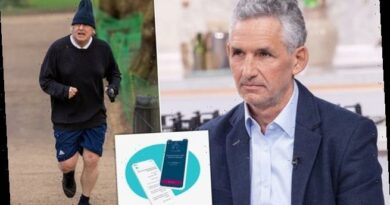