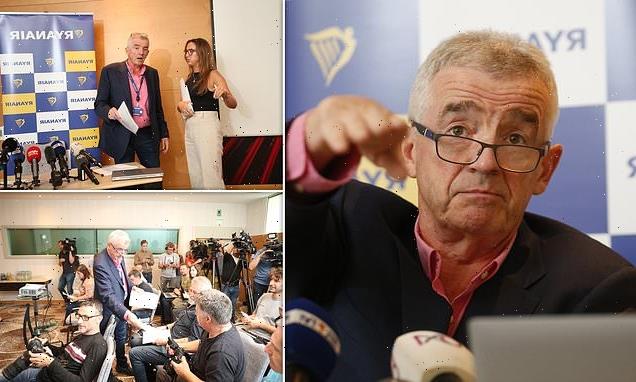 Ryanair chief executive Michael O’Leary today warned of an ‘extremely challenging’ winter amid the surge in fuel costs as he said the airline will withdraw its planes from an airport in Brussels amid a row over rates and taxes.

The move announced at a press conference in the Belgian capital today will result in a third of the Irish company’s budget flights disappearing from Brussels Zaventem, which is the main airport in the city, until at least next March.

Mr O’Leary said it was due to a planned rise in airport rates and the introduction of a flight tax – adding that airport charges are 300 to 400 per cent higher at Zaventem than at Charleroi, which is the other major hub in Brussels.

He had previously hoped to expand operations at Zaventem, but the airport is now reviewing its rates – and the Belgian federal government in April introduced a flight tax of $2 (£1.70) to €10 (£8.70) depending on destination.

Mr O’Leary said today that Ryanair will not return to Zaventem until the airport reduces its rates and the flight tax is removed, reported Belgian newspaper De Standaard. The 61-year-old added: ‘This winter is going to be extremely challenging, with higher fuel costs, so an increase in airport charges like in Zaventem is not sustainable.’

It comes after Ryanair confirmed last week that it would close its base at Athens International for the winter – from the end of this October to the end of next March – due to the airport operator’s ‘dysfunctional’ charging scheme. This will see the airline remove two planes from the airport, reducing scheduled flights by about two thirds. 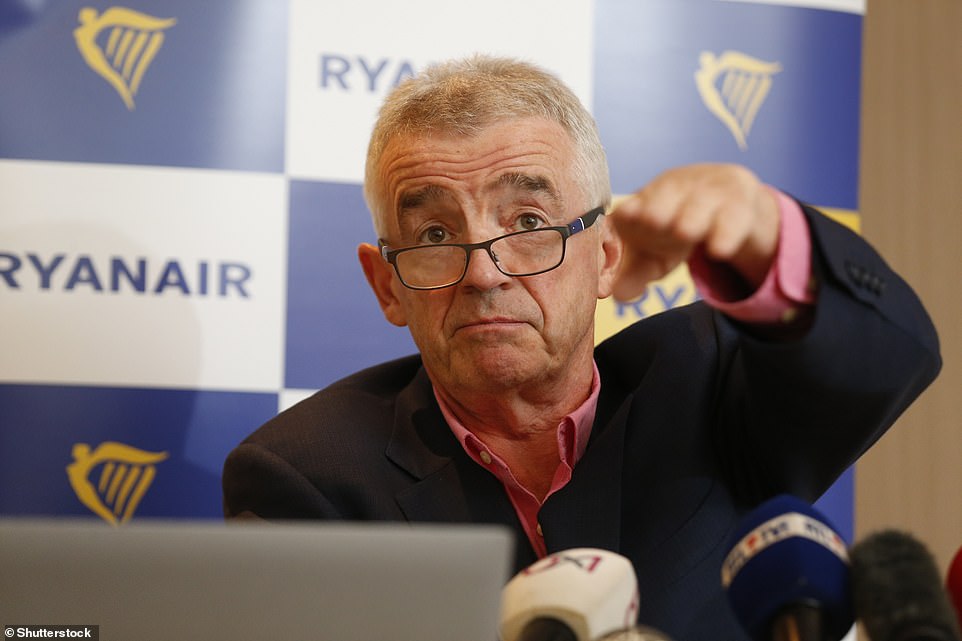 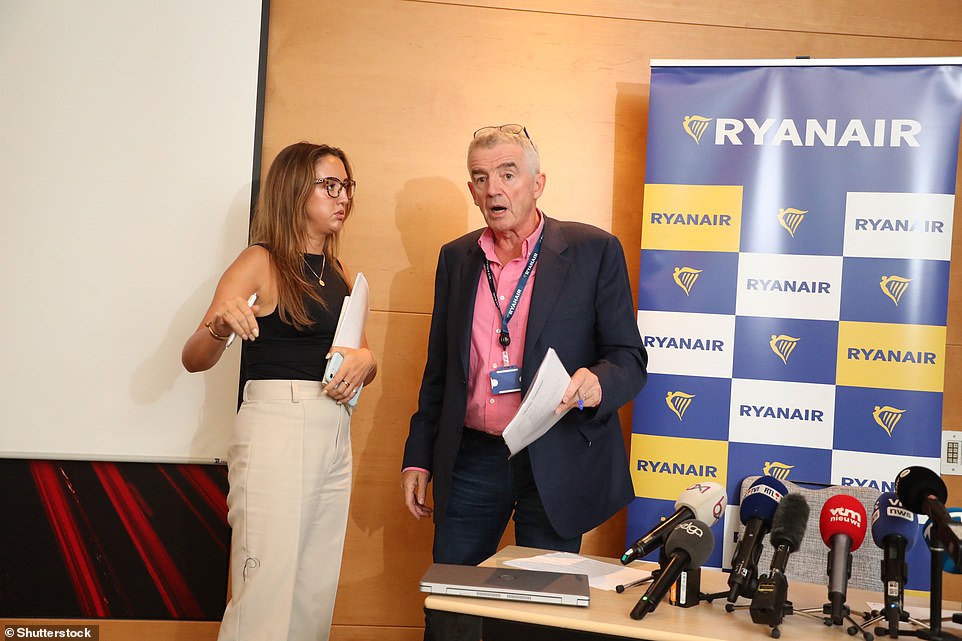 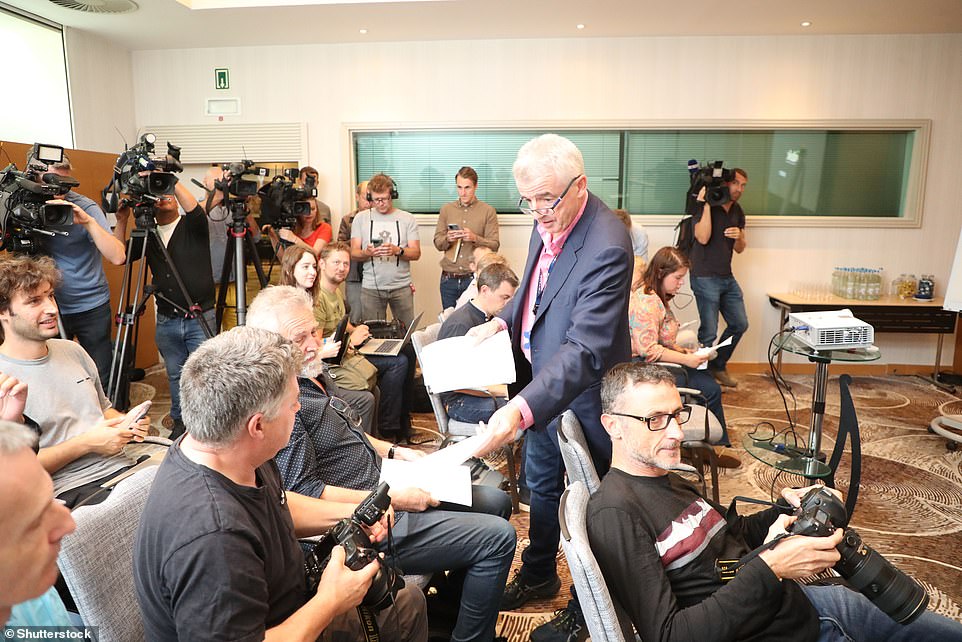 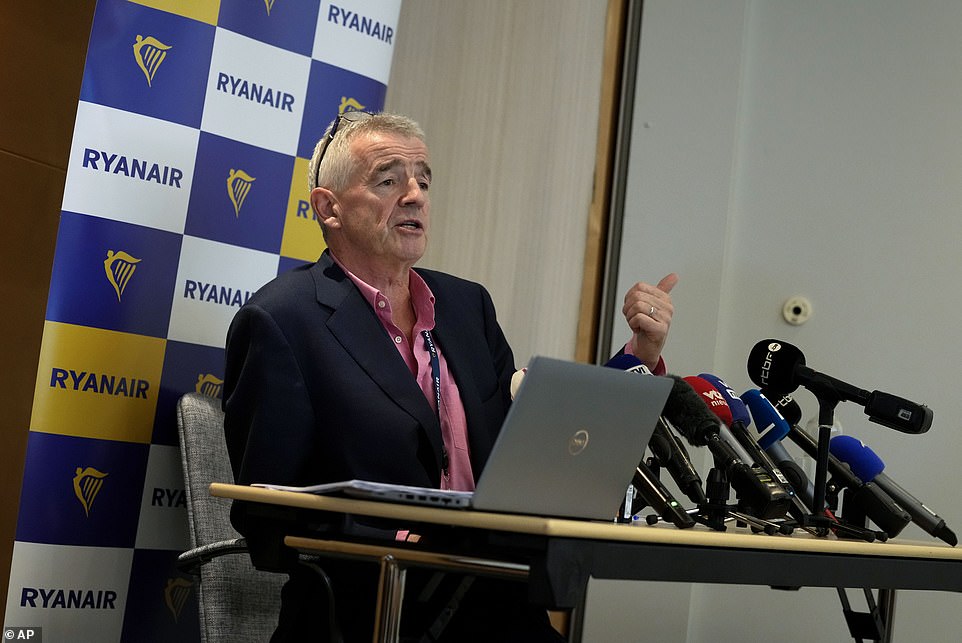 Ryanair has faced strike action from Belgian pilots and cabin crew this year in protest at working conditions, but Mr O’Leary said this did not influence the move out of Zaventem and had ‘barely impacted’ operations.

Mr O’Leary said that the 80 Ryanair staff currently based in Zaventem will be moved to Charleroi or other airports in neighbouring countries, ‘at less cost’, adding: ‘They can stay in warmer places than Brussels this winter.’

Ryanair should have two planes at Zaventem and about 15 at Charleroi – but the two planes in Zaventem and the accompanying flights will now be removed, in a decision that will take effect from the end of September.

According to Belgian broadcaster VRT News, Mr O’Leary said: ‘The bad news is that we will be closing our base with two planes in Zaventem from the end of October. This is due to the higher costs at Brussels Airport and the impact of that crazy and discriminatory tax that has been imposed on us, introduced by the Belgian government.’ 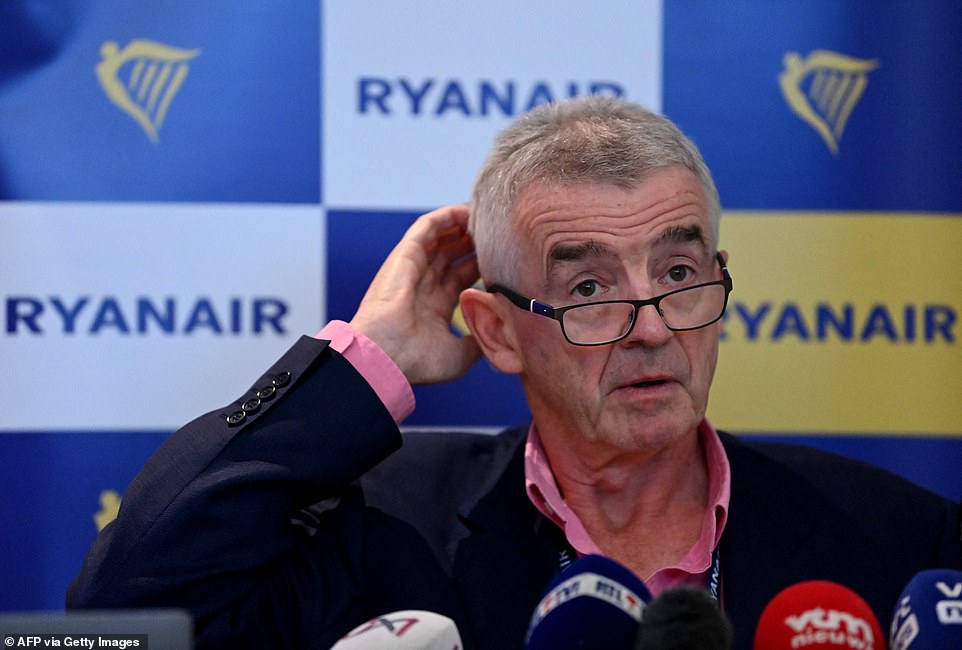 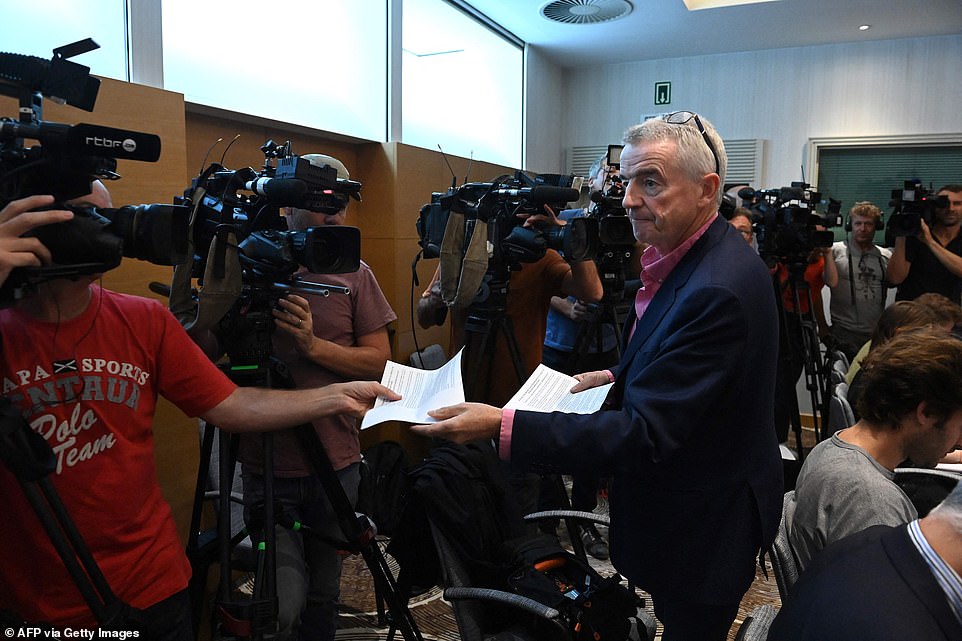 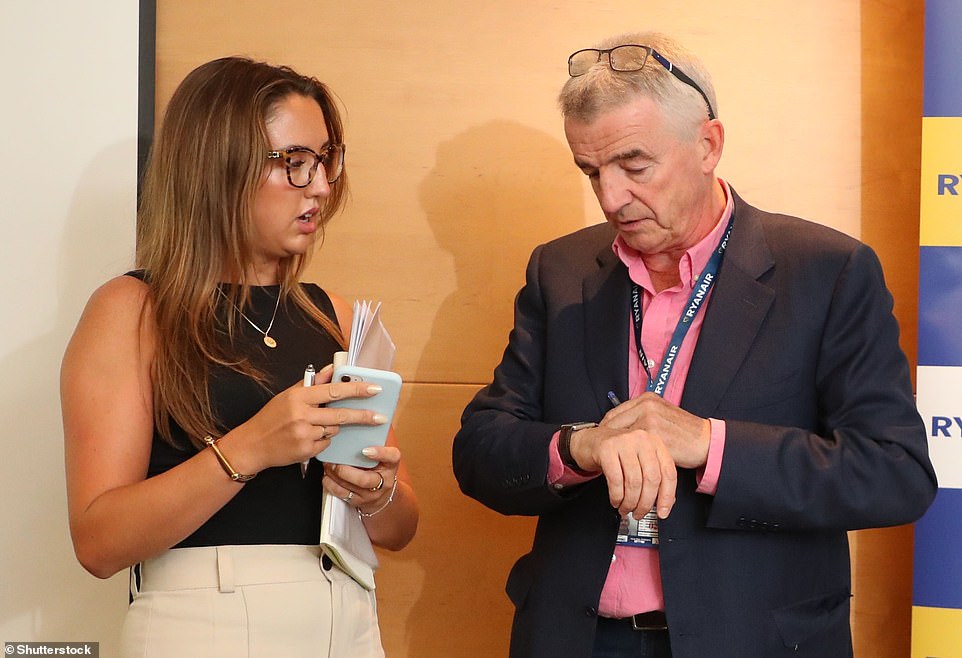 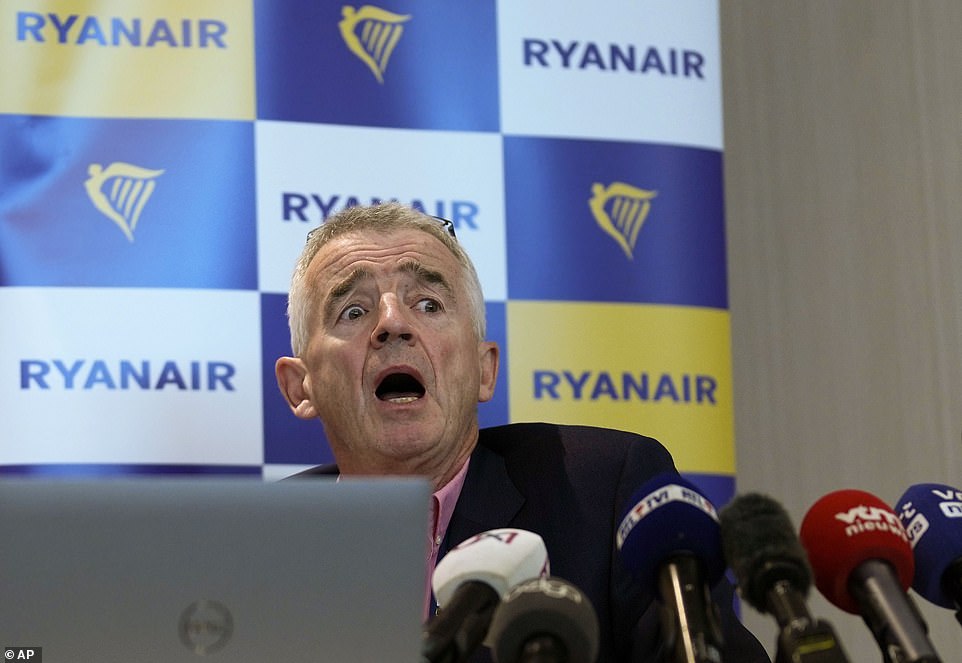 Aviation expert Riadh Bahri told VRT: ‘O’Leary has already threatened this five times in recent years, he already called Brussels a problem. But it does have an impact on the 80 employees and the many tens of thousands of people who wanted to leave with Ryanair from Zaventem next winter.

‘Ryanair evaluates every six months where they want to start or wind down their activities, they will do that again. You heard it with O’Leary, he doesn’t talk about Zaventem with much love. That airport is eight times more expensive to fly than Charleroi.’

Last month Ryanair taunted British Airways over its cancellations chaos as it triggered a price war by announcing one million new winter seats. Mr O’Leary mocked BA for being unreliable and branded its home, Heathrow, as ‘hopeless’.

This move came on August 23 after the flagship carrier axed more than 1.8million seats from 11,258 flights between then and next spring, an 8 per cent cut in services.

The cancellations were blamed on staff shortages which continue to paralyse the industry, and so that BA can comply with Heathrow’s cap of 100,000 departing daily passengers, now extended into autumn.

Ryanair has been looking to cash in on the debacle with a million extra seats on more than 10,000 winter flights to and from 20 airports. It means the airline will run a record number of flights this winter, priced from £29.99. 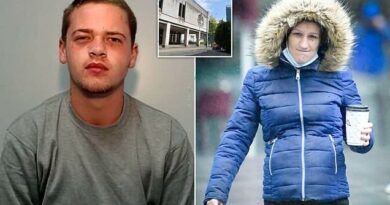 Couple who shook son googled: 'What happens when u strangle a baby' 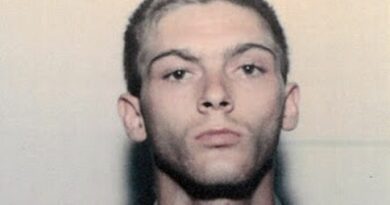