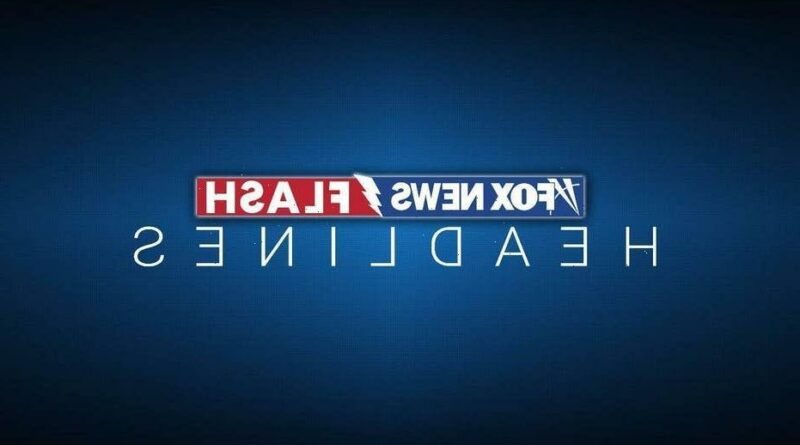 Michigan student Elizabeth Turner is fighting back after her public high school told her not to include certain religious content in her upcoming valedictory speech for graduation.

Hillsdale High School Principal Amy Goldsmith took issue with the portion of Turner’s draft that mentioned her belief in Jesus Christ, according to a complaint obtained by Fox News. Sent by First Liberty on Wednesday, the complaint alleges that the Michigan school violated federal law allowing private religious speech at school events.

Turner’s draft speech read: “For me, my future hope is found in my relationship with Christ. By trusting in him and choosing to live a life dedicated to bringing his kingdom glory, I can be confident that I am living a life with purpose and meaning.”

“My identity is found by what God says and who I want to become is laid out in scripture. Whether we want to admit it or not, not one of us can be certain of how our lives will unfold, but we do know that trials will come. The reality of this is that we face an unpredictable future, and while we are making all these plans to prepare, ultimately none of us are promised tomorrow, making it all the more important to make today count.”

A screenshot attached to the letter shows Goldsmith highlighting that portion in a Google doc and urging Turner not to use religious language.

“[Y]ou are representing the school in the speech, not using the podium as your public forum,” said Goldsmith.

“We need to be mindful about the inclusion of religious aspects. These are your strong beliefs, but they are not appropriate for a speech in a school public setting. I know this will frustrate you, but we have to be mindful of it.”

Even though Turner’s remarks would be given at a public graduation, First Liberty argued that they constituted private and legally protected speech. 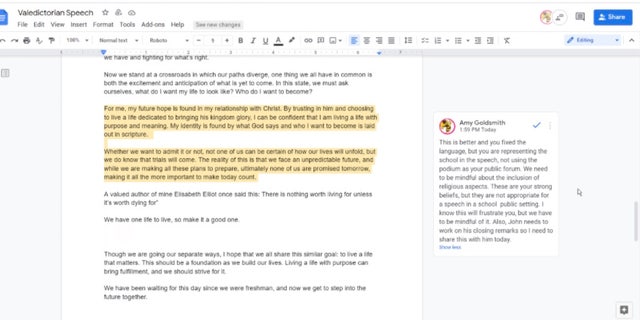 In a separate chat window, Goldsmith told Turner that she “added more content of a religious and focus on death nature so this was not clear to me.”

Turner also told Goldsmith via email that she didn’t think she could give her speech under the circumstances outlined. “I don’t agree that we should avoid the topic of tragedy and death because that is part of everyone’s future. I understand what you are saying but for me, this is a time for my peers to elevate our lives and to choose how we want to live since we’re not promised tomorrow and I don’t want to write a speech that won’t be meaningful just to check off the box … for me, my personal future relies on my faith and I also want the freedom to be able to address that in my speech if the opportunity arises.”

Goldsmith replied: “I think one can call for a life of purpose without overtly using the words death and tragedy. While there is a degree of freedom to the content of your speech, there are also considerations of what the content and message should be at a commencement celebration and it’s [sic] appropriateness for the audience.”

Goldsmith also purportedly told Turner in another conversation that she would be speaking on behalf of the school.

That conflicted with U.S. Department of Education guidance, First Liberty argued. Guidance issued in January of 2020 shows the department stating that “[s]tudent remarks are not attributable to the school simply because they are delivered in a public setting or to a public audience.”

Goldsmith did not respond to multiple requests for comment. 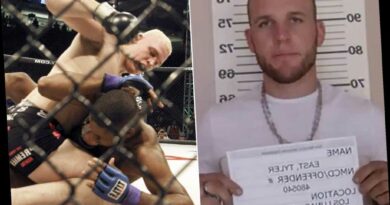