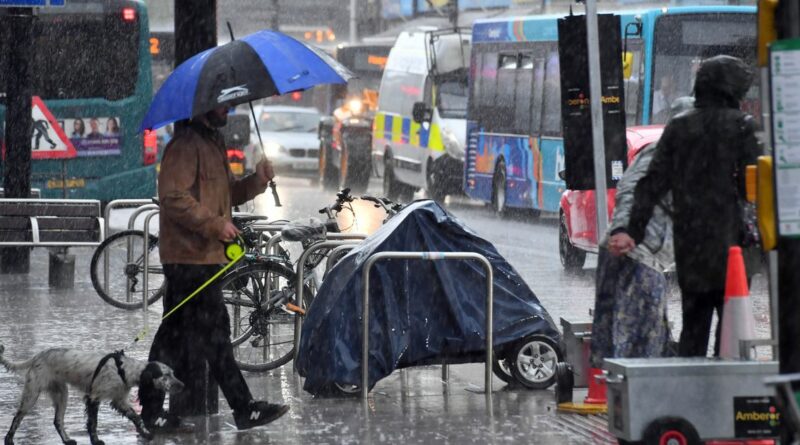 The UK will be lashed with heavy and torrential downpours over the next three days.

The Met Office has told Brits that "persistent rain" will be joined by "unusually warm" weather this week.

The wet and muggy weather will add to the washout week Brits have already suffered so far in early October.

Yellow weather warnings for rain and wind have been issued by the agency for the islands in the north-east of Scotland with heavy storms expected, and they advise it is likely that spray and flooding on roads will "make journey times longer".

At the same time, the mercury is expected to climb up to 19C in the south-east of England on Thursday and Friday, making it warmer than some southern parts of the continent.

Over the next 24 hours, it will be windy in the northwest of the UK, with rain arriving in Scotland and Northern Ireland early in the day. This will be especially heavy over the hills.

Into the evening, the Met Office says it will be "drier and clearer in most areas, including most of England and Wales, with some patches of fog present.

The fog is set to clear on Friday, leaving sunshine across most southern parts of the UK.

Do you want it to snow this month for a rare 'White Halloween'? Let us know in the comments below!

Beyond this weekend however it will start to feel a lot chillier, and we could be seeing the first flakes of snow landing on the ground as soon as the middle of next week.

Temperatures are expected to plummet in what the forecaster is calling a 'colder spell', while some areas in Scotland have already begun preparing for possible snowfall.

"Likely areas to be affected are the Scottish mountains as well as higher ground in northern England and northern Wales."

The predictions raise the possibility of a 'white Halloween', a rare weather event in which snow falls on the spookiest night of the year, October 31.

For all the latest news, sign up for one of Daily Star's free newsletters here.